Despite the discrimination in budget allocation and educational assistance suffered by the Israeli Arab sector, the Druze town of Beit Jann has achieved record high graduation rates. 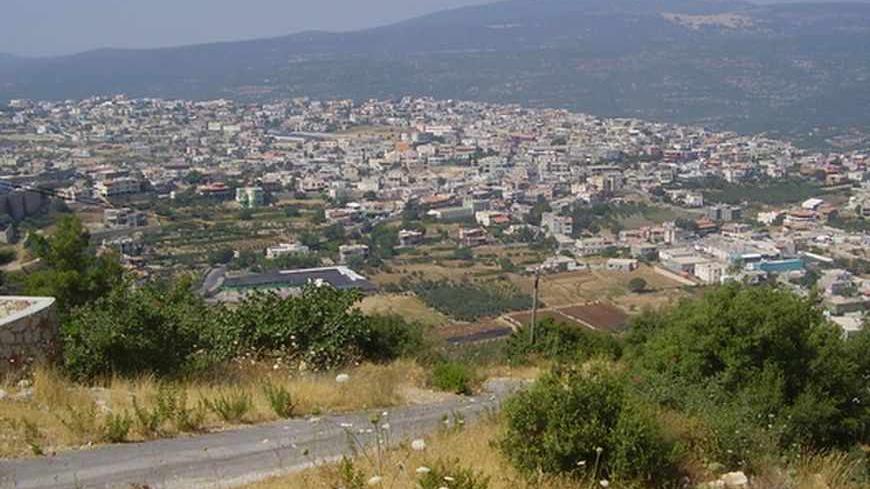 The Israeli Druze village of Beit Jann, located in Upper Galilee, is pictured in this photo taken July 10, 2012. - Avishai Teicher

Beit Jann is a Druze village in the Upper Galilee with a population of about 11,500. According to a study by Israel’s Central Bureau of Statistics, the village is ranked low in terms of socioeconomics. The data also shows that the average wage of an employee in Beit Jann for 2011 was 4,726 shekels per month ($1,300). For the sake of comparison, the average wage in Israel at the time was almost double that, at 7,522 shekels ($2,000).

But as it turns out, there is one area where Beit Jann can’t be beat. According to data released Sept. 1 by the Ministry of Education, Beit Jann is ranked third in all of Israel for the percentage of students eligible for a matriculation certificate. Over 85% of the village’s students successfully completed their exams and are eligible for graduation. With this, they have surpassed wealthier towns in the center of the country like Herzliya, Raanana and Ramat HaSharon, and left towns like Rehovot, Rishon LeTziyon and Netanya far behind.

Beit Jann’s students have not only succeeded in doing better than their Jewish peers — more importantly, they have overcome the discriminatory policies of Israel’s Arab education system. For years, Israel’s Arab students were written off as abysmal failures in everything pertaining to education. For example, the dropout rate of Arab students is significantly higher than that of Jewish students. In all, some 20% of Arab students fail to complete 12 years of school, and more than 40% are ineligible for a matriculation certificate.

“The main cause of this inequity is the different attitude that the system (composed of the Ministry of Education and the local authorities, teachers, principals, parents and the students themselves) displays toward people from different classes, communities, religions and national groups in Israel. This divergent attitude results in vast differences in the quality of learning, and as a result of this, in educational achievements,” states a report by the Adva Research Center published in April 2013. The report focuses on the Ministry of Education’s policies concerning school budgets. The Adva Center itself has focused for years on the study of Israeli society, investigating equality and social justice in the country and denouncing bigotry and discrimination.

The report also states, “Schools differ in the number of standard hours at the principal’s disposal, the richness and diversity of their curricula, the size and age of their buildings, the quality of equipment, the scope of ancillary services provided by the local authorities, the extent of parental contributions to costs and the size of their budgets granted by the local authorities.”

The Ministry of Education’s budgetary policies and guidelines are in no way clear, and considerable data are lacking. The size of parental contributions, for example, is something that is not talked about at all, but it could be an indicator of the differences between wealthier and less affluent localities in Israel. The ministry allows for minimal and maximum payments from parents. In more affluent towns, the school administration and the parents’ committee determine the maximum sum to be collected. In towns like Beit Jann and most of the other Arab settlements in the country, which rank toward the bottom of the socioeconomic scale, only the minimum amount is charged, and the collection rates are considerably lower. This immediately results in a gap between schools in different regions.

A 2010 report from the Committee to Investigate Arab Education revealed how deeply entrenched the discriminatory policies affect the Arab education system. Some 97% of Arab settlements are positioned in the four lowest clusters of the socioeconomic index, while only 45 out of 82 Arab settlements are included in the government's “National Priority for the Periphery” program, for which 20 billion shekels has been budgeted until 2020.

“This index institutes and perpetuates a discriminatory national policy toward Arab society in general and Arab education in particular,” states the committee's report. “Arab education’s share of the total budget for pedagogical programs is less than 2% — less than 20 million shekels, out of a total of 1 billion.”

A single Druze village has succeeded in overcoming all these dismal statistics, discrimination and lack of support from the state. All because of one school principal, a man by the name of Ali Salalha, Beit Jann was able to beat these dry figures, a culture of discrimination, the lack of trust and low expectations. He was full of motivation when he arrived to work at the only high school in the town, armed with a fervent desire to defeat a prejudicial government system.

It took him a decade, but Salalha was able to improve the students’ achievements in Beit Jann by 700%. It’s an inconceivable, stirring story, and it says something about willpower and tenacious insistence. Despite all the obstacles that he had to face along the way, he finally reached the point at which everyone stared in awe and admiration at what he had done.

“First and foremost, you have to be open-minded," said Salalha after his achievement was made public. "I am open, flexible and quick. I don’t forget anything. I value teamwork. I delegate authority. I am introspective, and I ask others to critique me so that I learn from my mistakes, together with my staff. That way, we can make progress. I didn’t make changes to the teaching staff. I didn’t bring in better teachers or worse teachers. I said, ‘We’ll work together as a team.’ As soon as you introduce this level of motivation, everything will rush forward.” He added, “Deputy battalion commander, deputy regiment commander … I don’t like any of that. I like regiment commanders. I like the chief of staff. I want us to be chiefs of staff when it comes to education.”

This use of military terminology is not foreign to the residents of Beit Jann. Israel’s Druze citizens serve in the army, and Beit Jann alone has lost about 50 of its sons in Israel’s various wars.

This achievement by Salalha and his team was considered to be so extraordinary that some people were quick to claim that the remarkable increase in the number of students eligible for a matriculation certificate resulted from deceitful administration of the exams themselves. Salalha rejects these claims out of hand.

“When I assumed my position, I put a stop to copying and other forms of cheating. There are two or three students who are caught copying every year, but that’s it. I am dealing with moral issues, and I am a big believer that people who cheat have no future.”

Beit Jann’s incredible achievement does not reflect on the overall Arab education system in Israel. It did, however, cast a spotlight for a day on the issue of education in general and Arab education in Israel in particular. It will take many long years for all the other Arab students in Israel to beat a system that offers them no support and that openly discriminates against them.

In Beit Jann, however, they are already planning how to come in first in all of Israel for the number of students eligible for a matriculation certificate next year. Only one question seems to weigh heavily on the people of this town: Having succeeded in their matriculation exams, will Beit Jann’s students succeed in the Israeli job market? Will they be given an equal opportunity to succeed?