Israel Will Pay for Obama’s Hesitancy On Syria

Israel should expect little in return for its support of US President Obama's policies on Syria. 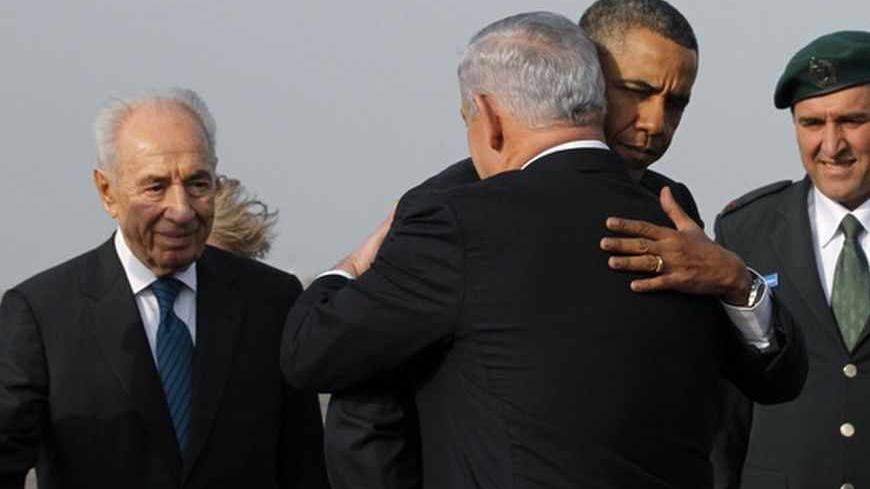 Bill Quandt, a member of the National Security Council during the Nixon and Carter administrations, does not usually “give high marks to Prime Minister Benjamin Netanyahu.” He said as much himself, right after giving Netanyahu high marks for the way he has been dealing with the current US administration over the past few weeks. We sat down for an hourlong chat on Tuesday [Sept. 10] shortly before the start of the Yom Kippur War Conference, which brought him to Israel for a brief visit. We talked mostly about President Barack Obama, Syria, Russia and Netanyahu.

“He doesn’t say a lot, and that’s a wise move,” Quandt said about Netanyahu. He then moved on to what he described as “an interesting philosophical question”: Do governments behave generously toward one another because of “favors that were done in the past, or because of favors that they hope to receive in the future”? It’s a relevant question, because Israel has been going above and beyond what one might have expected over the past few weeks in its efforts to maintain the US president’s dignity as he stumbles his way through the minefield that is the Syrian crisis. Not only is it preserving his dignity. It is actually helping him, whether it is through the advice that it gives him, or whether it is with a wink and a nod, which makes it easier for Israel’s Jewish friends in America to take action in Congress in support of the president.

Is this what Israel has to pay for the improved relations with Obama during his second term, or is it a down payment for some future favor that it expects to receive from the president on the Iranian or Palestinian issues?

As I write this on Tuesday evening, it's still too hard to tell what direction the Syrian crisis, this drama that turned into a farce, will ultimately take. If there were anything worth learning about the Middle East in the last two years, it was that it is much wiser to avoid making predictions and to focus on the present. Nevertheless, it seems as if one somewhat amusing outcome can already be suggested: It's very likely that two leaders that Obama doesn’t much like — Netanyahu and Russian President Vladimir Putin — will have him in debt to them by the time this crisis is over.

Putin might have provided Obama with the diplomatic ladder he needed to avoid diving off the wobbly wooden scaffolding that he built for himself. Without a majority in Congress, and without a majority among the American public, the way out offered by Putin is the only option that will allow Obama to walk away from this crisis with a reasonable outcome. As for Netanyahu: He did his share by sparing words and ensuring that his colleagues in the Cabinet stopped wagging their tongues (Housing Minister Uri Ariel had a hard time restraining himself, but he was immediately called to order: “Don’t act without thinking or behave irresponsibly before our American ally, just to win the headline of the moment,” Netanyahu rebuked him at the weekly Cabinet meeting [Sept. 1]). And then there is the fact that with his silence, Netanyahu hinted to that ominous “lobby” that when the president asks for help, it is well worth responding.

The effort required of Israel to show its support during the past few weeks should not be taken lightly. In this case, silence is not an admission that the president is right or that his actions are wise. Almost no one in Jerusalem could avoid watching in stunned awe at the way Obama handled the crisis. Almost no one thought that the US got any stronger by avoiding a decision. Almost everyone was shocked by the zigzagging and the unfulfilled promises, the lack of leadership and the reluctance.

The Israeli leadership and the Israeli public too (apart from a few prominent journalists) were never taken in by Obama’s charm. What has happened over the past few weeks only served to prove to Israelis that they were right all along. As an international leader and the world's policeman, he's a failure, and it makes no difference, as far as Israel is concerned, whether this failure is intentional or the result of unintended circumstances. It makes no difference whether this is a president who has no interest in the rest of the world, or a president who simply doesn’t know how to use his power and influence in the global arena. The result is the same: Israel’s most important backer, a country whose power is a fundamental component of Israel’s ability to deter attacks, is rickety and worn out. The Israeli public’s instinctive suspicions about Obama are being proved, in hindsight, to be quite reasonable, but only fools would find any joy or comfort in that.

Israel is paying and will yet pay a steep price for Obama’s reluctance. After all, a weak cop is a breach in the wall, just asking criminals to come on in. Moreover, Israel is also paying and may yet pay a steep price for the public support that its friends in America gave to the president, since there will be those who will accuse the “lobby” of provoking an attack, an accusation that might erode Israel’s standing with the American public. And the lobby won’t even have the pleasure of showing off his political strength. As of now, at least, the presidential goal it supports seems far from getting even a slim majority in Congress.

It is reasonable to assume that Israel will expect payback from Obama for the harm he caused it — harm that it accepted without making a peep. It makes sense that Israel will want something in return. It could be America’s silence, instead of an accusing wag of the finger, in the likely event that the peace talks with the Palestinians fail. Or it could be American acquiescence to an Israeli strike against Iran at some time or other. And there are plenty of other ideas to think up.

But the matter of how Israel will be compensated is little more than “an interesting philosophical question.” Quandt recalls how Yitzhak Shamir’s government responded to the US request/demand that it restrain itself during the first Gulf War, and how then-President George H.W. Bush and his Secretary of State James Baker rewarded it, by sending it kicking and screaming to the Madrid Conference [1991]. The American government got what it wanted, but it did not consider itself obligated to compensate Shamir accordingly. The Obama administration could well act the same way.

After all, this line of behavior lies at the heart of the grievances made against him. That is, that his policy is not a policy, as the red line he drew with Syrian President Bashar al-Assad proves. His friends are not friends, as the way he abandoned former Egyptian President Hosni Mubarak proves. His word is not reliable, as the way he ran running scared to Congress clearly proves as well.

In other words, the Israeli silence is a good thing, as long as you don't expect too much in exchange for it.

Shmuel Rosner is a Tel Aviv-based columnist, editor and think-tank fellow. He is the senior political editor for the Jewish Journal and writes the daily blog "Rosner's Domain." He is the chief nonfiction editor for Israel’s largest publishing house, Kinneret-Zmora-Dvir. On Twitter: @rosnersdomain

by Murielle KASPRZAK and Joseph SCHMID | AFP | May 26, 2022
END_OF_DOCUMENT_TOKEN_TO_BE_REPLACED