Iranian ministers are implementing a social media strategy, which is being challenged in some conservative quarters. 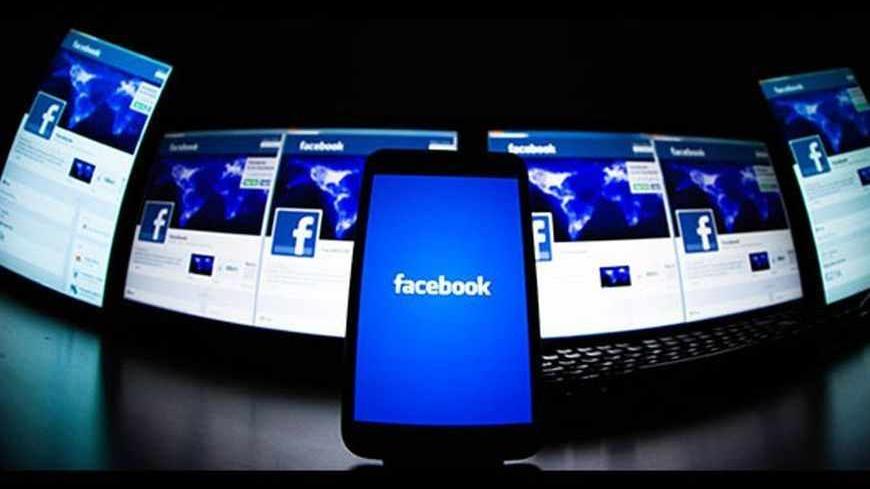 The loading screen of the Facebook application on a mobile phone is seen in this photo illustration, May 16, 2012. - REUTERS/Valentin Flauraud

A correspondent in Tehran
September 16, 2013

TEHRAN, Iran — On Saturday. Sept. 14, the Facebook page of Iran’s foreign minister Javad Zarif was hacked for a few hours. A passionate post in support of those killed in the 2009 post-election unrest, along with harsh criticism directed at the Islamic system and Supreme Leader Ayatollah Ali Khamenei was written on Zarif’s behalf. A few hours later the comment was deleted and Zarif wrote that his page was “illegally entered” and, “If this situation continues, I might have to shut down my Facebook page.”

More and more Facebook accounts appear claiming to belong to members of President Hassan Rouhani’s cabinet, and they are encountering problems and creating controversy, surprisingly forcing the Iranian government to re-examine its views against a medium that was much maligned after the 2009 election protests.

It was not that long ago in November 2011 that Iranian authorities held an exhibition in which Facebook, along with YouTube and Google, were literally stoned, mirroring the stoning of the devil ritual in hajj pilgrimage. But now much has changed, apparently.

Iran’s foreign minister Zarif joined Facebook in February 2009. However, he maintained a limited presence until after Rouhani's election. Now, his page has over 200,000 Likes, still far behind the 300,000 members of 2009 presidential candidate Mir-Hossein Mousavi who, along with his wife Zahra Rahnavard, has been under house arrest for almost 1,000 days. Although the Twitter account of Zarif has been verified, his Facebook page (which he says is managed by him and his family) has still not been verified. He told usersvia Twitter that he would be using Twitter to communicate in English and Facebook to communicate in Persian, although he has written Facebook posts in English from time to time.

A page for Bijan Namdar Zangeneh, the Minister of Energy and Petroleum, was opened but it has been denied that this account belongs to him. A Facebook page for Eshaq Jahangiri, the senior vice president, has also opened but the posts are rather innocuous and lacking meaningful content, causing some to doubt as to its authenticity. A page was also created for Marzieh Afkham, the spokeswoman for the Ministry of Foreign Affairs, and the initial posts in the page looked as if they really belonged to her.  When the number of Likes increased, however, the administrator of the page posted messages insulting former Supreme Leader Ayatollah Ruhollah Khomeini and current Supreme Leader Ayatollah Ali Khamenei. Afkham was forced to quickly announce that she has no Facebook page.

Unlike the other Facebook accounts claiming to belong to other members of Rouhani’s cabinet, Zarif tends to use Facebook in a unique manner. He raises problematic and controversial issues, such as the Syrian crisis, and encourages citizens to participate in academic discussions and, from time to time, personally responds to their comments. His active presence on Facebook may be one reason hackers targeted him.

Farzin Vahdat, a sociologist and a former instructor at Harvard and Yale, who is currently a researcher at Vassar College, has written numerous articles and conducted interviews in the past four years regarding the social characteristics of the Green Movement. He is pleased with the use of Facebook by a member of Rouhani’s cabinet.

“A phenomenon such as Facebook cannot fill all the social gaps which exist in a modern society; however, it has managed to put a lot of people in contact with one another,” he said. “In most cases, this connection is horizontal; it is between people who are from the same social background. Nonetheless, Facebook can also create vertical connections such as the connection between the politicians and the citizens. In a democratic society, politicians gain their legitimacy from the people and by fulfilling people’s demands. Communication tools play a very important role in achieving this principle and Facebook has in many cases managed to step into this role effectively. ”

Some believe the foreign minister's presence on Facebook is connected to a campaign promise to bring about less restrictive policies. A professor of communication in Tehran told Al-Monitor, “I think Rouhani sent his forces to Facebook so that he could break the taboo associated with it. This way, the site would become an officially accepted site and this could result in the filter on Facebook being removed. This is a demand which was set forth by many of his young supporters back in June. ”

Prior to the 2009 election, Facebook was twice filtered and then unfiltered. However, after the unrest that followed the election, it was again blocked and it remains blocked to this day, although on Sept 16, some social media users in certain cities reported that they were able to access Facebook and Twitter without using proxies. Various reports suggest that Facebook’s status is under review. However, Iranian Internet users reported today that Facebook and Twitter are once again blocked.

Last week Mohammad Reza Agha Amiri, a member of Iran's Task Force on Filtering, told Mehr News Agency that Facebook could be “conditionally” unblocked. However, on Saturday, Sept. 14, the group’s secretary adopted a radical tone and said: “Facebook has a treacherous and Zionist nature.” Mohseni-Eje’i, Iran’s Attorney General, was asked whether the time has come to unblock Facebook in Iran given that government officials are actively using it. He answered: “If instances of criminal activity are removed from Facebook then unblocking it can be a possibility.” Otherwise, he added, “nothing will change.”

It appears that there has been pressure from certain institutions of power in Rouhani’s government as well. The minister of communication has told ISNA that a special committee has been set up in order to address the issue regarding the presence of certain government officials on Facebook. It is still not clear what will be the role of this committee.

In the unlikely case that Facebook becomes unblocked in Iran, Zarif must learn how to manage this new terrain. When Zarif initially said that he would leave if his account continues to be hacked, he was widely criticized for the apparent retreat.

Saeed Shariati, a member of the Islamic Iran Participation Front (a prominent Reformist group), Asadollah Amraee, a famous Iranian translator, and well-known members of the Student Movement, as well as some journalists, have left him comments asking him not to give up and instead to take security measures more seriously.

One Facebook user wrote “our foreign minister, who is a veteran diplomat, is supposed to resolve one of our most fateful international crisis of the last two decades at the negotiation table. [So] you can’t pull back with one hacking. The website of The New York Times was hacked not too long ago, so The New York Times publication should completely close down? There are a thousand and one ways to increase your security. Instead of cutting your connection to tens of thousands of people, there is a correct path to utilize measures for full security.”