Western aims in Syria are proving to be at odds with the Turkish government’s expectations. 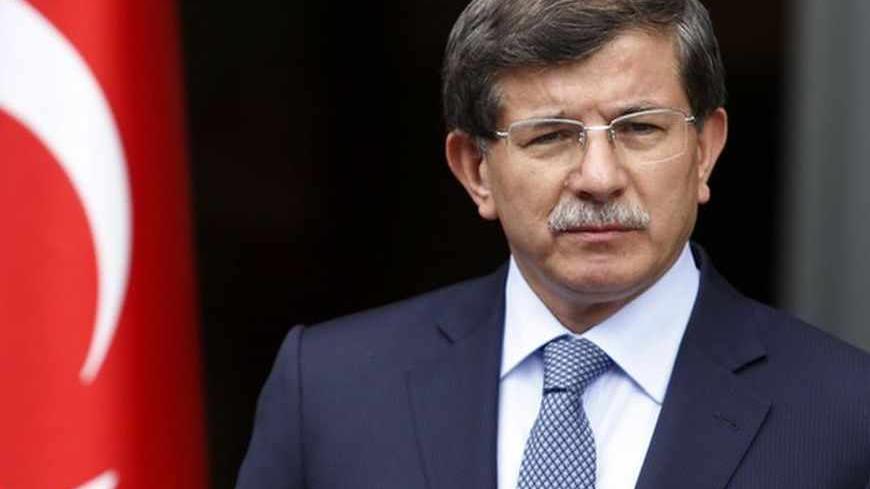 Turkey continues to strongly encourage its NATO allies — the United States, Great Britain and France — to mount a military operation in Syria after the alleged use of chemical weapons by forces loyal to President Bashar al-Assad in Ghouta, near Damascus.

The reluctance that has crept into the approach of these countries after their initial show of determination is a source of frustration for the government of Prime Minister Recep Tayyip Erdogan, who is seeking immediate action against the Assad regime.

As Washington, London and Paris continue to debate what actions will be taken against the Assad regime, statements from US officials — together with similar statements from Britain and France — indicate that Ankara is at odds with its allies over the aims of any military strike against Syria, if and when this takes place.

In the backdrop to all this, Islamists and supporters of the Erdogan government in Turkey are facing a serious quandary over the prospect of a US-led operation against an Islamic country, and are confused over how to react.

Fielding questions in Washington on Aug. 27, White House spokesman Jay Carney ruled out the option of using military force to oust Assad, a statement that was met with coolness by Turkish government sources.

“I want to make clear that the options that we are considering are not about regime change. They are about responding to a clear violation of an international standard that prohibits the use of chemical weapons,” Carney said. He added that the United States believes that “resolution of this conflict has to come through political negotiation and settlement.”

Speaking during a press conference on Aug. 29, on his return from official talks in Saudi Arabia, Turkish Foreign Minister Ahmet Davutoglu, for his part, referred to the very existence of the Assad regime as a danger.

“The existence of a regime next door to our country that is barbarically using chemical weapons against its own people is a risk factor in itself. We have never tried to change or to topple a regime anywhere. But we have taken a clear stance against the regime in Syria that is openly committing a crime against its own people,” said Davutoglu.

The public also learned this week through a written question on Syria submitted to Prime Minister Erdogan in parliament on Aug. 29 that Davutoglu had spelled out Turkey’s intentions concerning Syria back in July. The text addressed to Erdogan refers to a belated response on July 15 by Davutoglu to a written question submitted to him in parliament by Atilla Kart, a deputy from the main opposition Republican People's Party back in February.

“What is at the bottom of Turkey’s support for the Syrian people and the Syrian opposition is the responsibility and the will to contribute to the establishment of a new Syria, where democracy and peace are dominant,” Davutoglu said, indicating that Turkey is seeking an end to Assad’s rule.

Certain remarks by US President Barack Obama this week, in an interview with PBS on the occasion of the 50th anniversary of the March on Washington by civil rights supporters, also raised eyebrows in Ankara's government circles and contributed to the sense of frustration.

“I have not made a decision, but I think it’s important that if, in fact, we make a choice to have repercussions for the use of chemical weapons, then the Assad regime, which is involved in a civil war, trying to protect itself, will have received a pretty strong signal, that in fact, it better not do it again. And that doesn’t solve all the problems inside of Syria, and, you know, it doesn’t, obviously, end the death of innocent civilians inside of Syria,” Obama said during the interview.

Apart from reflecting reluctance about military action against Syria, these remarks also include an acceptance of the fact that any military strike will not be the panacea Ankara seeks. Obama’s words to the effect that the Assad regime is involved in a civil war and trying to protect itself also fall contrary to the narrative the Erdogan government has maintained on Syria.

Erdogan and Davutoglu continue to reject the civil-war argument, saying instead that what is happening in Syria is that a brutal dictator is attacking his people. But even Islamists in Turkey are finding it difficult to go along with this narrative and are turning against the Erdogan government's encouragement of Western countries to bomb Syria.

Ali Bulac, a prominent Islamist intellectual and commentator for Zaman, for example, argued in his column on Aug. 29 that it was time to criticize the government’s Syria policy. Maintaining that “the West is getting ready to deal a blow to a Syria that is dying in front of our eyes,” Bulac claimed that the West’s intention was to ensure that Islamists, including Iran and Hezbollah, do not seize control in that country.

“Everyone lost in Syria. Starting off with Turkey, Iran, Islamists, all of us lost. Kings, emirs, sheikhs, Israel and perhaps the post-modern crusaders who are trying to settle in the region appear to be the winners,” Bulac wrote.

Bulac went on to declare that Davutoglu’s foreign ministry had totally misread, “from A to Z,” the socio-political and military configuration in Syria where, he said, nearly 45% of the population continues to support Assad.

Bulac’s commentary reflects anger with the government’s policy on Syria. An opinion piece by Ibrahim Karagul, the editor-in-chief of the pro-government Yeni Safak on Aug. 28, on the other hand, reflects the confusion reigning among Islamists over the prospect of a Western-led military operation in Syria.

Pointing out that we are on the verge of such an intervention, Karagul said he was “pained” to see this, writing, “If only regional countries could have intervened themselves. But we know this is impossible, and, given this impossibility, that the Syrian people will continue to die.”

Arguing that “the despots in Damascus will be responsible for any outside intervention and invasion of Syria,” Karabul went on to ask what the best stance to take would be in the face of a Western intervention. He wrote, “Let’s face it, we were left with no choice. The oppression is such that we have no strength left to say no to an intervention. This is the price the tyrants in Damascus are making us pay.”

The overall picture Ankara faces today is one in which the “coalition of the willing” is turning into the “coalition of the reluctant,” and Western aims in Syria are proving to be at odds with the Erdogan government’s expectations. In addition to this, public and political opposition in Turkey to military involvement in Syria is mounting, while the government’s natural grassroots supporters are angry and confused over the prospect of another Western intervention in the region, this time egged on by Turkey. Against such a backdrop, Erdogan and Davutoglu appear set to face much more frustration over Syria in the coming days and weeks.