The expected US strike presents an opportunity for Israeli Prime Minister Benjamin Netanyahu to rebuild his relations with President Barack Obama — an imperative when dealing with the Iranian threat. 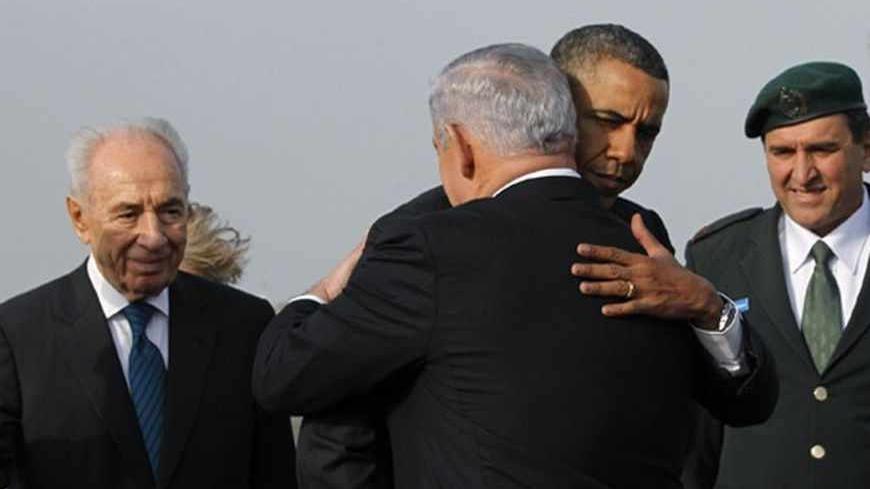 It is no secret that relations between Prime Minister Benjamin Netanyahu’s office and the White House are chilly, but the coming days could provide Israel’s prime minister with an opportunity to fix them. Syrian President Bashar al-Assad — at least for now — can be thanked for that. Close cooperation provided by Israel to the Americans during an attack on Syria will remind them that at crunch time, the strategic alliance between the two countries is far stronger than their leaders themselves.

Unlike the diplomatic negotiations with the Palestinians — which have limped along for the past four years — or future plans discussed behind closed doors to stop the Iranian nuclear program, this time what is on the books is a significant concrete event. It is likely to take place in the coming days, which will provide up-to-date justification for this alliance.

For Netanyahu, this is an excellent opportunity to demonstrate to US President Barack Obama that Israel is a loyal and intimate ally in the region that can be relied on in major issues in times of crisis. Proof of this could come in the form of the military, tactical and strategic coordination that already exists between the two, and mutual intelligence aid. According to foreign media reports, “the smoking gun” on Syria was provided to the Americans by Israeli intelligence, based on an intercepted phone call.

Preparations for an event on such a grand scale, which could spiral out of control, require round-the-clock coordination and demonstration of complete confidence among the sides involved, a fact that on its own brings the two countries closer and serves as a confidence-building tool in rehabilitating Obama-Netanyahu ties.

Netanyahu, who is considered to have caused the deterioration of the relationship with the United States to its lowest ebb ever during his second term, might become the closest ally of the US president in the coming days and earn Obama’s undying gratitude.

Other than the intelligence that Israel has provided the Americans — according to foreign sources — and which one might assume will be provided in the future, the United States will judge Netanyahu by the extent of the restraint he practices in the face of a Syrian provocation toward Israel, should one occur.

The closest example of such behavior is, of course, that of then-Prime Minister Yitzhak Shamir during the first Gulf War in 1991. Shamir did not get dragged into an Israeli response, despite the dozens of Scud rockets fired by then-Iraqi President Saddam Hussein toward central Israel. Even when his defense minister, Moshe Arens, argued that Israel had to respond to the Iraqi attack, Shamir acquiesced to the US demand and left Israel out of the game.

That event strengthened ties between the two countries, turned Shamir into a levelheaded and responsible leader in the eyes of the United States and Israeli public opinion and paved the way for the Madrid Conference in October 1991.

There’s great similarity between then and now. As long as Assad isn’t dragged into an attack on Israel, Netanyahu will not face any dilemma. But from the moment Assad attacks and Israelis pay a price with their lives, Netanyahu — who made sure to threaten in recent days that he would respond forcefully — will find himself with a completely different scenario, and the similarity with 1991 will be no more.

As long as the situation remains similar, the United States expects Israel to keep a low profile in the region, as reflected in the declarations of Netanyahu and Defense Minister Moshe (Bogie) Ya’alon and chief of staff Benny Gantz, which were coordinated with the Americans. The message of all three was the same: Israel is not part of the US assault, but if attacked, would respond with force. All the other government ministers were forbidden to express themselves on the Syria issue. Netanyahu, for his part, has delivered the goods. So far, he is not blustering and behind the scenes he acts as a true ally.

If this enables a strengthening of relations between the countries, and events in Syria do not become entangled, Netanyahu might gain public popularity in Israel as well. He can restore some of the support he lost among Israel’s political mainstream in the last elections.

Even if he is eventually forced to lead Israel into a military response, a correct handling of events will grant him considerable advantage over anyone from inside or outside the political system who schemes to replace him. Already now, Finance Minister Yair Lapid and Economy and Trade Minister Naftali Bennett look like high school students compared with him, as far as management of defense issues go, so that events in Syria simply deepen the gap between him and them.

In addition, if Obama is pleased with the cooperation with Netanyahu, this will be reflected in world and US public opinion. It will tag Netanyahu as a great, responsible leader, thereby wiping out forever the previous four years of deteriorating relations. Such a state of affairs might also provide Netanyahu with a merit badge vis-a-vis those who claim that he worsened Israel’s international standing.

As for the United States, it might discover once again that despite the mutual suspicions on the part of Netanyahu and Obama, Israel is the ultimate US ally in the region — as a democracy, as an island of sanity and the one which provides a military hinterland in war. Given such a state of affairs, US military aid — $3 billion annually — is pocket change to preserve the close ties between the two countries.

The United States, for its part, will have to prove that it is an intimate friend of Israel and supply it in real time with the information it needs on the timing of the attack or other intelligence information that will help it defend itself. Unlike Israel, European leaders are far less devoted.

In addition, successful team work between the two countries and the two leaders will pave the way for important tasks ahead: not only the diplomatic negotiations with the Palestinians, which were renewed in recent weeks with US help, but first and foremost the Iranian problem — the solution of which Netanyahu regards as a personal and historic mission. A close degree of cooperation now will prove to Obama that he can rely on Israel and strengthen prospects for future cooperation against Iran.