With a small party in a right-wing coalition, Justice Minister Tzipi Livni has only two options if she wants to survive: to ensure that Prime Minister Benjamin Netanyahu conducts negotiations with the Palestinians in good faith, or to pull out of his government. 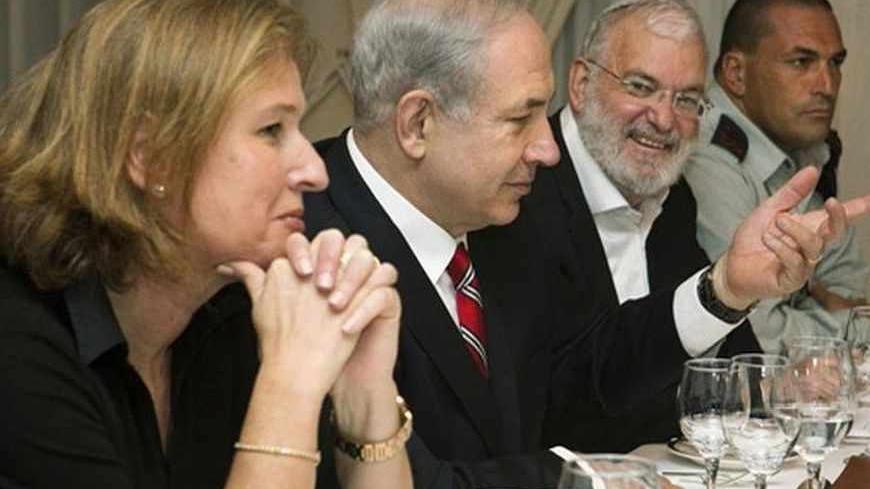 Five years after conducting talks with the Palestinians at the behest of then-Prime Minister Ehud Olmert, Justice Minister Tzipi Livni will return on July 30 to the negotiating table in Washington. In the previous round she was foreign minister and member of a large, powerful ruling party; today, she is justice minister and chairs a small party — Hatnua — imprisoned in Prime Minister Benjamin Netanyahu’s right-wing coalition. Given these worsened conditions, will Livni be able to prove that — unlike former Defense Minister Ehud Barak in Netanyahu’s previous government — she is not simply a diplomatic fig leaf?

To Livni’s regret, this does not depend on her alone. The extent of success in the talks will be determined by others, just as their relaunch was a result of the stubborn efforts of US Secretary of State John Kerry. The future of the negotiations depends mainly on Netanyahu and Palestinian Authority (PA) Chairman Abu Mazen (Mahmoud Abbas) and on the political and public backing they each get for a historic peace agreement. The head of the Hatnua Party cannot lead an independent move when she is accompanied to Washington by attorney Yitzhak Molcho, a close associate of Netanyahu and his personal envoy to the talks.

Nonetheless, after four frustrating years in the opposition, Livni is keen to get back to diplomatic negotiations — an issue she regards as her primary public mission. Livni supported the two states for two people solution back when she was still in the Likud Party, and today, too, she sees it as the only way to preserve Israel as a democratic and Jewish state. That is the reason, as she recounted in the last election campaign, that she left the Kadima Party and established the Hatnua Party.

In conversations with party colleagues, Livni claims that she believes Netanyahu’s intentions toward the talks with the Palestinians are sincere. Nonetheless, at this stage she is still under suspicion for agreeing to generalizations by the prime minister regarding his commitment to the negotiations, only because she was horrified at the thought of spending another few years in the opposition. That is why she held back when radical right-wing HaBayit HaYehudi joined the government, although its leader, Economy and Trade Minister Naftali Bennett, vehemently opposes a division of the land of Israel.

Four years ago, with 28 Knesset seats as the head of Kadima, Livni spurned an offer from Netanyahu to share with him the prime minister’s term, including a promise that she would serve as foreign minister and lead negotiations with the PA. She believed then that she was about to be appointed prime minister without having to share. Instead, she crashed on the public stage and was left without any real political power. As for Netanyahu, no one in the Likud believes he has undergone a deep-seated ideological transformation; the assessment is, rather, that he is being dragged to the negotiating table under US and European pressure and out of concern for the loss of Israel’s legitimacy in the eyes of the world.

Despite all of the above, Livni has an important role to play in the upcoming negotiations. While she will not be leading them, she can make sure that they are, in fact, taking place and that the prime minister is acting in good faith and not just using the talks to mark time.

Livni will return this week to her beloved meeting rooms and negotiating tables. She will hold secret talks, will come and go and get to check the Palestinian pulse up close. She has already amassed hundreds of “peace talk” hours during the Olmert years, so she will likely be able to identify the extent of Netanyahu and Abu Mazen’s seriousness. That is why she has a moral obligation to her voters — almost 200,000 people who voted for her just because of her commitment to the diplomatic process — to oversee the talks closely and to be sufficiently honest with herself and warn the public if she discerns that they are not being conducted at an appropriate pace or with the required seriousness.

In the eyes of Netanyahu and of former Foreign Minister Avigdor Liberman, Livni is not a center court player in the current government. She lacks the political power of Finance Minister Yair Lapid and his Yesh Atid Party, and even that of Bennett and his HaBayit HaYehudi Party. She cannot pose a threat to any of them, and they never had much respect for her or her activity on the diplomatic front. If anything, they tended to denigrate her.

Livni is a part of the government today because Netanyahu wanted Hatnua’s six Knesset seats; in return he granted her the privilege of conducting negotiations, the essence of which is unclear. She was saved from the complete political oblivion that would have followed another few years in the opposition at the head of an “instant” political party lacking a moral and ideological basis, and he got to strengthen his coalition. The unnatural partnership is grounded in political considerations and not in the prime minister’s yearning for a resumption of the diplomatic process.

This was also why  Barak was part of Netanyahu’s previous government. Barak, a former prime minister who claimed to be the head of the Israeli peace camp, found himself in a government paralyzed on the Palestinian front for four years, unable to achieve a thing. Eventually, he withdrew from politics, but not before bringing about a split in the Labor Party he headed at the time. This is exactly what Livni must avoid. She must draw red lines for herself and be sufficiently courageous to pull out of the government if she realizes that the negotiations are going nowhere, as her party member, Knesset member Amram Mitzna, told Al-Monitor. Otherwise, she also might find herself with a split party.