The Israeli cabinet approved the national development priority map, adding to it more settlements in the West Bank. 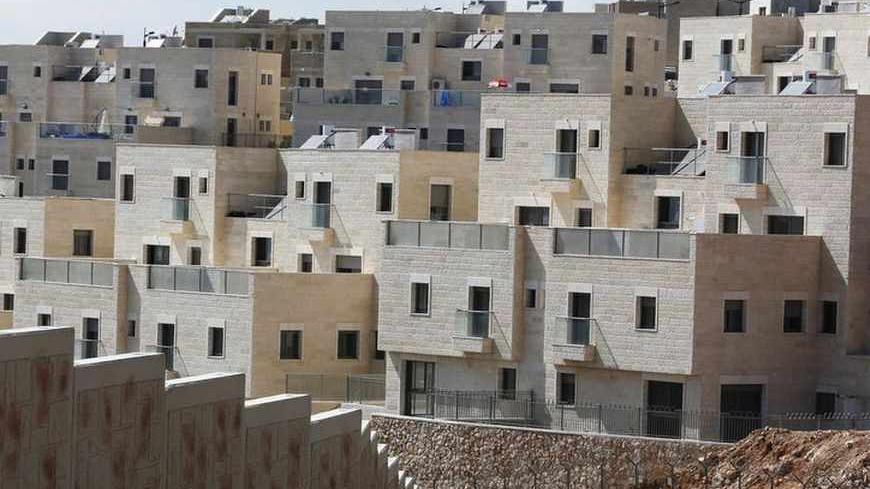 In an effort to increase the settlement’s population, it was included in the national priorities map released this week, Aug. 4, by Prime Minister Benjamin Netanyahu's government, along with such settlements as Bruchin, Rechelim and Sansana. The Israeli government only declared those latter three settlements legal a year ago. According to figures released by the Judea and Samaria Council, representing the West Bank settlements, Sansana is home to some 46 families, another 100 families live in Bruchin and Rechelim has just 60 families. It would seem that these settlers are considered more valuable than the hundreds of thousands residents of Kiryat Gat, Kiryat Malachi and other towns on the northern or southern periphery, which truly need substantial aid and preferential treatment in order to correct years of neglect.

Israel’s national priority map provides a general outline as to which localities the government will offer benefits and incentives worth millions of shekels, in such fields as education, employment, infrastructure and urban development. Similarly, the government provides enormous tax benefits to residents and entrepreneurs who want to invest in any area defined as a national priority zone. Many localities throughout Israel fight to be included in that list of settlements that receive preferential treatment, so that they can improve their circumstances and the quality of life of their residents, who live some distance from the center of the country.

For years, the criteria used by policymakers to determine which localities would be included in the national priority map were the locality's geographical location, the need to reduce socioeconomic gaps within Israeli society, economic stability, plans for population distribution and the absorption of immigrants. The latter criterion of immigrant absorption was especially important when late Yitzhak Rabin was prime minister (1992-1995), since some 1 million new immigrants from the former Soviet Union arrived in the country at that time, and entire Israeli cities (like Karmiel and Upper Nazareth) doubled their populations within just a few years.

Defining a locality as a national priority zone ensures that investors and entrepreneurs who decide to establish a factory or business there will receive substantial benefits. Intel, an enormous international corporation, built a factory in Kiryat Gat in the south, which was included on the national priority map at the time, and received such benefits and government support. Kiryat Gat, with its 55,000 residents, is no longer included on Netanyahu’s new map.

As of now, the Netanyahu government has defined another criterion: the security situation in the region. This decision was intended primarily to grant some measure of legitimacy to these settlements, which were considered illegal outposts until just a year ago. That is how tiny settlements like Sansana, Rechelim and Bruchin made it onto the list. On the other hand, in a settlement with just 46 families, there really is no need to overcome the socioeconomic divide or assist in the absorption of immigrants. Nor is the criterion of nationwide population distribution relevant. If, for the past 30 years and more, Ma’ale Michmash had a population of no more than 1,300 people, it is doubtful that the village would start to attract Israelis from the center of the country over the next few years.

Isolated settlements situated in the heart of Palestinian areas are unattractive to investors. Is there any Israeli investor, not to mention entrepreneurs and foundations overseas, who would decide to establish a company in such a dangerous area, which also happens to be considered by most of the world an obstacle to peace? Would any self-respecting firm risk establishing a factory in the occupied territories, knowing that its products would be boycotted in so many places around the world? Who would squander money by investing in an isolated locality with a population of just a few dozen families? And were the peace talks underway in Washington even taken into consideration when deciding to include these settlements in the national priority map?

The “security situation” doesn’t deserve to be a consideration when determining which of the country’s regions are a national priority. The Qassam and Grad rockets fired at Israel from the Gaza Strip took their toll, first and foremost, on the population of the south. During Operation “Pillar of Defense” in November 2012, the people of Kiryat Gat and Kiryat Malachi spent whole days in their bomb shelters, daily life came to a halt, schools were shut and businesses suffered grievously. Cabinet ministers promised to help these towns, and politicians were eager to have their picture taken standing beside homes that were destroyed or surrounded by children in shelters. But as soon as the rocket fire stopped and the television cameras left, those ministers fled the south along with them. The aid that was promised to Kiryat Gat and Kiryat Malachi never materialized, and as a bonus, these two towns were excluded from the new national priority map.

Netanyahu and his government have created a map of political priorities intended solely to help the settlers and to provide backing to both the settlements and the HaBayit HaYehudi party. The map put no thought into the country’s overall well-being, and certainly not into the current state of negotiations with the Palestinians, for which prisoners with blood on their hands will be released from Israeli prisons. This map is proof that the Netanyahu government has no interest in the peace process, and that its sole objective is to ease at least some American pressure, while at the same time establishing facts on the ground. The new national priority map proves that the Israeli government gives preferential treatment to the settlers, at the expense of citizens living within the Green Line.