A new, wealthy and religiously conservative middle class has emerged with an expensive taste for style and fashion. 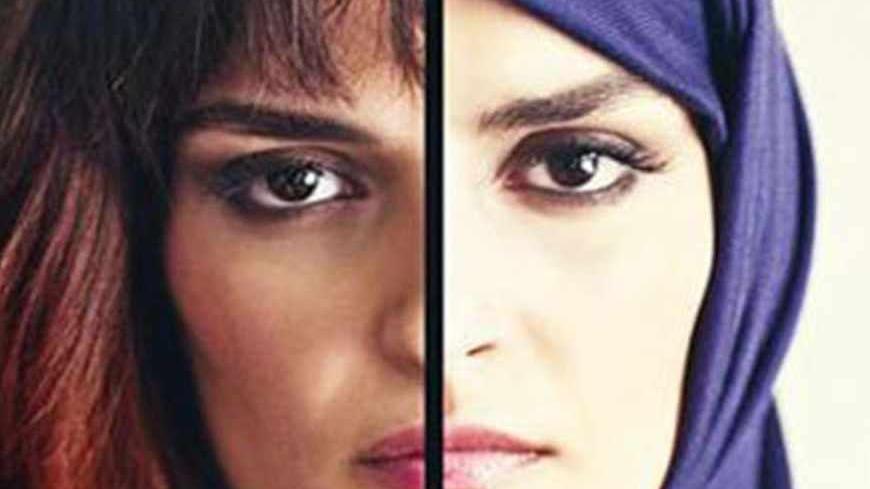 This split of Selin Demiratar, a popular Turkish actress, shows the split in society amongst the secular and the religious, the veiled and the not veiled, that is prevalent in Turkey. - REUTERS/Umit Bektas

Two things one might notice shortly after landing in Istanbul are traffic congestion and countless billboards on the side of the road. Advertisement displays by companies from various industries is not unusual. Yet, when it comes to apparel, what is peculiar to Istanbul is the broad palette of fashion styles, and hence the market. Thus, a gigantic billboard with a model wearing a headscarf may be placed right next to a billboard promoting bikinis. Turkish society is very diverse, so accommodating different needs in all aspects — fashion included — is a sine qua non for advancing Turkish democracy.

Reviewing reports on Turkish fashion over the last few years reveals a changing pattern of developments in the industry. In 2010, titles such as "Turkey Merges Fashion Industry Into Business" were common; a year later, it was "Spotlight On ... Turkey's Apparel Industry"; then, "On the Way to a Fashion Industry"; and finally in 2013, "Fashion Industry in Turkey Gains International Acclaim." Yet, the most interesting addition to the Turkish fashion industry portrait is a news headline such as "Turkish Fashion Designers Make Muslim Style Chic." This signals a clear evolution, both in Turkish society and its fashion.

First, it should be noted that luxury fashion is very trendy in Turkey. Both international luxury houses and high street brands are well-established, either via department store concessions with "powerful Turkish partners" such as joint venture operators or via monobrand boutiques. Last decade's economic boom paved the way for certain brands to open new stores, while “glamorous multibrand formats” also showed interest in the market. Demand is high, as confirmed by the fact that “French luxury firms present in Turkey have seen their turnover grow by an average of 30% per year over the last five years.” And while some talk about "Turkish unrest hurting luxury goods demand," others — such as Demet Mutlu, the founder of Trendyol.com who said, "However, the bigger picture suggests a much brighter scenario" — remain positive.

So, while Turkey's market place and demographics make it an “extremely attractive destination for international fashion brands,” the future direction of local brands remains in question. (A similar situation in countries such as Brazil resulted in a “fashion identity crisis.") According to Hg2 magazine, Istanbul has also become “home to an emerging group of conceptual designers and minimalist boutiques.” New examples of “up-and-coming designers,” are described as eclectic fusion of the “city’s reputation as an ancient and cosmopolitan marketplace."

Crucial for all this has been the rise of the “Islamic bourgeoisie," a new, wealthy and religiously conservative middle class. They demand branded goods, but also a different kind of design. The Turkish market is to satisfy the tastes of local conservative fashionistas with deep pockets.

Business on the side, the policy of official secularism throughout history took clothes to another dimension in this country. The Turkish government has traditionally banned women who wear headscarves from working in the public sector — teachers, lawyers and later also parliamentarians — and in 2006 included in this policy even women working in non-state institutions.

As anthropologist Jenny White points out in her book “Muslim Nationalism and the New Turks,” “the headscarf is another metacategory of threat that divides Turks, this time along lines of piety and secularity, but also over what it means to be Turkish (and by implication a Turkish Muslim and a Turkish woman).” The headscarf ban dates back to 1968, when a college student refused to remove her headscarf, while there was no official ban. The ban was legally imposed in 1989 and lifted partly in 2010.

Today, various forms of covering in Turkey, as White explains, hold a particular political message. For example, "tesettur" is a “long coat or tunic matched with a silk or polyester scarf tightly wound around the head and the neck, covering the hair entirely." Yet, whereas many use words such as "basortusu” for headscarf, secularists refer to it as a "turban." Then, there is "esarp," a kerchief loosely tied beneath the chin that reveals some hair, which according to White suggests, “Being culturally, but not politically Muslim.” With time, the logic of the headscarf as a threat has been perpetuated by "the ones who are in favor of the ban (who) argue that political Islamists deliberately turned the traditional covering style of women in rural Turkey into a “turban.”

Though the numbers of covered women have decreased, their public visibility in Turkey has increased. Consequently, numerous Turkish magazines for conservative Muslim women can today be found next to publications such as Vogue, and "tesettur brands" do really well. According to Zaman, whereas previously nonexistent, now numerous companies are  competing for the conservative market. One of the best known is Armine, with apparel and accessories sold in 400 stores around the world, and a gross profit of $56 million in 2012. Its founder's aspiration is to become the “conservative Hermes," as further stated in Bloomberg Businessweek.

Moreover, a rising number of fashionable conservative characters in soap operas such as Sukran, played by Sinem Ozturk in the famous TV show Huzur Sokagi, contributed to the great popularization of a new kind of style among covered girls and women. Esra Sezis, who worked on the show, claims to be the first "tesettur-style consultant" in Turkey, after previously having worked as editor for Ala magazine — currently the most-circulated women’s publication in Turkey.

One of her close friends is Gonul Kolat Susam, a fashionista-designer icon among headscarved ladies, with 190,000 followers (and counting) on her Facebook page. As a particular style of clothing is globally "being put into trending fashion focus by designers, bloggers and stylists who go by a range of names: hijabistas, hijabis, turbanistas," Turkey seems to have created its local share of the same.

It should be noted that so-called Islamic fashion is not unique to Turkey, but has become a global trend. Appearance of hijab fashion bloggers draws a different kind of attention to the headscarf — beyond religious stereotypes. Thanks to "fashion-forward glamjabis" — even in very secular France — business ideas are abound since now "at least for tens of thousands of young Muslim women hijab couture is a way of life." From Dubai and Jakarta to Istanbul and other cities estimates suggest the global Muslim fashion industry to be worth $96 billion, according to the French fashion university Esmod in Dubai, in the United Arab Emirates alone.

Even in Iran, "Islamic cover or hijab now comes in a profusion of bright shades and provocative styles," writes Barbara Slavin for Al-Monitor. She attributes this "to a somewhat lighter atmosphere in Tehran." And when the April 2013 issue of French Glamour magazine published an article asking readers whether the headscarf is glamorous and "a new fashion statement," the company whose headscarves were featured was overjoyed.

Back in Turkey, ambivalent reactions abound. Yet, the prejudice that Muslim women cannot give importance to chic clothing — while remaining moderate — as criticized by esteemed conservative writer Emine Senlikoglu, is withering away. And while the government's strategy for the clothing and textile industry suggesting annual exports to reach $100 billion by 2023 is commendable, it has a great responsibility — and opportunity — to not let out of sight nourishing also what I see as the "fashion of respecting others."

In other words, women wearing shorts or headscarves should be allowed to practice their individual beliefs through their personal clothing style — within the scope of both freedom of dress and freedom of religion. And the future direction of Turkish fashion should be one of celebration of multiformity. The beauty of democracy as a political system lies in its allowance for respectful existence of different identities. And what I call "moda a la turca" — as a positive formula — should further flourish in a global environment as the ambassador of society's richness.

Riada Ašimović Akyol is an independent analyst and writer. Her articles have been published by Al Jazeera Center for Studies and Turkish daily Today’s Zaman. She is doing her doctorate in International Relations at the Galatasaray University in Istanbul. On Twitter: @riadaaa