Though influential, Iraqi politicians claim Najaf religious scholars have no right to influence the state of affairs in the country. 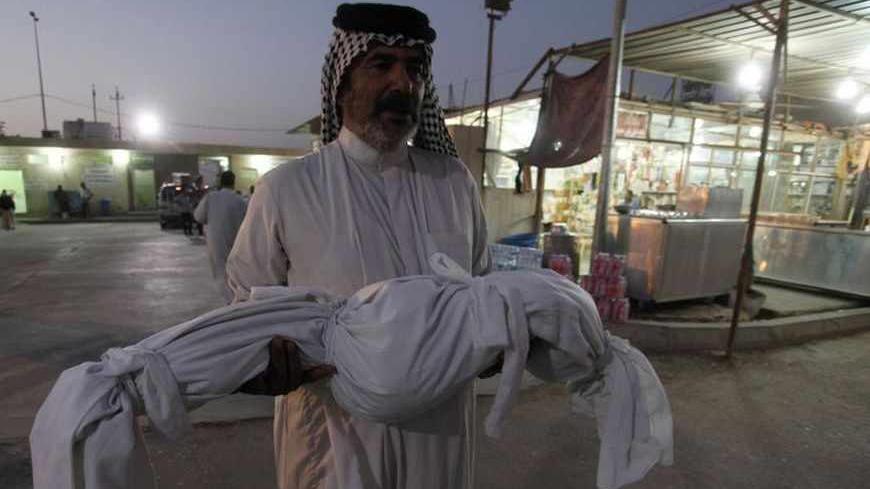 One of the paradoxes characterizing Iraq is that while the religious authority in Najaf has not called for religious governance and has even strongly opposed it — something that is historically rare — the religiously-oriented Iraqi government has been resorting to religious slogans and demands to cover up its failure in governance.

Each time the religious authority in Najaf demands that the government work on achieving the civil demands of citizens, it is met with offensive criticism or inattention by government figures.

Ever since the start of the political process in Iraq after 2003, Ayatollah Ali al-Sistani, the highest-ranking Shiite cleric in Najaf, has declared more than once that he demands a civil state be established in Iraq and that he is against the involvement of religion and clergy in the political sphere. Therefore, he has not allowed any of his affiliates to be engaged in the political process, either directly or indirectly. Sistani has not been biased toward any political party. He merely offered advice to the government, urging it to assume its civil responsibilities toward citizens.

In a recent statement by government figures against the religious authority in Najaf, Izzat Shahbandar, a prominent member of the State of Law Coalition, said that the Najaf authority does not have any power to criticize the government’s work and object to its failure in management. He added that there is a need to put an end to all those speakers who are trying to tarnish the Iraqi government’s reputation.

When he was faced with widespread criticism, Shahbandar replied that he is not the only one to criticize the authority in Najaf, and that many of the coalition’s members share the same opinion but do not openly declare it. It should be noted that two years ago, Sistani refused to receive any government figures, expressing his outrage and dissatisfaction with their unsuccessful performance in the government.

On Aug. 4, Safi criticized the deteriorating security situation in the country and the poor social services offered to citizens, demanding the Iraqi government to show some sense of nationalism and responsibility.

Karbalai said in July 2013 that the operation that freed detainees from the Taji and Abu Ghraib prisons is a “scandal,” urging the government to take effective measures to control the overall situation in the country.

Previously, during demonstrations in Sunni areas in Iraq, Sistani demanded that the Iraqi government positively address the demonstrators’ demands, warning against the use of violence. Sistani’s office also prevented the Iraqi government from dissolving parliament and holding early elections, as this would alienate Sunnis and pave the way for several hardliners of all stripes to enter parliament.

Moreover, Sistani’s representative Sheikh Hussein al-Yassin expressed his dissatisfaction with the government’s use of religious slogans in the public domain, saying that the government belongs to all Iraqis and not to one specific sect or doctrine.

Rachid al-Husseini, one of Najaf’s scholars, said that the government has been issuing threats to counter the religious authority’s legitimate criticism. It is trying to interfere in religious affairs by creating pro-government religious authorities that would support its partisan and factional interests.

In the same vein, a source close to Prime Minister Nouri al-Maliki told Al-Monitor that he has been following up on Friday sermons in Karbala with discontent. He added that he intends to arrest Safi and Karbalai, if necessary, as he considers them to be government employees affiliated with the religious endowment or waqf. He also said that the Islamic Dawa Party, to which the prime minister belongs, has been supporting journalists and websites seeking to make propaganda against Sistani’s representatives.

Amid this bitter dispute between the government and the religious authority in Iraq and the public discontent with the current status quo, it seems that the State of Law Coalition is unlikely to win the confidence of the Iraqi street in upcoming elections.