Despite dire warnings and threats from some Iranian officials, Tehran is unlikely to respond directly in the event of a military strike on Syria. 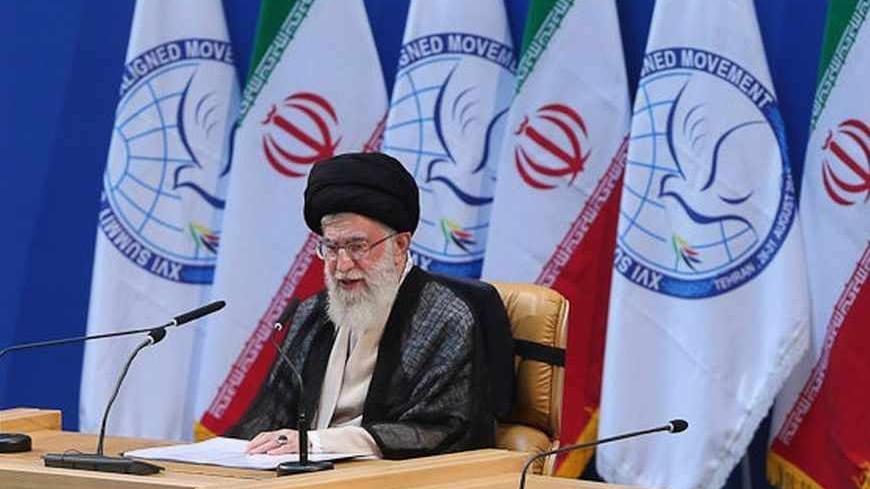 Arak, the site of Iran’s heavy water reactor, as well as Iran’s other nuclear installations at Natanz and Fordo would become dangerously exposed to a potential future attack if Iran goes into war against the United States to protect Syrian President Bashar al-Assad. With Russia dismantling and scrapping the S-300 anti-aircraft missiles which Iran bought and made a down payment on in 2007, Iran needs to keep what remains of its anti-aircraft system at home. It cannot afford to send them to Syria to help Assad’s army. The same goes for Iran’s missiles and fighter aircraft, especially the latter, because sanctions have reduced their numbers and quality over the years. Sending them abroad to help Assad against the United States would risk their loss, knowing full well that it will be extremely difficult if not impossible to replace them.

These are important reasons why, in case of a military attack by the United States against Syria, there is little chance that Iran will become directly involved. This is despite Iran stating that it would consider such an attack as crossing its “red line.”

There are also historical reasons which back the theory that Iran is likely to stay away. Despite several reported attacks by the Israeli air force against Assad’s military and in one case nuclear installations, Iran never became involved in a war against Israel to defend Assad. Iran’s military leadership is well aware that such a war would have exposed its nuclear installations and its military hardware to attacks by the Israeli air force. If Iran did not want to confront Israel because of Assad, its very unlikely that it would want to confront the United States, which has a far bigger and more powerful military arsenal.

Its also quite unlikely that a US-Syria conflict would lead to Iran permanently breaking off nuclear negotiations with the P5+1. Here again, the reason is related to Iran’s own pressing priorities, which are most likely to win the day over those of Bashar al-Assad.

The Iranian government is suffering from some of the toughest sanctions in its history. Its economy is losing $133 million a day because of them, while its currency lost has lost almost 100% of its value in the official exchange rate. Should Iran walk away from talks, that would give those in the West who want to ratchet up sanctions even more the perfect justification to do so. And it would be almost impossible to stop them. More sanctions, especially those restricting Iran’s access to funds abroad even further would mean pushing the Iranian economy closer to the edge of the abyss. As difficult as it would be, Ayatollah Khamenei can live without Assad in power, but he can’t live without a functioning economy. It could lead to the collapse of his regime, which is far more important than anything Assad could offer.

The most we are likely to witness from Iran is supply of weapons to Assad, mostly light to medium types as Iran needs its heavy weaponry at home more. This is in addition to severe ratcheting up of Iran’s anti-US rhetoric, both at home and abroad.

When it comes to Iran’s relations with Syria, it is the Islamic Revolutionary Guards Corps (IRGC) and the supreme leader who have the upper hand and the last word. The president and the foreign ministry have less influence. What is interesting is that the president and his allies seem to be wanting to move Iran away from Assad while the supreme leader and the IRGC want to continue with the status quo.

The dilemma which Khamenei is likely to find himself is that after an attack by the United States, the cost of supporting Assad is likely to increase substantially, both financially and diplomatically. With his forces likely to become battered from air attacks, Assad will need more money and weapons than before, both of which are likely to put increasing pressure on Iran’s own dwindling resources.

As Andrew Parasiliti recently wrote in Time magazine, the current crisis provides an opportunity to find a diplomatic solution to the Syrian crisis. This would entail negotiating with Russia as well as Iran.

While it is true that Iran will need to be involved in such a dialogue, it will take more than Western initiatives. The Iranian leadership, especially the supreme leader and the IRGC, will also have to show willingness. Although we have heard from Iranian moderates welcoming such talks, nothing concrete has yet been heard from the real decision makers, i.e., the IRGC and the supreme leader.

This could in fact be a perfect opportunity for Iran to use its leverage over Assad because he is now more powerful. After a US attack he may become weaker, which could mean Iran would lose leverage, which it could have used in other areas, such as the nuclear talks. It could also mean that the IRGC may lose points to the moderates who have been suggesting that Iran should distance itself from Assad.

It will also be in Iran’s interest if war is averted, through diplomacy. However if all else fails and war erupts, when it comes to Iran’s involvement in such a conflict, its own needs will come before those of Assad. Meaning don’t expect Iran to do much and for good reason.