The Israeli prime minister may still have to defer his “mission accomplished” moment in Iran. 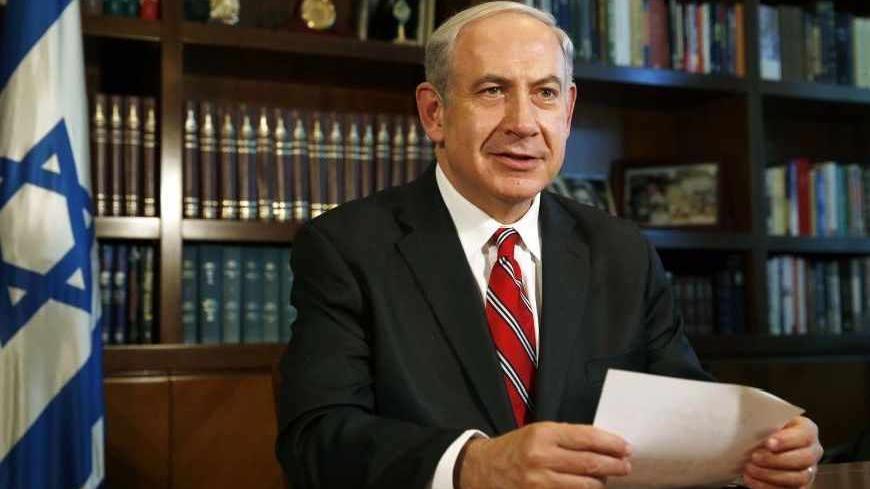 Israeli Prime Minister Benjamin Netanyahu smiles at the start of an interview with Reuters in Jerusalem where he discussed the June 14 Iranian election, June 17, 2013. - REUTERS/Darren Whiteside

On Aug. 1, 2013, the US House of Representatives voted 400-20 for a measure that, according to Bloomberg News, would “subject more goods and services to sanctions, in addition to authorizing the president to impose penalties on foreign entities that maintain commercial ties with Iran.”

It must be noted that this in itself does not mean that the measure is law, since the US Senate also needs to vote on the measure. It's expected that the vote will take place after the summer recess in September. Then, the US president must give his approval.

Nevertheless, the measure in itself is good news for Israeli Prime Minister Benjamin Netanyahu, who wasted no time in welcoming it.

Iranian President-elect Hassan Rouhani will not want to have this hanging over his head. Iran's economy is already a mess. The current economic situation has been likened to that of Iran's ravaged economy immediately following the Iran-Iraq war. It's estimated that Iran's economy suffered between $300 billion to $500 billion damage during that war. If from now until September Iran does not show any concrete change in its nuclear policy toward the West, the situation could give congressional supporters of this measure justification to approve it. This could in turn increase pressure on US President Barack Obama to sign the measure into law. If Netanyahu is lucky, this could mean the supreme leader of Iran offering a compromise earlier than expected.

However, as the saying goes, “Be careful what you wish for.”

Should the latest round of pressure succeed in bringing Iran to the table with a compromise, this could reduce the chances and legitimacy of a unilateral Israeli attack against Iran's nuclear installations. This means that it would then be very unlikely that Netanyahu would get his “mission accomplished” moment — the moment when he tells the people of Israel that Israeli aircraft have just returned from bombing Iran's nuclear installations, and, furthermore, that it was his decision to order an attack that had saved the Jewish people from another impending Holocaust. This is likely to come as a disappointment to Israel's prime minister.

Another problem that could surface as a result of an Iranian compromise is a final deal with Iran. There seems to be a major gap between Netanyahu and the West over what this deal should look like. Netanyahu wants zero enrichment on Iranian soil, but increasingly there are voices in the West, including in the United States, who see this as unrealistic.

However, the latest sanctions are likely to boost the Western and Israeli voices who support the zero enrichment option. The line of thinking could be: “Now that we have the Iranians cornered, let's use the pressure and momentum to get them to give up on everything. They are not in the driver's seat, we are. Let's use it to the max.” There is every chance that they will interpret any compromise from Iran as a sign of weakness that must be used to their advantage.

For many years, the West and Iran have been involved in dual-track struggle. While both sides use the "carrot" of diplomacy, Iran has resorted to the "stick" of enrichment. Meanwhile, the West, headed by the United States, has used the "stick" of sanctions. For now, it seems that the West has the upper hand. The sanctions are hurting the Iranian regime badly, with few choices for its leadership except compromise.

For the sake of future stability of any deal reached with Iran, it's important that the West does not abuse its advantage by adopting unsustainable policies. No one wants to see a nuclear-armed Iran. But if any deal is to be acceptable or sustainable, it must allow some kind of face-saving option for the Iranian regime. This means limited enrichment with strict International Atomic Energy Agency (IAEA) inspection, and Iran answering all outstanding IAEA questions. Forcing Iran to surrender everything could mean that, after the sanctions have been lifted, Iran may decide to break the deal and we will be back to square one again.

That would be a waste. One which we in this region could ill afford.