News reports suggest that Hezbollah's relationship with Hamas is under more pressure than ever, which is good news for Israel. 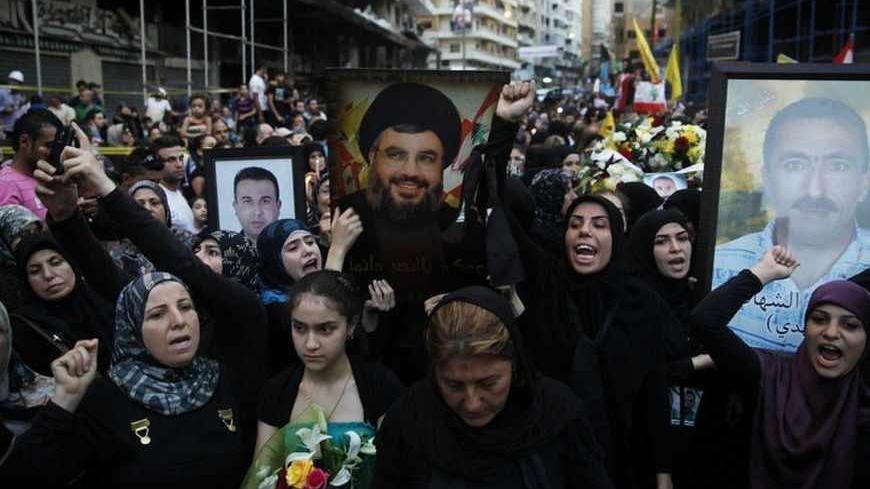 Lebanese civilians and supporters of Hezbollah take part in a candle light vigil in solidarity with people who died in a car bomb that occurred on Aug. 15 in Beirut's southern suburbs, Aug. 19, 2013. - REUTERS/Sharif Karim

There are signs the Hezbollah-Hamas relationship is facing a serious crisis.

According to a report published on the Iran-based Tabnak news site, Hezbollah and the Lebanese intelligence are accusing Hamas members of taking part in a string of recent attacks in the country. These include the Aug. 15 car bomb explosion in southern Beirut that killed 22 people and injured hundreds more, as well as the firing of Grad missiles towards Lebanon.

Tabnak, which is owned by former Islamic Revolutionary Guard Corps (IRGC) commander and presidential candidate Mohsen Rezai, quotes Ibrahim al-Amin, editor of the Lebanese Al-Akhbar newspaper as its source for the accusations against Hamas. Tabnak says Amin has connections with “intelligence units in Lebanon” and recently made such accusations on Hezbollah’s Al-Manar TV.

These accusations come as a surprise since, initially, an accusatory finger was pointed toward Israel. It is also surprising because there have been signs of improvement regarding relations between Hamas, Hezbollah and the government of Iran.

This was first reported by Al-Monitor contributor Jean Aziz on July 29. Aziz wrote that a “Lebanese MP close to Hezbollah confirmed to Al-Monitor that the political Shiite camp, stretching from Tehran to Beirut, is seriously considering a possible rapprochement with Sunni political Islam, represented by the Muslim Brotherhood in particular.” The report went on to say that this statement was made “hours before Hamas leader Ahmed Youssef declared that meetings were held between Hamas ... and Iranian officials to solve some of the issues that caused misunderstanding between the two sides."

Another article Al-Monitor article, published on Aug. 8, eight days before the Beirut bombing, reported further positive signs. This included reports that “several high-ranking Hamas delegations visited Beirut in mid-June 2013,” including Hamas political bureau Deputy Chairman Mousa Abu Marzouk who “met with prominent members of Hezbollah’s leadership.” The meetings, which were reportedly sponsored by the Iranian ambassador to Lebanon, took place in the ambassador's residence on July 31, 2013. The meetings' focus was “on improving coordination between the two factions.”

Now that Hamas is being accused of taking part in the recent bombings in Beirut, it's difficult to see how Hamas and Hezbollah can continue their rapprochement. If anything, the two sides are facing a severe deterioration in their relations. And if Hamas’ relations with Hezbollah deteriorate, the Palestinian movement should expect the same for its relations with the Iranian government.

In fact, if the views expressed by Tabnak reflect the views of the Iranian security apparatus, or even parts of the Iranian leadership, then the view in Tehran is that Hamas can no longer be trusted. It is particularly interesting that Tabnak reports that Hamas officials were arrested in Qusair, Syria, where severe fighting took place over the past several months between Hezbollah and Bashar al-Assad's forces on one side and the Syrian opposition on the other. It seems that Iran and Hezbollah kept quiet about this, probably because they did not want to disrupt the process of rapprochement with Hamas.

Had Hezbollah and Iran wanted to continue their rapprochement with Hamas, they could also have kept quiet and not accused the organization publicly of being part of the recent bombing in Beirut. The fact that Hamas is now being publicly accused in Iranian and pro-Hezbollah press could be a sign that Hamas has now crossed a red line, and Iran and Hezbollah are no longer going to bite their tongues.

This development is good news for Israel since this new development in Hamas-Hezbollah relations comes at a very bad time for Hamas. Its Egyptian allies Mohammed Morsi and the Muslim Brotherhood are no longer in charge in Cairo. Its Palestinian rival the Palestine Liberation Organization (PLO) is negotiating with Israel, while Hamas is being ignored. Meanwhile, Hamas has rejected recent calls for general elections in Palestinian areas. This is bound to affect the organization’s image among the Palestinian people, making it appear undemocratic.

Such gains are likely to be temporary for Israel as long as settlement building continues. Sooner or later, expansion of settlements could lead to a collapse in the recent talks. This would boost the position of Hamas who has stated all along that Israel is not interested in peace.

It's time for Israel to hit her enemies when they are down, with peace, as it would severely weaken them. This is an opportunity which may not repeat again. As the Talmudic scholar Rabbi Hillel who lived 2,000 years ago said, "If not now, when?"