Despite mounting speculations about his health, Turkish Prime Minister Recep Tayyip Erdogan looks pretty healthy for a man who has been alleged with having colon cancer. 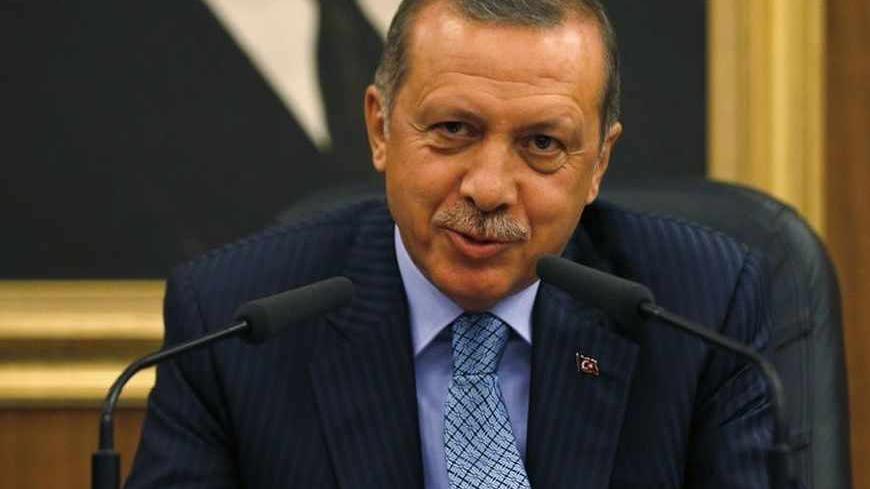 Frustrated with the speculation surrounding his health, Turkish Prime Minister Recep Tayyip Erdogan said on Thursday, Aug. 15, “Thank God, I am well. I’m learning ... from you about which hospital I was treated at and for what. Nothing as such happened though. I just took time to rest after Eid.”

On Aug. 12, Yurt, an opposition-leaning newspaper of minor circulation, ran the headline: “Was He at the Hospital?” The paper claimed that Erdogan became ill after going to the mosque on the first day of Eid to mark the end of Ramadan. “Although he has the custom of visiting his parents' graves on the eve of the Eid each year, Erdogan broke the tradition this year, and visited them a few days earlier. He disappeared after going to the Suleymaniye mosque for the Eid prayer,” the paper wrote.

“Reliable sources claimed to Yurt that the prime minister got sick and spent time at the hospital.” The paper added: “It was told that Erdogan was treated at the hospital for five days due to unstoppable diarrhea as a side effect of the colon cancer treatment that he has been receiving for some time. ... Erdogan was previously treated for colon cancer at Medipol Hospital at Uskudar on the fifth floor. It was noted that all elevators and stairs going to the fifth floor were blocked back then.”

On Thursday, Erdogan looked well in front of the cameras. "This side of the media is really bad. You need to question yourselves a bit. How do you find so many lies, and write about it? One should be ashamed of this," he said. "They are claiming that the prime minister of [this] country is hospitalized. We have a lesson for them. The subject matter of that lesson is 'decency.'"

Speculation that Erdogan has been diagnosed with colon cancer is not new. Since he had surgery on his digestive system in November 2011, followed by a minor operation in February 2012, this has become the most repeated rumor in Ankara. After his first surgery, it was claimed that more than 20 centimeters (8 inches) of his large intestine were removed, and that the malignant tissue spread to his liver. Then there were rumors that his private residences in Ankara and Istanbul both had a room transformed into a treatment room. It was also said that he had started receiving chemo — a special kind that doesn’t cause hair loss. These allegations prompted the journalist community to keep an even closer eye on Erdogan’s schedule in order to better spot any unexplained absences that would give him time to receive such treatment.

It doesn't stop there. In October 2006, Erdogan supposedly was stuck in his car, nearly unconscious, for about 10 minutes in front of Ankara's Guven Hospital. Back then, the story was that the prime minister complained in the car that he was not feeling well, and asked his driver to take him to the hospital. Just as they arrived, the driver got out of the car only to have the doors strangely lock themselves automatically. As he was unconscious, Erdogan could not open the door, and a car window had to be broken with a hammer to rescue the prime minister. The rumor that swirled in Ankara back then was that Erdogan had a tumor on the right side of his brain. Others speculated that it was an epileptic seizure.

Despite this mounting speculation, Erdogan looks strong and pretty healthy. He may have some health issues, but it defies logic that anyone who has undergone colon cancer treatment for the past two years would look as he does. Therefore, it may be time to put this urban legend to rest. Here is wishing him good health and many years with his children and wife …