Using "peace gestures" as bargaining chips only demonstrates that neither side is truly interested in peace. 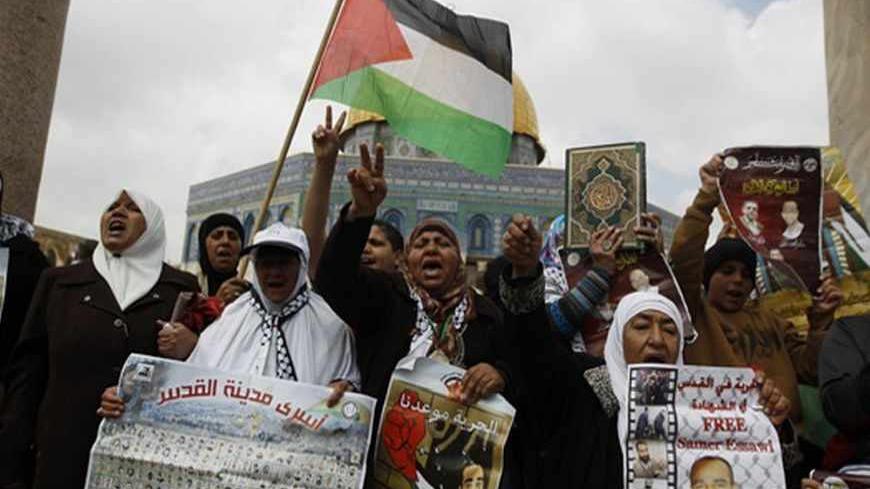 Whenever peace talks are considered there are two elements that need to be attended to: the actual negotiations and the public at large. The negotiations themselves require agreement on the parties to the talks, the framework on which the talks are based, the duration of the talks and the various procedures that govern the negotiating process.

A parallel, and some would argue as more important, is the role of the general public. Negotiations are a peaceful means of resolving a violent conflict. Rejection by the public of a negotiating procedure or the eventual results can — and have often — ended up in a major spike in violence. Whenever cease-fire agreements fail, it is usually due to a lack of faith by the respective parties that the political elements attached to the cease-fire are acceptable and sustainable.

In the Palestinian-Israeli context there is a tremendous role in how the public reacts to the procedure of the talks, and eventually whether the public signs on and approves the results of the talks or not. Some would argue that negotiations over the final status of the occupied territories that were launched in the White House in 1993 failed because of the refusal of Palestinian and Israeli rejectionists. Islamic Hamas supporters launched suicide attacks, Israeli Jewish settlers killed 29 worshipers in Hebron and assassinated Israeli Prime Minister Yitzhak Rabin as well as caused havoc in the occupied territories.

Politicians and peace envoys have differed as to the importance and effectiveness of what is often referred to as confidence-building measures (CBMs). Some argue that CBMs are important to bring around a reluctant population that is skeptical of peace talks. Others argue that CBMs are mere decor and are superficial acts that the public can easily see through — and in fact some argue that it frustrates people because it is seen as a replacement of genuine progress toward ending the conflict.

Israeli CBMs toward Palestinians are often in the form of releasing prisoners, removing checkpoints, easing travel restrictions or widening the areas in occupied territories in which Palestinians can build. Palestinian CBMs are often rhetorical in nature: changes in school textbooks or what is shown on national television.

Over the years, these CBMs have often backfired. Peace sponsors and Palestinians have reported that CBMs are carried out to cover settlement activities. Or when prisoners are released, they are often individuals who have a few days or weeks left of their prison term, and therefore are not worthy of the term "peace gesture." Released prisoners have also often been rearrested, sometimes under administrative detention orders, which require no specific charge or trial by the Israeli military. Palestinian textbooks and TV coverage has been reviewed so many times that it is difficult to see what more Palestinians can do to make Israelis believe that the Palestinian people want peace even though they are still suffering under occupation.

Gestures are expected to be voluntary acts of goodwill toward the other. However, in the Palestinian-Israeli context, it has become a high-prized negotiating instrument. Whenever one side believes a particular issue is of importance to their adversaries, the negotiating value often becomes exaggerated.

In recent months, it became clear, for example, that President Mahmoud Abbas’ main preoccupation was to secure the release of former Palestine Liberation Organization (PLO) fighters who carried out acts under his organization’s commands, but have remained in jail while he and other PLO officials were allowed to return to Palestine. Knowing this, the Israelis raised the cost and basically blackmailed Palestinians into agreeing to go into a long and protracted peace process, despite the issues to be negotiated on having been hashed out so many times before.

The peace talks lasting nine months were forced on the PLO in return for the release in stages — to ensure the continuation of the peace talks — of the pre-Oslo prisoners. Palestinians are convinced that even in nine months no dramatic change will take place except for the delay of all nonviolent Palestinian efforts to pressure Israel in international circles. This has become the price that Abbas has been forced to pay to secure the release of 104 of his comrades.

While releasing these prisoners will be a nice — though 19 years late — present to these prisoners, their families and Abbas’ political future, real CBMs do exist, in case anyone is interested.

Topping the list would be genuine relief on the freedom of movement between Gaza and the West Bank, as well as within the West Bank and between Palestinian areas and the rest of the world. In the road map agreement back in 2002, Israel was committed to returning to the pre-October 2000 positions. This meant that Palestinian police would be stationed on the King Hussein (Allenby) Bridge, most existing checkpoints (including Qalandia) would be dismantled and a free passageway between Gaza and the West Bank would be ensured to Palestinian goods and people. The Israeli human rights organization focused on freedom of movement, Gisha, issued a detailed report showing the impact that Israeli restrictions on Gaza is causing the people of the Strip.

Many measures and acts can be made by both parties as well as third parties, to help convince a skeptical public of the genuine desire of political leaders in peace. Using these gestures as bargaining chips for a quid pro quo is yet another proof that those making such demands are not interested in peace.