Despite the theatrical panic show of Arab Knesset members, raising the electoral threshold is just a minor change, not even consolidating Israel’s governability. 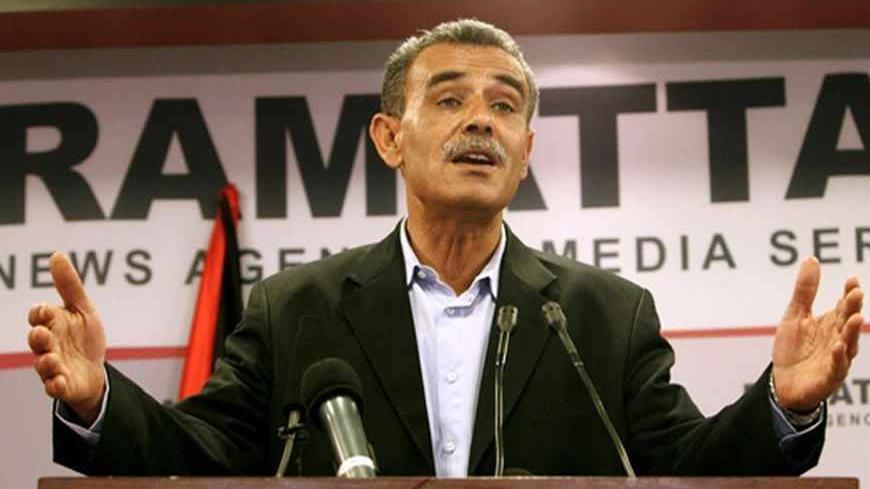 Jamal Zahalka, an Israeli Arab lawmaker from the Balad Party, speaks to the media during a news conference in the West Bank city of Ramallah, April 23, 2007. - REUTERS/Loay Abu Haykel

On July 31, the Knesset approved the first reading of a bill to raise the electoral threshold in the general elections from 2% of the total votes cast to 4%. Several Knesset members argued vociferously that the change, instigated by the Yisrael Beitenu Party, was intended to harm the Arab parties and make them disappear from the Knesset. However, this reading of the law can be attributed to no small measure of populism.

The raising of the electoral threshold is part of a series of changes that have become known as the “Governability Law.” These changes also include limiting the number of ministers in the Cabinet to 19 and reducing the ability of the opposition to submit no-confidence motions. It is entirely possible that the very fact the law was introduced by Yisrael Beitenu is why there is a tendency to attribute the change to former Foreign Minister Avigdor Liberman’s efforts to reduce Arab representation in the Knesset.

Under the new rules, small parties with just three or four seats would not be able to get elected to the Knesset. If, during the last elections, the electoral threshold was 4%, the three Arab parties — Balad (three seats), Ra’am-Ta’al (four seats) and Hadash (four seats) — would not have entered the Knesset. But they are not the only parties that would have failed to pass the threshold. A similar fate would have awaited former Defense Minister Shaul Mofaz’s Kadima Party, which only won two seats in the Knesset.

Meretz, the hot new trend among the Israeli left, would have vanished from the political map if the law had passed before the 2009 elections, when it won just three seats. In other words, these changes could also impact the Zionist parties, and the claim that only the Arab parties would be hurt is inaccurate. The bundle of bills known collectively as the Governability Law was intended — after all — to provide a response to the absence of government stability in Israel over the past few decades.

The histrionics of the Arab Knesset members, with the help of Knesset members from Meretz, during Wednesday’s nighttime vote was overblown — full of unnecessary gimmicks and out of touch with reality. Knesset member Jamal Zahalka of Balad got up to speak with his mouth taped shut and stood in silence for three whole minutes. At the end of that time, he turned to the Knesset members in the chamber and said, “This was an example of what a Knesset would be like without Arab members. It would be a Knesset without an opposition.”

Is that so? The Arab parties could always consolidate and run as a joint list, or even as two joint lists. They may have to make compromises and concessions to adapt to the platform of a single party, but the bottom line is that it is undoubtedly possible to preserve Arab representation in the Knesset.

Furthermore, the debate about the implications of raising the electoral threshold is a good time to ask one long-forgotten question. Who decided that Arabs can only run on lists specific to their sectors? Maybe the new law will increase Arab representation in the medium-sized and large parties. Today, Meretz has just one Arab representative, Issawi Frej. There are no Arab Knesset members in the Labor Party.

Zahalka, who has been serving in the Knesset since 2003, is fully aware that he could be elected to the 20th Knesset even if the electoral threshold is set at 4%. Nevertheless, he and the other Arab Knesset members chose a provocative response, instead of a topical debate about the issue. Knesset member Ahmad Tibi stood with his back to the podium, while Knesset member Mohammad Barakeh lashed out angrily, “We don’t need this podium to have our voices heard! Go choke on this law!”

This was an unnecessary attack by Barakeh, a veteran Knesset member who is well-respected, and rightfully so. Barakeh has had a significant impact on Israeli society through his parliamentary activities. Legislation that he initiated helped in the war against drug abuse. He has used the Knesset’s podium effectively on more than one occasion, and it is a fact that Barakeh had to fight for his place in the Knesset until right before the last elections. Note that this is the same Knesset that he bad-mouthed during Wednesday’s debate.

Looking beyond the petty histrionics that occurred in the Knesset, there are substantial arguments that could have been made during a debate on raising the electoral threshold. First of all, Israel is considered to be one of the countries where the electoral threshold is especially low. Proposals to raise this threshold have been made again and again over the years, as far back as when David Ben Gurion was prime minister [1948-1953 and 1955-1963]. In fact, Israel’s first prime minister suggested raising the threshold to 10%, and no one accused him of persecuting Arabs.

On the other hand, it would also be a mistake to think that this change would improve the government’s stability, because the proposed new threshold is little more than a cosmetic change, and not some truly transformational one. Even after the change, Israel’s political map would fall under the sway of medium-sized parties, and the prime minister, whoever it may be, will still need at least three parties to form a coalition. Even after this change, he will still be subject to extortion, during the makeup of the coalition and throughout the full mandate.

This minor fix to the existing law is not some momentous change that is necessary to increase government stability in Israel. The original law proposed by Yisrael Beitenu Chairman Liberman was supposed to generate a true revolution to governability, but it was stripped of its content as it headed toward approval. And this is not the end of the matter either. On Aug. 1, we were informed that as a result of the criticism, the prime minister has ordered that the change to the law raising the electoral threshold be postponed, and he appointed Yariv Levin, coalition chairman Knesset member, to reassess the situation. In other words, even this minor change is not certain to pass. And so, it seems as if the provocative actions really did achieve their objective.