Iran’s new president looks to US-educated veterans to staff his cabinet and deal with Iran’s economic crisis and nuclear standoff. 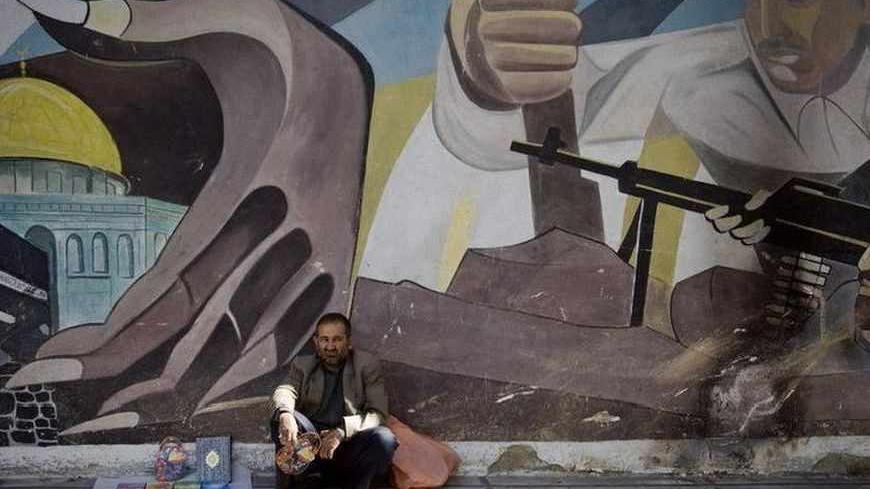 A vendor sits under an anti-Israel mural during a demonstration after Friday prayers in Tehran, Oct, 9, 2009. - REUTERS/Morteza Nikoubazl

Appearing before parliament on Sunday, July 14, Iranian President-elect Hassan Rouhani did something that Mahmoud Ahmadinejad rarely did in his eight years in office and told the truth about the extent of Iran’s economic crisis.

Working groups Rouhani has set up to analyze Iran’s problems before he is sworn in next month found “very different” results from those provided by Ahmadinejad’s appointees, Rouhani said.

Inflation, for example, is 42% — the highest in the region “and perhaps even in the whole world,” he said, and 10 points higher than the current administration has acknowledged. The anemic Iranian economy has created only 14,000 jobs a year on average since 2005 and for the first time since the 1980-88 Iran-Iraq war, Rouhani said, “Our economic growth has been negative for two consecutive years.”

Rouhani’s candor is partly meant to lower expectations for quick progress after Ahmadinejad is gone. But it is also a refreshing acknowledgement of just how bad things have become and should help the new president gain support for changes in both policy and personnel.

If, as the saying goes, the first thing to do when you are in a hole is stop digging, Iran’s outgoing president rarely admitted that there even was a hole.

Instead, Ahmadinejad often gave unrealistically positive assessments of Iran’s economic situation when addressing both foreign and domestic audiences. In 2008, for example, at the height of the US financial crisis, Ahmadinejad told reporters at the United Nations that the US travails proved the superiority of Iran’s economic system despite the fact that the reduction in Western demand for energy was certain to depress oil prices. Four years later, Ahmadinejad seemed either delusional or in denial when he told Al-Monitor that “people’s conditions are better” than in 2005 and that the economic situation was worse in the United States and in Europe.

More recently, Iran’s minister of economic affairs and finance, Shamseddin Hosseini, told Al-Monitor that growth had been positive in 2011 and 2012  — despite International Monetary Fund assessments to the contrary — and that sanctions had benefited important sectors of the Iranian economy.

Hosseini will be replaced, possibly by Mohammad Nobakht, Rouhani’s spokesman during the campaign and the deputy for economic research at the Center for Strategic Research, a think tank headed by the president-elect.

Other prospective appointees, according to Bijan Khajehpour, an expert on the Iranian economy and frequent contributor to Al-Monitor, include veterans of the prior administrations of Mohammad Khatami and Hashemi Rafsanjani who were educated at US universities:

There has also been talk of bringing back Mohammad Javad Zarif, Iran’s former ambassador to the United Nations, in a senior capacity.

During the campaign, Rouhani drew a link between Iran’s poor economic performance and Iran’s failure to reach agreement with the international community on its nuclear program, noting that while it was nice to have more centrifuges spinning, wheels also needed to spin in Iranian factories.

The Barack Obama administration has said that it is eager to resume nuclear talks and determine whether Iran’s negotiating position has changed.

Rouhani, who promised “constructive engagement” with the international community during the campaign, suggested Sunday that Iranian officials may be more amendable to direct talks with the United States on the nuclear issue than has been the case since at least 2009.

“Speaking harshly with the enemy will not solve any problems,” he told parliament. “We should get to know the enemy. We should be aware of the enemy's plots to devise a rational response to it.”

Rouhani also signaled his willingness to collaborate with the parliament, with which Ahmadinejad frequently clashed, and to appoint new officials on the basis of merit, not ideological persuasion. On Sunday, he said, he had reached out to 500 “experts, scholars, academics, those with executive or legislative experience and many popular organizations” to staff 20 working groups under the supervision of four committees on economics, foreign policy, domestic policy and socio-cultural issues.

The new administration will face many obstacles, including push-back from domestic hardliners who are reluctant to see the return of officials associated with the Khatami and Rafsanjani administrations. But by speaking the truth, Rouhani is buying some time and good will, says Farideh Farhi, an Iran expert at the University of Hawaii.

Farhi, who noted during the campaign that most Iranians were desperate for “a competent CEO,” told Al-Monitor that “being direct and honest with the electorate about the condition of the country was one of Rouhani's key campaign promises based on a keen understanding that, after several years of repeated misrepresentation of facts by the current president, just the mere perception of honesty on the part of the Iranian political leaders will bring good will at least for a period of time. It is perhaps the easiest campaign promise he can keep for now.”