In the face of recent turmoil and intense violence in the Middle East, the best choice for Israel is to stay out of the conflicts — or more precisely, be neutral. 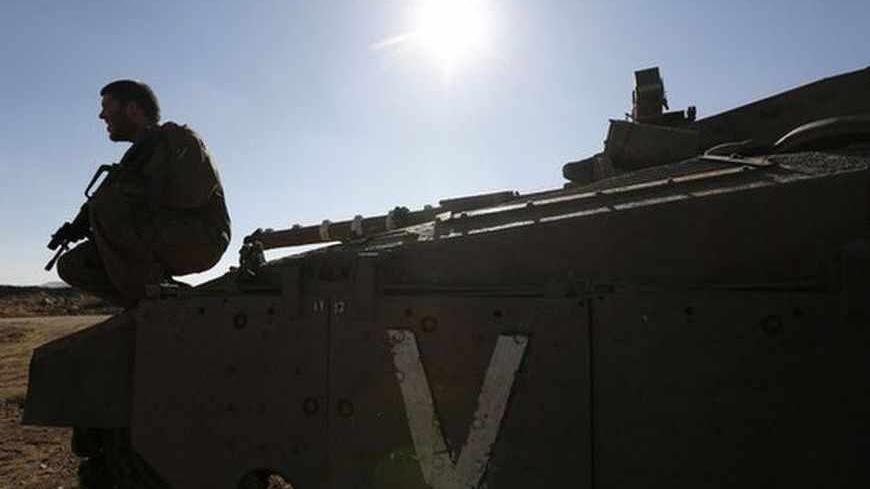 An Israeli soldier sits atop a tank near the Quneitra border crossing between Israel and Syria, on the Israeli-occupied Golan Heights, July 3, 2013. - REUTERS/Baz Ratner

For more than two years, Israel has found itself in the eye of a storm. This is not to say that Israel has been at the center of events. Quite the contrary — the eye of the storm is a very quiet place. Israel has been eerily quiet. As Israelis look left and right, north and south, east and west, all they see is a tornado of chaos, massacres, instability, political and economic collapse, sectarian violence, gang rapes, religious fanaticism and civil wars. Yet, miraculously, amidst all this, Israel is stable, calm, democratic and prosperous.

The Post-World War I Order that shaped the Middle East for the past century is unraveling violently. The dark forces of hatred between sects, tribes, religions and classes that had been suppressed by sultans, kings and dictators have risen to the surface. If history is any guide, it will be decades or even centuries before these forces play themselves out. And if the French revolution is anything to go by, Egypt will see the high ideals of the initial days of its revolution realized in a century or two — not earlier.

There is tremendous hope in the desire expressed by people throughout the region for freedom and democracy, but even under the best of circumstances, the transition to stable, liberal democracy takes several decades, and the Arab world has nothing even approximating the best of circumstances. The combination of the democratic deficit, collapsing economies, corruption, illiteracy and poverty is the worst possible one.

Faced with events of such historic proportions and intense violence, the best prescription for Israel is to stay out — or more precisely, to be a "neutral bunker." Neutral in the sense that Israel should have nothing to say regarding the events unfolding in the Arab world, and bunker in the sense that Israel's foreign and defense policy should operate with one goal: prevent the insanity gripping the Arab world from invading its borders.

In the Middle East, Israel should aspire to emulate the model of Swiss neutrality. It should take no sides and express no preference whatsoever for one over another. Israel should have nothing to say for or against Syrian President Bashar al-Assad or Egypt's ousted president Mohammed Morsi or even hint at taking sides between Shiites and Sunnis. Israel should not try to employ the logic of “the enemy of the enemy is my friend” because in the Middle East, Israel is the exception — always the enemy. Any expression of preference by Israel will only serve to draw undesired attention to it and to discredit the side it supports.

This is not to say that Israel should not have an opinion on the desired outcome for the Arab world. The best possible outcome for Israel is the establishment of stable liberal democracies across the Middle East. Israel desires nothing more than to lose its status as the only one in the Middle East, and gain that of being the first of many.

But until this happy outcome is realized, Israel should prepare for decades in which its best policy will be to bunker down. Israel does not enjoy the benefit of the formidable Alps, and yet it should seek to emulate the Swiss not just in their neutrality, but also in the bunker mentality they were able to maintain for centuries. Switzerland managed to survive and prosper as a "neutral bunker" while Europe was torn apart by religious, sectarian, civil, national and world wars. For a long time to come, the Arab world will be as turbulent and violent as Europe was for most of its history. Israel's best hope for the future is to maintain neutrality throughout this time. The Israeli Defense Forces and our political leadership have no more important priority.

Dr. Einat Wilf, chair of the Education Committee and member of the Foreign Affairs and Defense Committee in the 18th Knesset. She is the author of three books that explore key issues in Israeli society.