Is Audit of Koc Companies Erdogan’s Revenge for Gezi Park? 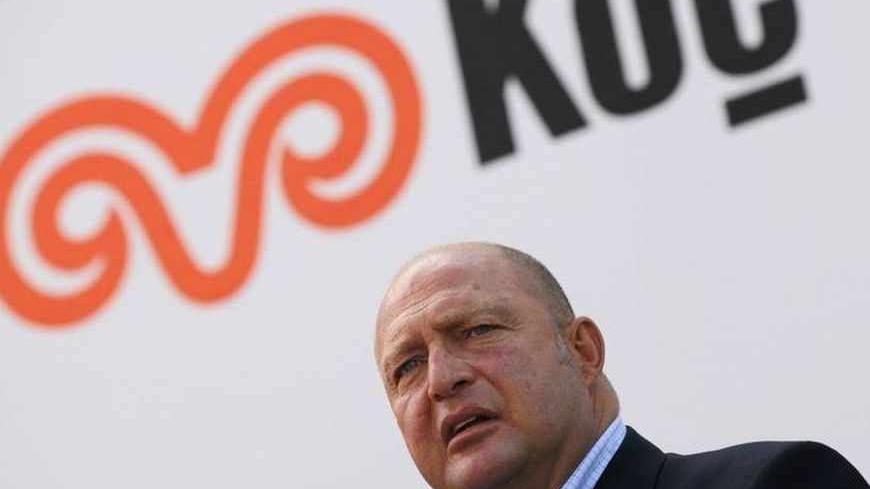 During the raids at TUPRAS [oil refining], OPET [fuel distribution] and Aygaz [liquefied gas distribution], purportedly for tax and smuggling audits, all documents and computer data of the companies were seized to be audited.

TUPRAS is the biggest industrial company in the country. It had sales of $20.8 billion in 2012.

Aygaz is tenth in the top 500 companies listed by the Istanbul Chamber of Industry. Its revenue for 2012 was reported at $2.44 billion.

Taner Yildiz, the Minister of Energy and Natural Resources, in a statement day after the raids said, “Tax audits by the Ministry of Finance are routine.”

Hayati Yazici, the Minister for Customs and Trade said: “TUPRAS is one of the biggest suppliers of fuel. I think it is very natural for audits in this field.”

Having read thus far, you may ask if all is natural and routine according to ministers, then why does it become a subject of news and comment for Al-Monitor?

The answer is simple, because it’s not a routine and natural situation.

The situation is all about how domestic and foreign investments in Turkey are not under the protection of the legal system and how vulnerable they are to arbitrary and punitive covert operations by political authorities.

The markets were not persuaded by the ministers calling it "routine and natural.” The day after the raids, all the companies of the Koc Group in Istanbul stock market registered losses. TUPRAS ended the day with 3.05% and Aygaz with 2.63% losses.

Koc Group, one of the biggest in the stock market with 14 companies traded publicly, is estimated to have lost 1.8 billion lira [$930 million] in one day.

The reaction of investors in the Istanbul stock market by selling their shares is based on their memories of how the largest media group, Dogan, was punished in 2008 and subsequent years. The investors believed Koc Holding, too, would be targeted by the Erdogan government and sapped with heavy tax-irregularity fines and be forced to downsize.

The entire public believes that the raids against Koc are not routine and natural, but were in retaliation for the Divan Hotel adjacent to the Taksim Gezi Park, which belongs to Koc Group, opening its doors to protesters escaping from tear gas and pepper gas fired by police.

Anyone with a conscience would have to agree that all neutral entities should open their doors purely on humanitarian grounds to anyone escaping police brutality and tear gas or injured by either. If you look at the situation, not from a humanitarian but from a brand-image angle, it wouldn’t be difficult to forecast that a Divan Hotel with locked doors would have lost most of its cachet.

The opinion that the government is retaliating against Koc Group was primed by Prime Minister Recep Tayyip Erdogan several times, accusing in person the Koc Group and Divan Hotel as being accomplices to protesters. For example, on June 29, speaking to his party’s parliamentarians, Erdogan said:

"They say, ‘Police attacked the hotel.’ They didn’t attack out of the blue. Those who were fighting with the police went there. The owners of that place were great hosts. The police then entered the place. You know it is against the law to aid and abet. This is actually a crime of abetting.”

We all remember that Erdogan's fury targeted some capital groups and banks that he associated with the “high-interest lobby” he was accusing of plotting to topple him. When returning from Adana to Ankara on June 9, on his way to the city from the airport he stopped at six locations to address his cheering supporters. All his speeches were carried live by TV. In one of them he said:

"I say you have to teach the interest lobby their lesson. There are things you can do. Who made the most money this year? The interest lobby did. You have cut off their revenues. When the interest rates began to fall, these gentlemen were upset. It is now time to give them lesson as a nation. The state has banks. You can use them. Don’t make me name names. You know them."

In another speech along the way Erdogan said: "Whether it is one bank, two banks or three, whoever makes up the interest lobby, I am talking about them all. Now that you have launched such a struggle against us, you will pay heavily. … The minute we catch you speculating we will be on your throats. No matter who you are, we will be on your throat.”

The operation against Koc Group is a signal that his fury is now passing from words to deeds. On July 27, the daily Taraf published interesting details. The newspaper drew attention to controversial aspects of the Ministry of Finance’s entry of three Koc companies in the company of police and underlined that such methods were hitherto used only against major export frauds, narcotics traffickers and terror organizations.

Here one can sense an intention to discredit Turkey’s largest industrial group. The newspaper said the operation was prompted by a letter that reported that the group was evading taxes on imports and production.

The same newspaper said on June 26 that the audit of the Koc group would last at least six months and at most one year. As a result of the audit, Koc Group could face cancellation of its licenses in energy and be punished with high fines. Daily Taraf noted that the Koc group could well be under audit still during the 2014 local and presidential elections.

This is no doubt a sword of Damocles is swinging over the heads of Koc.

After a similar tax audit, Dogan Media Group, whose policies Erdogan did not like and had asked the public in 2008 openly to boycott its newspapers, was fined in 2009 by an unprecedented 4.82 billion lira [$2.5 billion] and subsequently was forced to downsize by selling two of its newspapers and one TV channel.

Like Koc, Dogan was the biggest in its sector. Targeting the biggest to intimidate all smaller groups is a tactic Erdogan successfully employs.

I am going to conclude by quoting the concluding paragraphs of an article by economics writer Ugur Gurses in the daily Radikal of June 26:

“This image of witch hunt is propelling Turkey to become a third-rate economy. With this outlook you can neither establish a financial hub nor appear as country that could attract the direct investments it needs.

"This is the specter of a third-rate economy. It is the one you see in countries where all tools, particularly tax audits, are used as a weapon against persons, companies or banks who think differently than the political authority or oppose [their opposition] by attributing a stock market loss that originated from abroad to internal protests, and then launch a witch hunt.”