Little information was revealed during US Secretary of State John Kerry’s recent visit to the region, which suggests a lot might be happening behind the scenes. 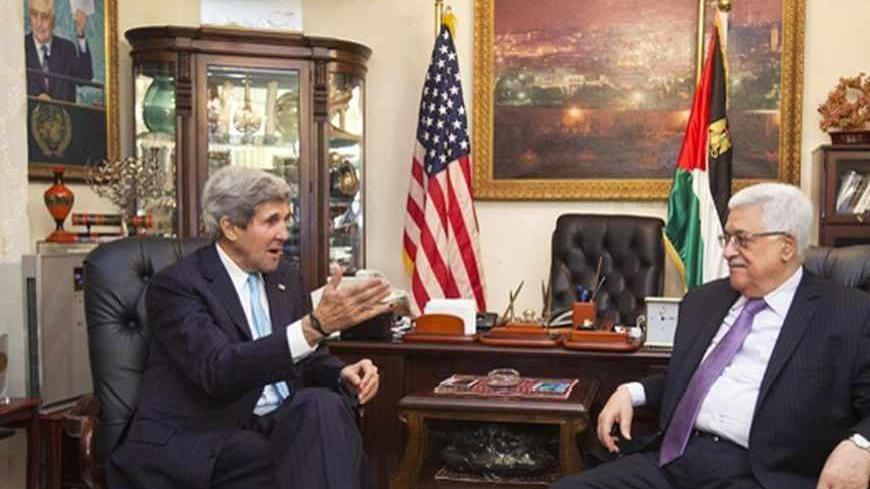 US Secretary of State John Kerry is clocking more hours than most US diplomats in trying to bring the Palestinian and Israeli leaders back to the negotiating table. All sides confirm that progress is being made and gaps are being tightened, but little information on the details of these talks is known. For a rare change, the term “secret negotiations” is not necessarily a bad phrase.

Recent Middle East history has shown that whenever negotiations have kept a tight lip, they were serious about finding a way forward. Conventional wisdom in this part of the world is that whenever the parties are rushing to the media, you can be sure, they are not serious.

But despite this silence, some statements were made and reactions to daily events were avoided, and both are also reflective of the seriousness of the parties.

Israeli leaders including Prime Minister Benjamin Netanyahu and President Shimon Peres have been stressing that Israel doesn’t want to become a bi-national country. Such statements are a clear indication of support for the two-state solution, and it aims at preparing the Israeli public for that eventuality.

Netanyahu, who is facing the potential of a revolt within his own Likud party, has also indicated that he will present any agreement reached with the Palestinians to a referendum, no doubt counting on polls showing the Israeli public in support of a peace deal based on the Arab peace plan.

Palestinians have also been careful not to disturb Kerry's delicate efforts. According to a tweet by Jerusalem city planner Daniel Seidemann of Terrestrial Jerusalem, the announcement that Israel plans to build 900 more housing units in a Jerusalem settlement — which was a restating of a decision made a year ago — didn’t provoke a strong Palestinian response, as the Palestinians read the statement for what it was aimed at. Seidemann said that the leak was made by “spoilers fearing resumption of talks.”

The history of important deals regarding the Middle East reached in secret are many. Perhaps the most prominent is the Oslo accords between the Palestine Liberation Organization and Israel, which was reached in total secrecy from US officials, Palestinian negotiators and the usually very informed Israeli media.

Even the public visit by Egypt’s former President Anwar Sadat (1970-1981) to Israel was only made possible after secret Israeli-Egyptian talks in Morocco.

What makes secrecy so important in a protracted conflict such as the Palestinian-Israeli one is that the public tends to take more radical positions once the details of negotiations are made public. Successful negotiations usually are based on the idea of a package deal that once reached in secret is not open for specific changes. When the general public is asked to determine its approval or disapproval of a closed deal, their abilities to criticize only parts of the deal become irrelevant.

While it is usual for the public to influence their elected leaders, the Palestinian-Israeli conflict is one that has seen the public on both sides becoming much more accommodating to an agreement once their leaders articulate its details to the general public. The swing in public opinion after the Sadat visit and the PLO-Israel agreement are clear illustrations of this change.

This issue is clearer in Israel where security is crucial to the young country’s survival and, therefore, when the prime minister — who is also the commander in chief — articulates that a deal will bring security and peace to the people, public opinion generally follows rather than affects the decisions of the leaders. Perhaps this is why officials such as Kerry must spend so much time with a single leader, because they know that once such a leader is onboard, he can bring with him the necessary public support.

Secret talks are often scary because they give leaders a lot of latitude, and there is a real risk that the public’s aspirations might not be properly represented. The presence of an opportunity for the general Israeli and Palestinian public to vote on the contents of a penciled agreement gives the public the last word. With this opportunity, secret talks are not such a bad phrase.