The threat from violent Islamic groups in the Sinai has only worsened since the ouster of former President Mohammed Morsi. 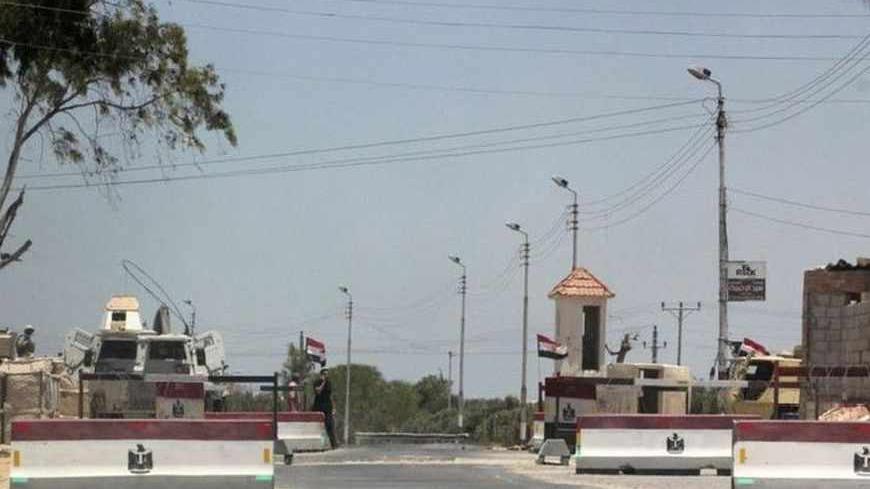 Since the ouster of Egyptian President Mohammed Morsi on July 3, the violence staged by Islamist militants in the strategic Sinai Peninsula has taken a vicious course. Millions of Egyptians embraced the success of the June 30 revolution, which brought the nation an interim government and a new sense of hope. The Muslim Brotherhood became the opposition overnight, blaming Minister of Defense General Abdel Fattah al-Sisi for what it called a "coup" against Morsi's legitimacy.

Sinai's jihadist groups, rooted in the area's mountainous terrain, see it as a "coup" against Islam. Their terrorist operations aim for one goal: to proclaim the Sinai as an independent Islamic emirate. There is no evidence that extremist groups in Sinai, such as Ansar al-Sharia, Tawhid wal-Jihad and Takfir wal-Hijra, have organizational ties with the Muslim Brotherhood. In fact, many of these groups blamed Morsi for being too soft on his commitment to the project for an Islamic Egypt based on strict Sharia.

However, Mohamed el-Beltagy, one of the hundreds of Muslim Brotherhood leaders placed on the wanted list after the ouster of Morsi, took refuge among tens of thousands of Morsi supporters in Cairo. In a televised interview, he stated, "Attacks in Sinai would stop the second President Mohammed Morsi is reinstated."

Abu Khoza, Abu Rabia, Abu Gafar and Abu Hamza are just a few of the many fighters who use such aliases in their war against the Egyptian military, according to General Sherif Ismael of the North Sinai Intelligence, who has been tracking these militants for years. He thinks there are not more than 1,000 operational fighters. "Such fake coded names indicate their rankings in their Islamic armies. They have actually appointed emirs [religious militant leaders] for towns in el-Arish such as Sheikh Zuweid, Gura, Rafah and Mehdia," Ismael explained.

The Egyptian special forces arrested two jihadists driving a jeep in the mountains of Sinai on July 18. The special forces confiscated their laptops, maps of the region and a weapons arsenal. One of the men, Ibrahim Singab, is a fugitive Yemeni jihadist, according to Ismael. "He confessed that the jihadists in the Sinai have advanced weapons, mostly smuggled from Libya, and that an Egyptian jihadist called Ramzi Mahmoud al-Mowafi is playing a major role in the insurgency. (Mowafi) has called for the formation of the Free Egyptian Army similar to the model in Syria," Ismael verified.

According to prison records accessed by Al-Monitor at General Security, Mowafi escaped a maximum security prison in Cairo on Jan. 30, 2011, while serving a life sentence for a "military case." Mowafi, born in Egypt in 1952, is also known as "the chemist." He left his home country for Afghanistan and joined al-Qaeda under the command of Osama bin Laden where he became an explosives expert, according to data listed in his prison records. Mowafi is originally a dentist and, after treating bin Laden in Afghanistan, earned his reputation as the late al-Qaeda leader's doctor.

Indeed, one gets the sense that North Sinai has become a war zone in the past two weeks with almost daily attacks on military and police camps, checkpoints, airports and the obvious targeting of Christians. Military helicopters have rattled the skies for weeks now trying to track and deter terrorists. Intelligence sources say the increased presence of tank convoys and army personnel carriers is due to an upcoming high-profile operation, without providing more details.

After prayers on Friday, July 19, military choppers dropped fliers onto several thousands of Morsi supporters, calling on citizens to aid the military in securing the region. The brochures warned residents against approaching farms, security checkpoints and military areas after sunset. Many protesters responded by removing their shoes and waving them at the choppers, chanting, "Down, down with military rule." As night approached, the al-Safa military checkpoint was attacked by Islamists, leaving one soldier dead and two civilians caught in the crossfire, according to medical sources. Apache helicopters were dispatched 15 minutes after the attack, and rockets were fired, leaving visible bright traces in the skies and echoes of explosions across el-Arish.

On Monday, July 15, Islamist militants fired a rocket-propelled grenade (RPG) at a police truck and missed. The RPG hit a bus transporting factory workers returning from their night shift, killing three and injuring 17. Images of the bloody bodies broadcast on television gripped the nation and el-Arish hospital called for blood donations.

On July 11, the decapitated body of Magdi Habashi, a 60-year-old Christian man, was discovered in Sheikh Zuweid, a town in North Sinai. On July 6, Mina Aboud, a Coptic priest, was gunned downed in his car by unknown assailants. Daily killings of policemen haunt the residents who have become wary of the deteriorating situation.

"A policeman was gunned down at close range last week in front of my eyes outside el-Arish hospital. (The perpetrator was) a masked man waving a jihad flag on a motorbike," Hamdy al-Azzazy told Al-Monitor. "Another police officer, a neighbor of mine named Abdel Aziz, dressed in civilian clothes was stabbed to death outside his house several days back, also by a masked man."

Influential Bedouin leaders who live in hot-spot towns where jihadist elements target and possibly reside do not condone such violence. They have cooperated with security officials since the state of lawlessness increased after the 2011 ouster of Mubarak. Ibrahim el-Menai, a well-respected Bedouin leader from the Sawarka tribe, met Morsi last year to present the concerns of his people in Sinai.

"These Islamists are raging a war now with all kinds of weapons, including Grad missiles, RPGs, mortars, 14.5 mm anti-aircraft guns and advanced machine guns. (The militants) are like ghosts, they hit the military with anti-aircraft guns mounted on trucks and disappear into the mountains where they cannot be spotted easily. Morsi provided cover for them from unwarranted arrests and the police brutality they witnessed during the Mubarak era. They fear this police state will return, and worry that their Islamic project is going to fade away," Menai explained, adding that his own brother is a member of a jihadist group.

"I will fight them myself if they appoint an emir in my area, for example. No tribe will accept a religious extremist taking control of their town. Every single police station and military checkpoint, without exception, has been hit since the ouster of Morsi. It will continue unless the military eradicates them," he added, as he braced his own personal Kalashnikov.

Morsi had pardoned hundreds of Islamists serving life-sentences for such crimes as toppling the Mubarak regime, assassinations of ministers in the early 90s and other terror-related crimes. One of those high-profile freed prisoners is Mohammed al-Zawahri, the younger brother of al-Qaeda leader Ayman al-Zawahri. The younger Zawahri immediately established himself as a religious leader, becoming the head of the Salafi Jihad movement in Egypt, . In media interviews, Zawahri began promoting ideas such as forming a religious police force and establishing a government based on Sharia. Al-Masry Al-Youm, an Egyptian English-language newspaper, quoted him last week stating that his group would bear arms if Morsi is not reinstated as president. In a phone interview with Al-Monitor, Zawahri denied making such a statement and insisted he was misquoted. He clarified that his group rejects the "coup" and that they will take to the streets in peaceful protests until Morsi is brought back.

"We don't believe in democracy, yet our people voted and won three times — in the constitutional referendum, the parliamentary elections that brought an Islamist-dominated parliament and finally an Islamist president who was fought on every level during his term, until Sisi's tanks toppled him by an obvious coup that the United States and the European Union fail to acknowledge," Zawahri said.

This bloody transitional period in Egypt comes during the holy month of Ramadan when Muslims fast from dawn until sunset. During last year's Ramadan, 16 soldiers were gunned down in cold blood in the town of Rafah in el-Arish as they broke their fast at sunset. No group claimed responsibility for what became known in the media as the "Ramadan massacre." Egyptians continue to blame Morsi for not apprehending the assailants, and some even point out that his Muslim Brotherhood may have been behind the killings, prompting him to sack Mohamed Hussein Tantawi, the minister of defense under Mubarak.

Sinai remains a strategic peninsula to Egypt, bordered to the east by Gaza and Israel, and by the Suez Canal to the west. It will no doubt remain in the spotlight of the transitional period Egypt is enduring.