Despite the trial against former Foreign Minister Avigdor Liberman, or maybe because of it, the Israeli Russian public stands by him. 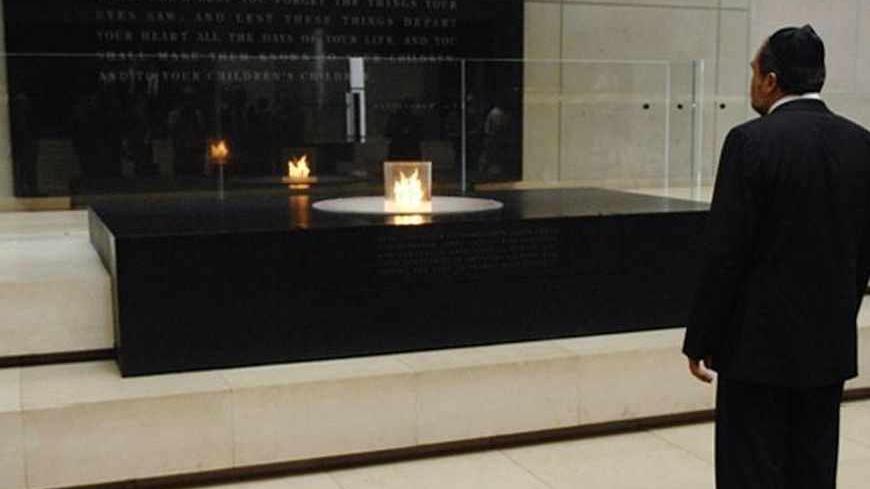 Israel's then-Foreign Minister Avigdor Liberman stands in the Hall of Remembrance during a visit to the US Holocaust Memorial Museum in Washington, June 17, 2009. - REUTERS/Jonathan Ernst 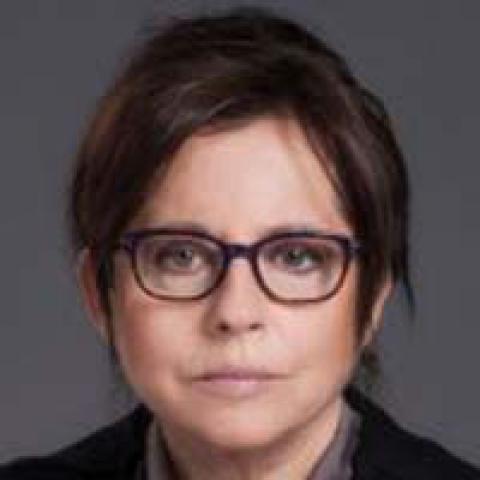 In May 2013, former Deputy Foreign Minister Danny Ayalon gave his incriminating testimony in the trial of former Foreign Minister Avigdor Liberman concerning the appointment of Israel’s ambassador to Belarus. Ayalon’s testimony is now the main pivot of the affair, which naturally made major headlines in all the Israeli media. The website of Channel 9 — the only Russian-language channel in Israel — also covered the court testimony of the former deputy minister. But keen-eyed online surfers noticed that after a while, the testimony disappeared from the site.

The story behind the mysterious disappearance of that news item reveals the great influence that Liberman still wields over the major Israeli Russian-language media outlets, and through them over the Russian-speaking public in Israel. The office of the Yisrael Beiteinu chairman and former foreign minister was greatly displeased with the prominence accorded to Ayalon’s testimony on the site, and demanded its removal. Eventually, the two sides reached a compromise: The testimony was posted on the site once again, but in an obscure location. So obscure, that even the most competent of online surfers had a hard time finding it. It’s there, but in fact it isn’t.

Given the continued shrinking of the immigrants’ sectorial representation in the Knesset in recent years, no one in the community wants to get into trouble with Liberman — the only one who can promote the immigrants’ interests in the corridors of power. This continues to be true despite a certain erosion in Liberman’s standing among the electorate on which he built his political career. A part of the loss in electoral strength stems from his party’s not terribly successful union with the Likud Party in the last elections, which blurred Liberman’s image as a clear leader of the community. Many now feel that the former foreign minister chose his own personal interests over those of the community.

At the same time, behavior patterns of the Russian-speaking community have been evolving.

More than 15 years ago, when the first police investigation was launched against him — and subsequently dismissed without charges — his good friend Knesset member Aryeh Deri called him up — a conversation he told me about, and which is quoted in my book The Million that Changed the Middle East: The Soviet Aliyah to Israel.  “Don’t worry. Look at me,” the head of the ultra-Orthodox Shas Party — an experienced target of police investigations — soothed his colleague. “The more investigations there are against you, the more seats you’ll get in the Knesset.” Both of them laughed mightily. Deri’s prophecy came true. For over 15 years, with only brief intervals, Liberman has been undergoing police or legal investigations of one kind or another. In between, he built up an impressive political career that took him from the leadership of a small sectorial party — Yisrael Beiteinu — to the position of foreign minister and candidate to replace Prime Minister Benjamin Netanyahu at the head of the Likud.

The parallels Deri drew between his own case and that of Liberman were surprisingly accurate. Despite the difference between the Shas constituency of religious Sephardi Jews of North African and Eastern origin and the Ashkenazi — a mostly secular public of Russian speakers — in both cases the communities rally around those who are perceived as their natural leaders. True, the differences in political culture prevent the Russian speakers from chanting “he is innocent” — a refrain heard throughout the Deri trial — but the message is one and the same. In both cases, the persecuted leader was perceived as the victim of a hostile establishment. With Deri, it was the Ashkenazi establishment, and with Liberman the veteran establishment ganging up on a successful immigrant who threatens the rule of the old elites. Liberman himself has been nurturing this perception for years with unbridled attacks on Israel’s democratic institutions, chief among them the police and the legal system. Back in 1999, when he formed his party, he protested: “Israel has become a police state run by the Supreme Court, the police and the state prosecution.” His remarks fell on attentive ears.

In 2013, the story looks somewhat different. The Israeli Russian-language media — similar to the Hebrew-language ones — barely report on Liberman’s trial. There’s no doubt that once the major dossier against him — alleging involvement in straw companies — was dismissed, leaving only suspicions against him in the appointment of Israel’s ambassador to Belarus, the subject lost its appeal. The investigations that have been going on for years have eroded public interest in the affair, but Liberman, too, has been active in lulling the media into ignoring his trial. At every meeting with reporters and photographers — certainly in the courthouse corridors — he projects self-confidence and even musters a measure of euphoria. On the other hand, he limits public appearances which entail media coverage. He did not even attend this year’s annual reception hosted by the Russian Embassy on its national day.

There’s no doubt that the man who took it upon himself to strengthen Israeli ties with Russia was noticeably absent. Nonetheless, there’s no doubt Liberman’s tactics are having an effect. The trial has become background noise evoking minimal interest. The working assumption in the Russian-language media is clear: Liberman is not guilty, he is continuously being harassed, but he will emerge from this, too. If not, he will not find it hard to enlist the support of many in the community and its media with some combative slogans regarding the hostile establishment. The “persecuted Russian” battle cry is still effective, although less than it was in the past.

“The term ‘one of ours’ no longer works as it did in the past,” said David Aidelman, a blogger and Russian-language commentator, in an interview with Al-Monitor on July 12. “It’s most convenient for Liberman not to be in focus right now. With all the anger at this government, he is staying out, not responsible for any of its failings. On the occasions that he does grant interviews, it’s as a political commentator. It’s a very convenient situation. The disinterest of the Russian media works in his favor.”

In the Russian-language social media — a main arena of community activity in Israel — the reality is different. There, Liberman gets tremendous appreciation for what is interpreted as his refusal to inform on the ambassador who is at the heart of the affair. “There’s a huge cultural difference between us and the veteran Israeli public,” says Nelly Gutina, a journalist and author of the Russian-language book Israel Goes Russian, in an interview with Al-Monitor on July 12. “In Soviet culture, tattling to authorities is perceived as a degrading act, devoid of honor. Reporting to authorities is branded in our collective memory as a negative thing, and Liberman is now considered by many as one who acted chivalrously in refusing to inform on an ambassador who violated the law.” Other than that, Gutina says, Liberman’s persecution has already become routine. For the Russian-speaking public, it’s clear that there are those who want to eliminate him — and all that’s left to do is hope that this time they won’t succeed, either.

Lily Galili was a Haaretz senior feature writer, analyst of Israeli society and an expert on immigration from the former Soviet Union for over 28 years. Her book The Million that Changed the Middle East: The Soviet Aliyah to Israel (co- authored with R. Bronfman) has been recently published in Hebrew. On Twitter: @lilygalili