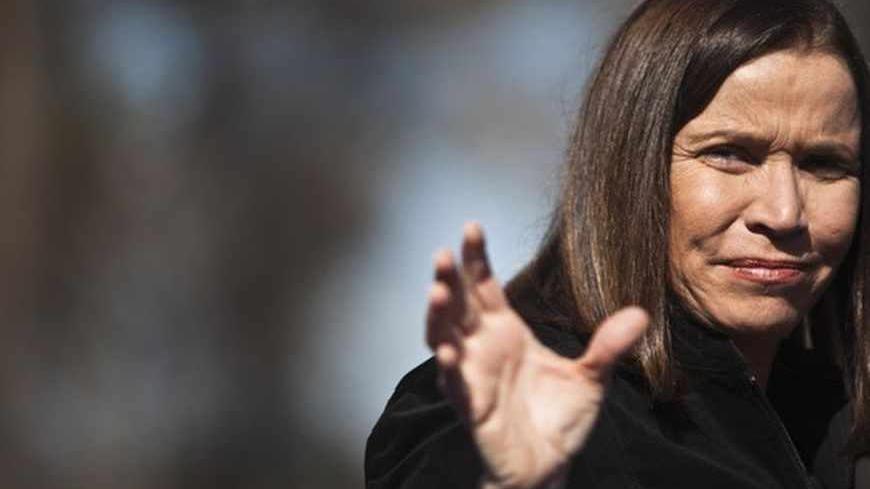 The childish ''show of force'' of Alon Hassan, the suspended chairman of the Ashdod Port workers' union who signed up hundreds of port workers as new Labor Party members to dismiss Labor Party leader Shelly Yachimovich, demonstrates how the party primaries method has lost its legitimacy and is on the verge of moral bankruptcy.

Hassan was forced to suspend himself on June 16, after it emerged that a private company he owns conducted business relations with the port. Yachimovich justifiably called on him to “go home” with the charge that he is harming organized labor in Israel. The response was swift. The offended Hassan hurried to declare war on the chairwoman and announced that he would take action to bring her down in the elections for Labor head. On July 11, Hassan showed up at the Tel Aviv Labor branch and submitted a package filled with several hundred forms of new Labor Party members — ammunition in his personal battle vis-a-vis Yachimovich.

It is clear that the port workers signed up by Hassan are not ideological members. Their affinity to the Labor Party and its agenda today is unknown, but we can safely assume that most have never voted for the party in their lives. The only reason they will become voting members of Labor in another half year is because of Hassan’s war against Yachimovich. This is an example of the old-style politicized, thuggish primaries that we thought had long been obsolete.

It is no secret that since the recent elections Yachimovich has been waging a harsh battle for her role as Labor chair. Ostensibly, Hassan would find allies among party higher-ups who wanted to inherit her position. However, the chances that Knesset members Isaac Herzog, Erel Margalit and Eitan Cabel would collaborate with Hassan are low. Hassan represents the shady backroom politics and hooliganism of the worker committees and not organized labor. In today’s reality, no politician would want to be identified with Hassan and his party sign-up enterprise.

Even more, despite his hundreds of new soldiers in Labor, Hassan cannot determine anyone’s fate. He bears resemblance to a gangster threatening others with a toy gun because the sign-up process in the Labor Party is mainly large and free. Out of the tens of thousands of members with voting rights, a large percentage of whom are ideological youths, the port worker group is small and its influence limited. If Yachimovich will lose her seat, it won’t be because of Alon Hassan. Nevertheless, his actions are additional testimony to the urgent need for reform in the parties’ primaries system.

Only recently have the dimensions of the far-right takeover of the Likud Party become clear, making Prime Minister Benjamin Netanyahu unable to control his own party. The method is the same: a group of people with a specific vested interest recruits a large number of members to a party to influence the party’s agenda, the composition of its list for the Knesset and the selection of its chairman. In most cases, these party members vote for other parties in the general elections.

With regard to the far-right and the Likud, the mass party membership process began after the disengagement from Gaza. The settlers felt they could avert another disengagement or other diplomatic process. Thousands of Judea and Samaria residents joined the Likud and the result is well-known: the Likud veered sharply to the right. Those Knesset members who catered to the interests of the settlers were upgraded. Ministers Dan Meridor and Benny Begin, who dared to prefer the High Court of Justice over the illegal Migron outpost, were thrown off the list. We can assume that most of the new party members who determined the destiny of the Likud and changed its face later gave their votes to Economy and Trade Minister Naftali Bennett’s HaBayit HaYehudi.

Another organized force in the Likud is the line up of Knesset member Haim Katz. Katz is chairman of the Aeronautical Industry Workers, which includes about 14,000 employees. Over the years, Katz got a large number of them to register as Likud members, and this move made him much stronger in the party than Netanyahu.

In contrast to the sign-up campaigns of Katz and the settlers, Alon Hassan is small-fry. But the system is the same, and it is faulty and full of ailments. How weary and embarrassing is that vision of our elected officials serving in the government and the Knesset: how they are forced to beg for mercy from aggressive party members of the worst sort or ideological hacks lacking real affinity for the party’s principles.

The primaries system took Israel by storm in the 1990s and seemed, at the time, to be democratic and transparent. Since then, it has gone through many changes and become distorted and hackneyed. Netanyahu has already internalized the lesson: He already decided that should he head the Likud in the next elections, he would change the method for electing the Likud list to the Knesset. According to one of the ideas, the party chairman would choose half the members of the list, exactly the way Finance Minister Yair Lapid, former Foreign Minister Avigdor Liberman, Justice Minister Tzipi Livni and Shas Party spiritual leader Rabbi Ovadia Yosef decided on their party lists. The party members would choose the rest of the list. When taking into account the distaste and aversion of the general public to the primary wheeler-dealers, the chances that proposals of this nature will pass, are not bad at all — both in the Likud and Labor.