Just as in the last four years, the summer of 2013 has also started with Israeli intimations about a strike on Iran — but the elections there have staved off the winds of war, at least until next spring. 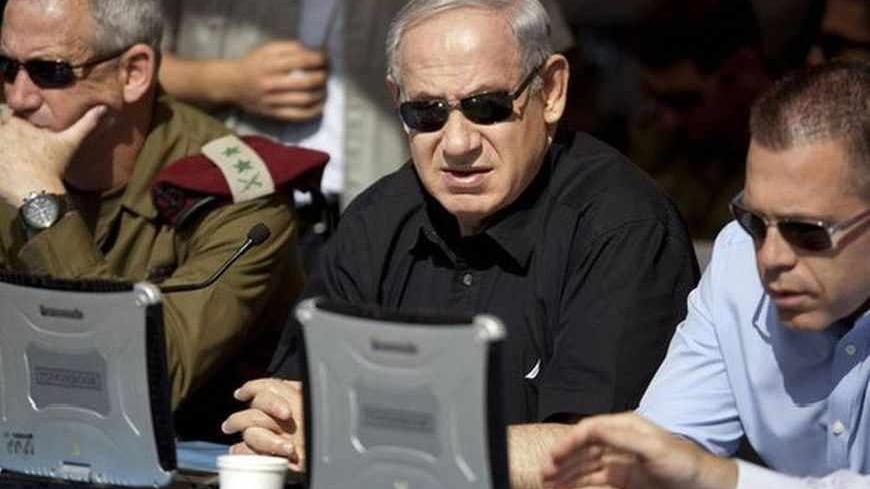 A week ago, on Friday, July 12, Israel carried out a test of one of its missiles launched from a base in the center of the country. On that day, the Israeli media carried a succinct, laconic report on the launch with a photo attached.

It is believed that the test was of the latest version of the ''Jericho'' missile.

According to foreign sources, "Jericho" is Israel's strategic weapon capable of carrying a one-ton warhead, which, if needed, can also be mounted with a nuclear warhead. According to those foreign sources, in its earlier versions, the "Jericho" missile had a 500-kilometer (311-mile) range. It is believed that the experiment this time consisted of a missile capable of accurately striking targets at least 5,000 kilometers (3,107 miles) away (6,000 kilometers [3,728 miles] by some other accounts). Israel — according to foreign sources — possesses a large quantity of such missiles, some of which are equipped with nuclear warheads. They are concealed in shielded installations deep below ground and are safe even from the detonation of a nuclear bomb in the immediate environs.

In addition to the Dolphin-class submarine, here is another example of Israel's alleged "second-strike capability," which will render any unconventional attack against it into a bona fide suicidal act.

The timing of the test was not coincidental. Two days later, Israeli Prime Minister Benjamin Netanyahu opened his weekly cabinet meeting with a blustery statement regarding Iran's nuclear arms race. Similarly to the four previous years, the summer of 2013 opens with Israel's leadership heating up the atmosphere, talking about the pressing need to quickly stop the ayatollahs' nuclear project and the possibility that "In the event of no other choice, Israel will have to carry out the mission on its own."

So first, let's all cool down. In contrast to previous years, this time around it's abundantly clear that Israel's threats are empty and fall short of real actions. The main — and justified — objectives are to keep the West vigilant, maintain the sanctions at their current level and not allow Iran to sell the world powers down the river again in order to buy time while pushing ahead full throttle.

The election of Hassan Rouhani as Iran's president has thrown a wrench in the wheels of the Israeli offensive. The whole game has been put on a several-month hiatus, forcing the players to go on furlough until next spring. Israel will not be able to carry out a strike in Iran as long as the United States awards Iran 100 days of grace.

Moreover, most of the information disseminated by Israeli officials at this stage is partial and misleading. Iran has not stepped up its nuclear race. On the contrary, it has delayed it, eased the foot off the pedal and switched over to a mode of "keeping what's there." Whenever 20% enriched uranium is produced, the Iranians transfer a substantial part of it for use as fuel in civilian nuclear reactors.

Israeli analyst Shmuel Meir, a former senior researcher from the Intelligence Corps of the Israel Defense Forces, provided the exact figures cited in the report of the International Atomic Energy Agency. The quantity of 20% enriched uranium possessed by the Iranians has dropped from an overall production of 324 kilos (714 pounds) to only 182 kilos (401 pounds). (A country needs raw material of about 250 kilos (551 pounds) of uranium at this grade in order to produce one nuclear bomb.)

The real story revolves around the question of what Rouhani's election will mean, particularly to Iran's nuclear effort, as well as to its international standing and the country itself. It is in this context that intelligence agencies, analysts and officials well-versed in the affairs of the region are seriously divided.

According to one approach, Rouhani has been appointed by the ayatollahs in a bid to defuse domestic and external pressures, but his election doesn't herald any real desire to initiate reforms. Having identified problems both at home and abroad, Iran's Supreme Leader Ayatollah Ali Khamenei came up with an ingenious move, fabricating a "reformist" president who will secure him a one- or two-year time-out during which he will acquire a nuclear bomb, and everything else is superfluous.

Another approach, however, contends that even if Rouhani is not authentic, he was nonetheless elected to represent an authentic demand. The entire Iranian people stand behind him, and it's not impossible that when the penny drops, he will become what former president of the Soviet Union Mikhail Gorbachev became to his country. After all, the last Soviet leader, who came off the party's assembly line and was part and parcel of the organization, had no intention, initially, to disband the Soviet Union. Reality has its own momentum, and today's Iran is very reminiscent of yesteryear's Soviet Union. The economy is collapsing, the system has failed and the masses want to be freed. All you need is someone to translate this into action. Rouhani could be that someone.

That's as far as the principal controversy is concerned. In practical terms, however, it all depends on what happens on the ground now. Some Western intelligence officials believe that the change to be brought by Rouhani will be swift and have immediate effect. According to one assessment Western decision-makers have received, Rouhani will officially take Iran off of the list of countries seeking to complete its nuclear project and make it a "nuclear threshold country." He will cement this approach and try convincing the world that this is finite, and that there's no need to worry. He will lead Iran toward a compromise with the world powers, in the setting of which the Americans and Europeans will have the means to monitor the situation in Iran so they can put their minds at ease.

Concurrently, Rouhani will take action to change Iran's tarnished image around the world and shake off its status of "world's monster" and the West's big demon. That change might also come at the expense of Syria and Hezbollah. For example, Rouhani will step down Iranian involvement in the war in Syria, including sending Hezbollah back to its strongholds in Lebanon.

The Iranians, Western intelligence officials maintain, are aware of the immense damage that their image has suffered owing to their involvement in Syria. Ultimately, they will arrive at the conclusion that the disadvantages of this involvement outnumber the advantages. They will learn to live either without the regime of Syrian President Bashar al-Assad or with a weaker Assad who will control only the Alawite strongholds.

Incidentally, as this assessment makes its way around the various ministries, Rouhani spoke in his own voice and said the exact opposite: We will not forsake Hezbollah and Syria; we will continue the struggle with greater force.

The situation in Syria continues to deteriorate. According to Western intelligence sources, there are currently some 13,000 fighters associated with al-Qaeda and global jihad in Syria, all of whom are armed to the teeth, with no plan to either surrender or retreat. The bleeding could go on for many years, causing everyone — bar none — to miss the good old order. But we have yet to get there.

So what's the bottom line? Only at the end of the year will we know which way Iran is headed. Rouhani will take office next month. It will take many weeks for him to settle in, appoint his staff and resume talks with the world powers.

The operational window for a military strike in Iran closes around November, so this year is already lost. See you in the spring of 2014.