President-elect Hassan Rouhani may want to pay more attention to Iran’s agricultural sector, which has suffered under previous administrations. 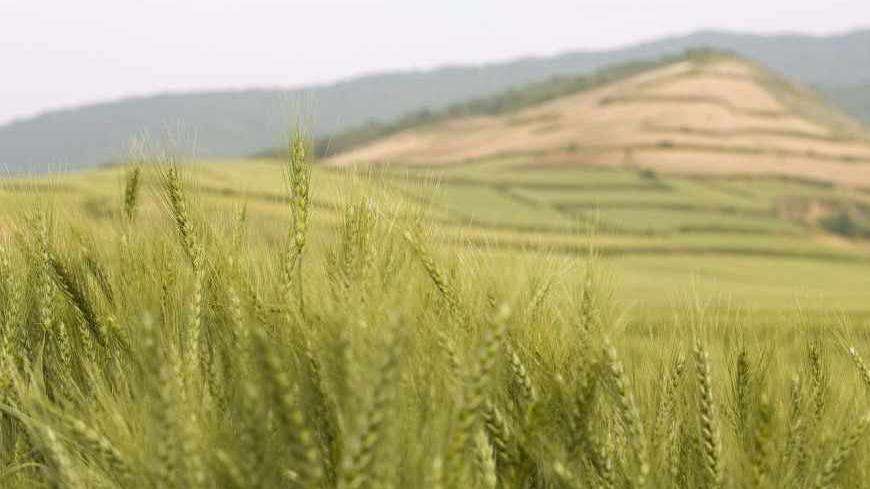 In March, Iran’s Expediency Council passed a decree titled “Drive to self-sufficiency in industry, agriculture, defense and security,” pertaining to the promotion of local industry and local production. Like other major strategic documents, this decree was signed by Supreme Leader Ali Khamenei, making the implementation of the plan a strategic goal for the government. One of the critical objectives of the document is the achievement of self-sufficiency in agricultural and food production; this has been part of the Iranian agenda since the Islamic Revolution in 1979, but has faced major hurdles.

Although the country has a sizable and significant agricultural sector (about 13% of GDP and 23% of the country’s employment, according to the latest official statistics), Iranian agriculture has suffered from a low level of investment as well as confusing government policies. In this brief paper, we will look at the challenges faced by the food and agricultural sector and how the new government of President-elect Hassan Rouhani can address these issues.

To understand the potential of the agricultural sector, one needs to take into account that only 18 million hectares of arable land are under agricultural utilization;   an additional 10 million hectares remain unutilized, despite their potential. Obviously, the scarcity of water resources is one issue (the agricultural sector uses some 90% of the country’s water resources), but experts believe that the sector has been mismanaged. In fact, alarming data points toward mismanagement: 30% of the country’s agricultural production goes to waste due to inappropriate production, storage and distribution technologies. Another worrying fact is the low rate of water-use efficiency which, according to experts, is 40%; this can be increased through new know-how and equipment. Furthermore, Iran is a major importer of wheat, meat, rice and other basic food products. Though the country is also exporting foodstuffs in other categories, the overall situation can be described as undesirable, particularly considering the regime’s objectives.

According to Sajjad Sanjabi, head of the nongovernmental organization Agriculture Support and Advocacy, the sector suffers from the absence of capable executives, a lack of investment as well as unrealistic minimum purchasing prices that the government has guaranteed farmers. During the 1997-2005 Khatami administration, Iranian farmers had benefited from reasonable guaranteed prices, which boosted the agricultural sector. However, a number of developments changed the economic feasibility of agricultural production in Iran:

As a result, Sanjabi said, “Many Iranian farmers lost their incentive to continue their production,” and the agricultural sector suffered. Consequently, the country moved to a greater degree of importation of food and fruit products. A social consequence of the decline in the agricultural sector appears to be the migration of the rural population to urban regions, increasing socioeconomic bottlenecks in urban areas.

The collapse of the Iranian rial in 2012 also appears to have changed the dynamics on both sides of the equation. Imports have become more expensive and local production could again pick up, provided that the government introduces minimum guaranteed prices that would incentivize domestic production. However, industry experts believe that the Ahmadinejad government’s approach has been more focused on containing inflation as opposed to promoting the sector.

Another industry insider, Alireza Bozorgi, a member of the Expediency Council’s committee on agriculture, water and natural resources, believes that the country lacks a strategic vision that involves all key institutions. He believes that the Ministry of Agricultural Jihad should coordinate its efforts with the ministries of industry and trade, energy, economy and finance as well as with the Central Bank of Iran, seeing that only a coordinated strategy could pave the way for a healthy growth in the sector. Other experts argue that the current structure of the Ministry of Agricultural Jihad is misplaced as there is a conflict of interest between rural development (a priority of the Ahmadinejad government) and promotion of the agricultural sector.

Bozorgi further believes that the sector’s low efficiency and lack of investment have undermined its actual potential in the Iranian economy. He complains, “Only 5% of the country’s new investments flow into a sector that makes up 15% of the GDP.” In fact, according to the Fifth Five-Year Plan, the government is obliged to invest the equivalent of 35% of the sector’s contribution to GDP into the infrastructure needed in the sector. Though it is difficult to allocate exact percentages to each sector activity, experts agree that public investment levels in the agricultural sector have been well below the industry’s need.

Industry experts expect that the next government should develop an overall strategy to create a longer-term vision for this important industry. Within this strategy, attention needs to be paid to facilitating the transition of the agricultural sector from a traditional setting to a more industrial and modern structure. This transformation will require investments in infrastructure as well as attention to issues such as promoting public-private partnerships to improve the conditions in production, storage and distribution across the country. Furthermore, industry leaders expect the next government to return real experts to decision-making positions and to involve nongovernmental entities and agricultural cooperatives in drafting policies, promoting modern approaches to agricultural activity as well as facilitating the growth of needed entities such as specialized insurance companies.

Promoting the agricultural sector would be a unique opportunity for the Rohani government to achieve a number of important goals. In doing so, the new administration could argue that it is moving toward greater food self-sufficiency and that the economic and employment effects could be very positive. Furthermore, the food sector is not exposed to major external sanctions, and international companies could potentially be attracted to future Iranian projects.

It remains to be seen whether the Rohani administration will address the shortcomings in the agricultural sector or whether agriculture will once again be treated as an inferior sector in an economy that has been overshadowed by its petroleum industry and other modern industrial activities. Time will tell.