Although the Lebanese army successfully eliminated Salafist Sheikh Ahmad al-Assir, the societal divide that led to his emergence remains. 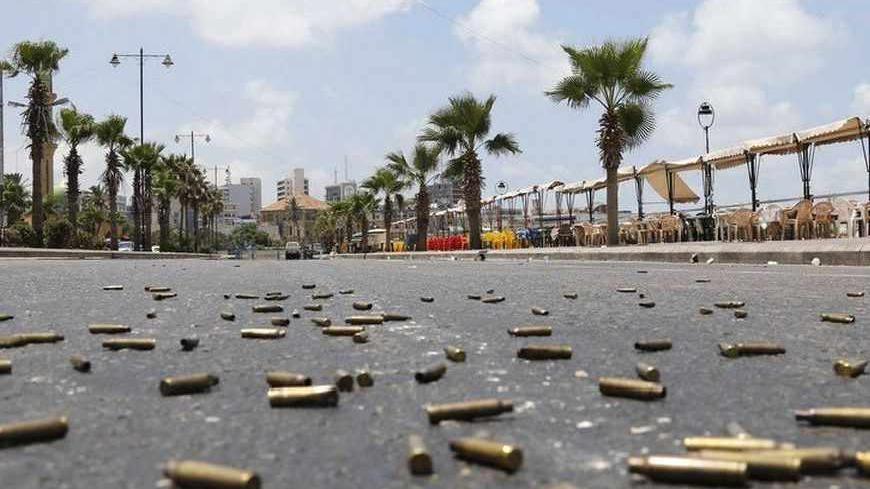 There is no doubt that the attack Ahmad al-Assir conducted against the Lebanese army constitutes a stark violation of the law. It was a reckless act at the least, and a criminal act at worst — regardless of whether Assir was one of its masterminds, tools or victims.

In all cases, when considering the dimensions and repercussions of the incident, what happened was a crime against the law, a stark violation of the state and a stab in the heart of the national charter. As it is unacceptable to take the incident lightly and show leniency in regard to the attack on the army, it is equally unacceptable to exaggerate the risk Assir poses as a Salafist and to attempt to link him to the jihadist movements that function under the flag of armed struggle and have become an equivalent of international terrorism.

The wave of Salafism that is sweeping the Arab world is palpable; its momentum feeds on the deep-rooted problems of the Arab and Muslim-Sunni society — including issues such as identity, their position in regard to modernism, the era of colonization, foreign threats and the countermeasures adopted to fend them off.

In fact, the last threat was the Iranian revolution, led by Ayatollah Ruhollah Khomeini, especially after the Iraqi war and the fall of Iraq into the grip of Iran. The Salafism “phenomenon,” along with all its aspects, finds itself in a controversial relationship with the project of Velayat-e Faqih and the powers under its auspices. It is worth noting that Assir stood out first as a figure that opposed Hezbollah. His criticism of the Lebanese army emanated from the fact that the latter was taking sides with Hezbollah, or rather, in his view, was a subordinate to the party that has strong ties with the Iranian regime.

Even if Assir was an unconventional, new phenomenon in the Lebanese political scene, it is important to acknowledge that Assir’s Salafism had a distinct Lebanese twist that made him lovable, or at least acceptable, among a group of Lebanese Muslims and Christians who were attracted to his bold statements and stances. Even if they were provoked that he performed prayer in a ski resort in front of the cameras, they were delighted to see him riding a bike or swimming or playing pingpong, proving that he is a far cry from the traditional Salafist image that people have and that is represented by Osama Bin Laden and Ayman al-Zawahiri.

What is more important than Assir as a phenomenon is Assir as a situation, and here resides the essence of the issue.

Currently, a large number of articles in the Lebanese and Arab media are tackling the incident of Sidon and its dramatic dimensions, while some are trying to politically exploit it in one way or another. Yet, the analytic articles trying to uncover the reasons behind this phenomenon that is threatening the Lebanese structure with collapse are few. Assir is a manifestation of a deep pain a large number of the Lebanese people and the Sunnis are feeling — that of humiliation.

This feeling emerged when the leader of the Sunnis, former prime minister Rafiq Hariri, died and when, five years after the establishment of the international tribunal, the perpetrators were still unknown. The feeling continued to grow with the wave of assassinations that killed the key figures of the March 14 camp one after the other. Hence, one coalition seemed to be targeted. The feeling reached its zenith when Hezbollah took power in what seemed to be a coup d’état, breaking the partnership rule, which had a huge impact on the collective feelings of the Sunnis. Additionally, excluding former Prime Minister Saad Hariri from the political equation did not help to heal the wound; on the contrary, it added isolation to humiliation and the pain grew bigger.

The crisis reached its climax with the outbreak of the war in Syria, which quickly gained a sectarian nature — a Sunni-Shiite war stirring up heated tensions and breaching all precautions.

This war quickly deepened the vertical division among Lebanese people, especially after the full involvement of Hezbollah alongside Syrian regime forces in Qusair.

Moreover, the Tripoli and Akkar fronts blazed with anger in support of the Syrian front of the same religion, knowing that neither history nor geography would ever come between these two Lebanese and Syrian Sunni communities, separated only by the state border implemented under the French Mandate.

It is worth mentioning that these cities were among the four districts annexed to Lebanon in 1920. Yet here they are today — after having brandished a slogan of “Lebanon First” in the recent period, the period of the second independence — returning symbolically to Syria and coming in fusion with it under the banner of “backing their brothers.” Thus, one may talk about the fall of the Sykes-Picot Agreement. Shifts in loyalties changed the adherences to home countries with their current borders, since said borders were transgressed by the sectarian battles in Homs and Qusair, which changed the home countries’ demographic key bases.

From the perspective of at least one party, the main in-depth issue is Hezbollah’s weapons, which toppled all balances, especially those established after the Taif Agreement. After Taif, the Sunnis broke free from the injustice they were subjected to by the so-called Maronite political class, yet here they are now facing greater hardships imposed by the Shiite sect, while the financial and political support they received from Saudi Arabia did not enable them to restore the balance.

Assir expressed the will of the Sunnis and filled the vacuum caused by Hariri’s absence, in the light of compromise policies that proved the futility of moderation against an armed party. Moreover, former Prime Minister Fouad Siniora said that Assir defied Hezbollah’s arrogance. This is yet another dangerous concern, since whoever attacked the army is not an isolated case, and after committing this heinous crime against the Lebanese army, Assir still touches and draws the attention of a Lebanese category to be reckoned with.

Thus, the Sidon crisis reveals another crisis on the national level, a crisis which may not be addressed by the “ostrich” policy — the policy of escaping by going forward or by overstating victories and dodging unsettled issues.

As for Hezbollah's role in this matter, one may not question its responsibility for setting the appropriate circumstances for the emergence of the Assir “phenomenon” on one hand, and for setting the circumstances surrounding the attack on the other hand, since it was accused of supporting the army during the military operation.

This is yet another dangerous situation, since the Sunni community finds itself in a confrontation with the Lebanese army and through it with the Christian community, which historically is sympathetic to the army. This scene shows the complexity of the Lebanese crisis and the absurdity and even the nihilism of the political movement in Lebanon.

No one from the political class mourned the elimination of Assir. His elimination was a relief both to his adversaries and their opponents. For the former — who spared no efforts since his emergence as a political Sunni star to portray him as a devil — his elimination provided justification. Meanwhile, for the latter it removed a troublesome competitor and so they rushed to attract the popular base sympathetic to him, and started applying policies of partiality and double standards.

The army was victorious; yet unfortunately, its victory is of no use, since such a victory should have only been used to consecrate the state project and reinforce internal harmony. This was not the case. Today, Assir disappeared, while some are still searching for him, cursing him or weeping his absence. This small nation awoke after a nightmare scattered and divided, to find itself, once again, a captive of its own people.

Sami Nader is an economist, Middle Eastern affairs analyst and communications expert with extensive expertise in corporate strategy and risk management. He currently directs the Levant Institute for Strategic Affairs (LISA), focusing on economics and geopolitics of the Levant. A professor for USJ University in Beirut, Nader appears regularly as an analyst for economic and geostrategic matters on different Arabic and international channels. On Twitter: @saminader