The outgoing Iranian president has proposed a bill that would limit the working hours of some women. 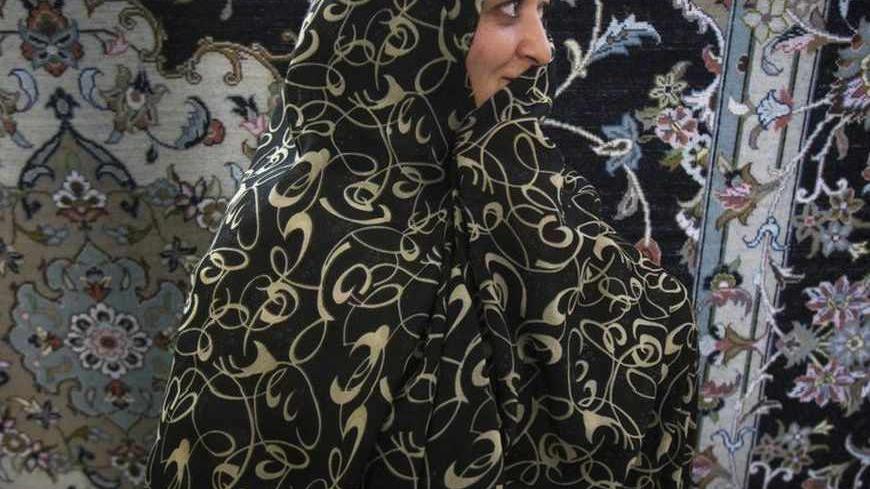 Iranian President Mahmoud Ahmadinejad has proposed as one of his final legacies a new law on working hours for women. The bill, shelved until parliament members return from summer vacation, has sparked controversy.

If passed, certain women would work 36 hours a week, but get paid for 44 hours of full-time employment. The shorter shifts would be applicable to women who head a household, care for a disabled or sickly child or spouse or have children under the age of seven. These women could also opt out of working fewer hours and instead take two days of paid leave each month. The bill would be inclusive of women working in government and the private sector.

Many women’s rights activists believe this bill is another attempt by Ahmadinejad to dramatically reduce women’s participation in the workforce and further isolate them from the broader society. Iranian women already face a number of restrictions on their ability to work and pursue an education. In the Iranian constitution, the rule on women running for the presidency appears to be purposefully vague, but in practice, women are forbidden from becoming president. They also cannot serve as judges, in accordance with Sharia. Women are excluded from pursuing certain majors in college, and there are certain fields of study for which faculties admit a smaller number of women even if they score as high as men.

Former President Hashemi Rafsanjani expressed a contrasting take on women running for president, arguing in early July that the word rajol (Arabic for "man") in the constitution should not be translated literally. He contends that it has a broader meaning, inclusive of both genders. He also asserted that the term rajol-e-siasee (literally, "political man") should be interpreted as "political professional."

Ahmadinejad's government has increasingly encouraged telework, particularly in the public sector, emphasizing its advantages for women. The practice is quite popular in major cities, especially in Tehran, due to the heavy traffic and dangerously high pollution Iranians face while commuting to work, particularly in winter. Yet, there are many critics who view the promotion of telecommuting as another means of isolating women.

More than half of Iranian university students are female and are legally allowed to participate in the workforce in most capacities. They traditionally, however, are not expected to be breadwinners. Their increasing social presence and economic contribution to their families are significantly challenging this tradition. That said, there has always been resistance to altering the roles of Iranian women. Conservative traditionalism, religion and fear of female domination appear to be the roots of such resistance.

In contrast to the government, some private companies go to great lengths to recruit young, attractive women and showcase them in pursuit of better business. Some employers subtly mention their preferences in appearance, while some bluntly ask women to doll up and even provide them with makeup accessories, blond hair dye and bright nail polish. Others ask their staff to dedicate monthly bonuses to improving their appearance. There are also Iranian and foreign businesses that require their personnel to refrain from wearing headscarves at the office. This has angered the regime time and again and prompted crackdowns on such companies. This has led some businesses to be more discreet, to avoid the potential hassle but not to change the policy.

Going without a headscarf behind closed doors including in office settings is an unofficial right of employees of foreign organizations, and is respected by the regime, as long as the women abide by the law in all other situations outside work. Iranian officials generally consider foreign establishments' office space as off-limits. Many Iranian companies have offices in apartment complexes and keep the door locked at all times in case a report to the authorities prompts the sudden arrival of law enforcement. Since the authorities are required to ring the bell, those inside would have enough time to grab a scarf before letting them into the office space.

One Tehran woman in her early 40s complained to Al-Monitor about being jobless for the fourth time in a year. Her religious and traditional family force her to live at home because she is single. Moreover, although she has a master’s degree, her brothers inspect any potential workplace and then issue their approval or disapproval of the atmosphere and other circumstances. Two of the companies she worked for during the last year had asked her to “look more appealing.” As soon as she tried to do so, her brothers told her to resign.

There are women whose husbands also would find such a workplace objectionable, as would some women themselves. It is not uncommon that a woman might choose to keep her employer's expectations secret from her family because she likes her job or simply needs the income.

The attire and appearance of Iranian women on a Tehran street could easily confuse a bystander. The drastic differences on display reflect clashing beliefs and views, ranging from extremely conservative to Beverly Hills wannabe and conventional in between. The variety of traditional, modern and overtly Western-oriented women in Iran, viewpoints regarding them and societal roles make any legislation on women potentially controversial.