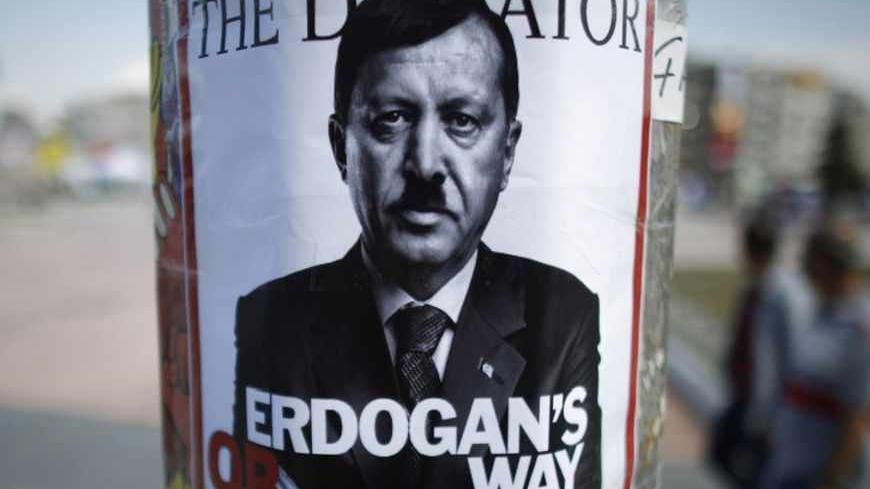 ISTANBUL — Fatma Betul Ozer is having flashbacks from a decade ago, when she was barred from attending university in Turkey because of her headscarf.

Ongoing protests criticizing Prime Minister Recep Tayyip Erdogan have created a climate where some women who wear hijab say they feel unsafe because Erdogan's opponents immediately associate them with him and his AK Party, which has Islamic origins. In addition, critics of the protests accuse certain political groups of exploiting the situation to stoke tensions in the country. At the same time, Erdogan supporters say their party is evaluating its management of the clashes, but dismiss protesters' claims that they have limited personal freedoms.

Earlier this week, while walking with her young child at an Istanbul mall, Ozer said she was heckled by a woman and two others, shouting loudly about attending the protests and telling her: "You are guilty."

"I don't have any security in the street now," Ozer said.

What they didn't realize is that she agreed with the initial protests against development plans at Gezi park and was upset with the police crackdown on demonstrations with tear gas. In fact, she's unhappy with Erdogan's handling of the situation and exhibiting bravado in his speech, though she credits him with helping women in headscarves gain rights in public spaces.

"A leader shouldn't be stubborn to his people, he should listen every time," she said.

As a result of his response this week, she feels the clock has been turned back for women like her as she and her friends stay mostly indoors with the threat of harassment palpable. "We were at this point 10 years ago, and Tayyip Erdogan was the one that saved us from this position; but now he is the reason for this position," she said. "It is a dilemma."

The sudden burst of activism across the country indicates that the protests were planned ahead by groups looking for an excuse to set their agenda into motion, asserted Oya Akgonenc, a professor of international relations in Ankara who served in the Parliament under the Fazilet party from 1999-2002, and is now a member of the Saadet party. Akgonenc said it's not merely about saving trees in a park, as it initially began.

"This is not a spontaneous activity and it doesn't look as innocent as it pretends to be," she said.

In part, Akgonenc faults the Republican People’s Party, known as CHP, for being a "big culprit in this issue." The CHP, a strong critic of Erdogan, was founded by Mustafa Kemal Ataturk, who established Turkey's modern, secularist state. But she said members of the opposition, of which she counts herself, must find “democratic” ways to achieve their aims and not resort to what she sees as creating anarchy. Moreover, she said the solution is not a military coup as has occurred several times in Turkey's past.

In addressing the protests, she said Erdogan could have "kept quieter" or said he's looking into the matter, while the local government could have shown a little more understanding in dealing with the marchers, but she also questioned some protesters' tactics such as vandalizing property.

"I am questioning the sincerity of some of the groups. I feel that there is a huge mixup right now," she said. "There are people with some very justifiable demands and some very understandable causes, which they want to demonstrate in their normal democratic way — I am all with them. But I also see a lot of groups who have no specific aim but destruction or taking the events to an unexpected negative direction and gain something out of it."

Comparisons to the Arab Spring are "absurd," she said, because Turkey's elected government is not a dictatorship, as was the case with former presidents Hosni Mubarak in Egypt or Zine El Abidine Ben Ali in Tunisia, for example.

"There are many people outside who would like to see a 'Turkish Spring," she said. "If there are changes … it will come through proper elections and through democratic voting."

When the protests first broke out, Zeynep Jane Louise Kandur, who represents the Istanbul women's branch of the AKP, said it was encouraging to see people had the confidence to express themselves publicly. "At the same time, it was very disheartening to see the level of polarization that occurred," both in the square and over social media. "The hatred you could see on some of the links and things being said, it was very very worrying."

Currently, the party is looking at how it could better respond to such situations in the future. "Something went wrong somewhere, because it was misjudged" in the upper echelons, Kandur said, calling the measures authorities took as "heavy-handed."

"I think there's a lot of internal questioning within the party," she said. They spend much of their time at the grassroots level, she said, discussing issues with people and solving problems as they get feedback. "This is being examined and this is not something that wants to be repeated — they've taken the lesson to heart and it should not have happened as it happened and it will not happen this way again."

She said there's now an attempt from "well-intentioned" contingents on the two sides to reconcile.

However, Kandur disputed assertions from protesters that the party has diminished personal rights. For instance, she said, legislation regarding abortion and alcohol reflects regulations on those fronts that can be found in other European countries, but are not outright bans.

She also said women's rights have not backtracked, as some demonstrators have argued. "When they say women's rights are being infringed, I'm at a loss as to what they're thinking,” she said. "Nobody to date, has said all women have to wear headscarves.”

In the 1990s, she recalled having to quit her job as a teacher because she was forbidden to wear a headscarf to work. In addition, she said her daughters were prohibited from donning their scarves at their university. That has changed under Erdogan, she said.

"How can a dictator be elected three times by the populace?” she said, referring to a label some protesters have used to describe Erdogan. “That's a not a dictator."

For its part, the AK Party has female members who are veiled and those who are not. Kandur also cited a center for women run by a local party council in a low-income area of Istanbul's Bagcilar district, where they run music and sports programs and teach trades such as embroidery and computer skills, as a sign of their efforts to help women gain employment.

As the protesters continue to stick to their turf on Istanbul's European side, there's a sense of frustration of wanting to be heard, of wanting to get through to the prime minister. Meanwhile, several women who wear headscarves have reported being harassed in the street by some furious factions.

Living on the city's Asian half, Ozer, the young mother, said she's never been to a demonstration, but wants Taksim to stay as it is, so that it can continue to be a center for all kinds of protests. She noted that it was the site of rallies years ago when young women demanded the right to wear their headscarves to school. Ergodan previously got her vote, but she now wonders if she will turn elsewhere, if he is unable to bring more unity to the country.

"I want Erdogan to hear me — he should hear me and say something good and everything will be good again," she said.

Nafeesa Syeed is a writer and editor based in Washington. On Twitter: @NafeesaSyeed.