Turkey's Military and the Protests In Gezi Park

The Turkish government is haunted by coup fears in its handling of the massive protests. 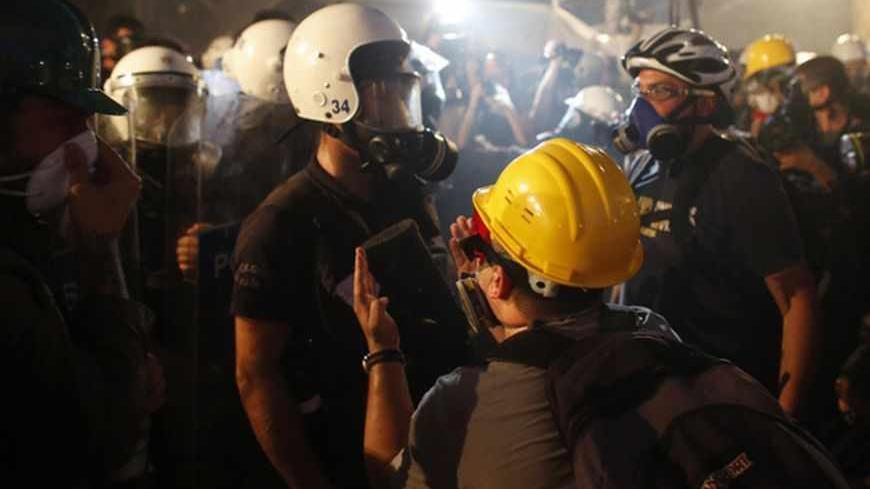 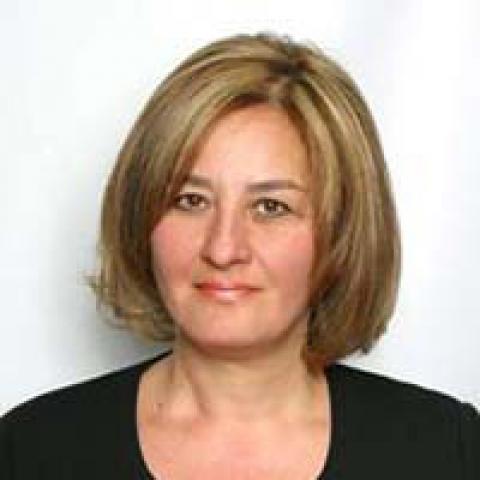 Turkey's government, facing the biggest-ever street demonstrations since it came to power more than a decade ago, is convinced that behind these nationwide protests lie a military-civilian bureaucracy seeking to end its rule. Indeed, Turkish Prime Minister Recep Tayyip Erdogan held last Saturday, on June 15, his first rally called “Respect to national will,” in capital Ankara’s Sincan district. It is widely believed that the rally was an implicit show of force to the protesters he thinks are supported by military-led, fiercely secular segments of the society.

Sincan is the district where the military paraded tanks 16 years ago on Feb. 28, 1997 — known as the Feb. 28 postmodern coup — that led to the forced resignation of the Islam-sensitive coalition government. The coup became possible when the Turkish Armed Forces (TSK) mobilized civilians from all segments of the society to stand against the government. Turkish non-governmental organizations at the time organized nationwide protests under which every household and work place turned their lights off for a minute at night to create an awareness against illegal elements of the "deep state."

The lights in the offices of the Turkish General Staff, located in the center of Ankara, were also turned off for a minute under the protests named, “One minute of darkness for a continuous brightness.”

Those peaceful demonstrators, however, became aware years later that they were exploited by the military-led establishment to actually unseat the government. There have been numerous other past examples that the once politically-meddlesome military turned out to be behind demonstrations to unseat governments.

Hence, the initial peaceful protests that started on May 31 at Gezi Park-Taksim Square to prevent the cutting down of trees for a redevelopment plan at first glance could have recalled the events prior to the Feb. 28 coup.

Haunted by such past experiences, the Turkish government is convinced that current nationwide protests are the product of deep state elements seeking to overthrow it through anti-democratic means. This is despite the fact that it was under AKP rule that the military’s power in politics was curbed, while more than 400 retired and active officers including some active and retired commanders are being tried — accused of planning coups.

Addressing tens of thousands of his supporters on June 15 in Sincan, Erdogan said, “You sensed the trap that is laid for you. Here, you are spoiling this cowardly trap. … We overcame the darkness of 27 May (1960 coup), 12 September coup, as well as 27 April. We have not been like those who have taken to the streets. …  Are they the environmentalists?”

The riot police’s brutal crackdown on the peaceful protesters in Gezi Park triggered the nationwide protests as the government opted against holding those responsible for excessive use of force against the peaceful demonstrators.

Some senior AKP deputies shared Erdogan’s fears that the protests are the work of some deep state elements. Mustafa Elitas, a ruling party MP, likened the protests to a modern coup while branding the protesters as terrorists.

“Ballot boxes were not waited for. They scared us with the sound of the tanks, they controlled people’s will under the shadow of a barrel,” he said.

How real are the concerns of the Turkish government and the majority of his supporters that behind the protests are also international media they accused of creating the false impression that Turkey is going up in flames?

The only overt evidence that can be cited as support given to the protesters by the military is a statement released by the officers and the civilians who are currently being tried over charges of making coup plans code named Ergenekon to overthrow the current government.

Meanwhile, contrary to some of the previous demonstrations, there have not been any placards visible during the current protests inviting the military to take action, i.e., to interfere in politics.

A Turkish academic joining in the anti-government demonstrations recalled to this columnist that there are around 400 active officers who are in jail over coup-plan charges and that they do not have the power to intervene in politics with the pretext that the country is engulfed in a turmoil due to the protests.

In the meantime, the protests took a new turn when riot police were supported by the gendarmerie, a de facto military force, and took action to disperse defiant protesters both in Taksim Square and Gezi Park for the first time last Saturday, June 15.

The gendarmerie’s involvement in quelling the protests raised concerns that, if not suppressed, the military may be dragged into the demonstrations.

Deputy Prime Minister Bulent Arinc said on June 17 that, if needed, the government may deploy military forces to halt the ongoing protests.

If, however, the demonstrations are not stopped in a peaceful manner, then by dragging in the military to confront this popular movement, the government will find itself in the paradoxical position of inviting the military to step in.