The way Turkish Prime Minister Recep Tayyip Erdogan handles the protests will have a big impact on long-term foreign investors. 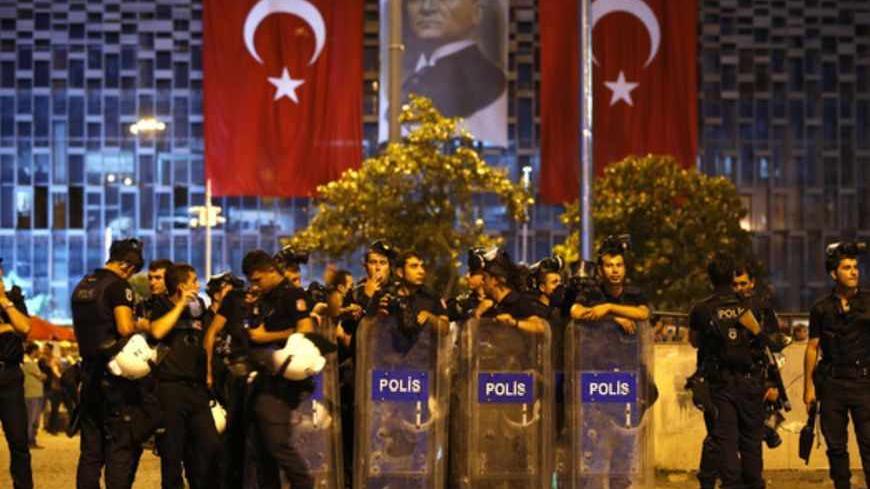 The protests that will mark their first full month on Thursday, June 27 raise a major question for long-term investors: Should they worry about political and economic stability in the country, and be wary before tying their money up in the Turkish market? The short answer is no, but it won’t hurt to be guarded.

It’s been clear that these protests revealed Turkish Prime Minister Recep Tayyip Erdogan’s limits in governing the country after almost 11 years in office. Umit Ozdag, chairman of 21st Century Turkey, an Ankara-based think tank, told Al-Monitor, “If those who receive only 6% of the national constituency votes forced him to open negotiations with the imprisoned Kurdistan Workers Party leader Abdullah Ocalan, think about the power of the 50% of the population who haven’t voted for him and is now on the streets.”

In brief, it really does not matter how harsh Erdogan criticizes the people in the streets. He is dependent on them to calm the streets to maintain the flow of foreign investment to the country and the hot money in the local markets. He can only guarantee his next term in office by keeping the economy out of trouble.

Technically, Erdogan must have ordered the planting of a hundred new trees as well as 152,000 flowers at Gezi Park last week as an olive branch to the protesters, but his rhetoric of the people on the streets protesting his polices being “enemies” cut him short. And that bipolarity about his character may certainly create concern in international markets by casting doubt on whether he is really committed to democracy. When he exclaimed, “Do excuse me, but this Tayyip Erdogan won’t ever change!,” many recalled his past cynical remarks comparing democracy to “catching a train. When you get to your station, you get off.”

The Gezi Park protesters’ actions might be interpreted as the insurance of Turkish democracy. Whether there is a reliable opposition party to defeat Erdogan at the ballot box or not, the people are now taking an open stand to keep Turkey democratic, with secularism as an integral component. For long-term investors, such strength in a society must be good news.

That aside, there is no reason for the government or investors to make the protesters shoulder the responsibility of potential economic troubles in the country. The prime minister takes pride in strengthening the state institutions that made the economy fragile in the past. Turkey’s banking sector today is stronger than ever, but there are concerns about the ratio of foreign debt to gross domestic product, which is at 6%.

"[It] is still high and, moreover, is increasing because of a recent revival in domestic demand along with sluggish exports and increasing imports,” wrote Seyfettin Gursel at Today’s Zaman on June 22. “Inflation, at roughly 6.5%, is over its target of 5% and the GDP's growth rate is below 4%. This state in which we find macroeconomics is already alarming and necessitates a different policy response from the current one.”

Indeed, that one dollar is selling for 1.93 Turkish lira today cannot only be linked to the Gezi Park protests. There is excessive volatility in the markets, and concerns about how far Erdogan is going to continue with his harsh rhetoric despite the real economic stakes.

Put differently, Erdogan’s dealings with the protesters are going to define the future moves of the long-term investors in the country. And it will be key to watch not what he says, but what he does about those police officers who used excessive force on people, and what kind of legislative changes he will make to move forward with the negotiations regarding the Kurdish issue. It will be a hot summer, alas.