What Are Rouhani’s Critics Afraid of?

Attacks on Hassan Rouhani since his election seem inspired less by outrage at his record than by fear that the United States and Iran will achieve some accommodation in nuclear talks. 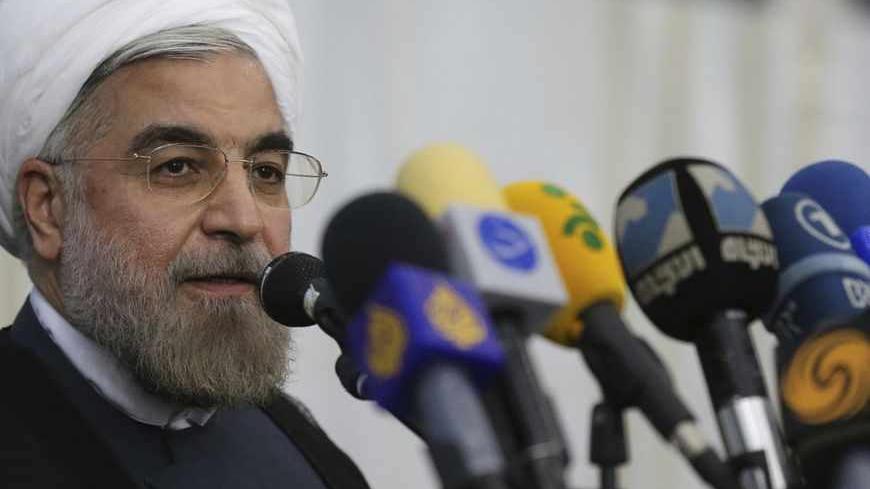 In the aftermath of Hassan Rouhani’s surprise victory in the Iranian presidential elections, there has been a cascade of pessimistic commentary suggesting that the replacement of Mahmoud Ahmadinejad by the former senior nuclear negotiator will not stop Iran’s alleged pursuit of nuclear weapons.

Iran, these accounts assert, is barely a year away from breakout and a Rouhani administration will not change that trajectory — just lull the West into thinking that a negotiated deal is possible while Iran continues to install centrifuges and pile up ever greater quantities of enriched uranium.

Indeed, one party-pooper postelection briefing warns that “nothing is likely to stop Iran from getting the bomb if and when it decides it wants one,” including the use of military force. The challenge, according to The Economist, “may be less about stopping Iran than managing the consequences of it having a nuclear weapon.”

The commentary is correct to say that whether Iran acquires nuclear weapons is a political decision to be made by Ayatollah Ali Khamenei and his senior advisers, including Rouhani. It is far too late to bomb the knowledge of how to enrich uranium out of the minds of Iranian scientists; a military strike on Iran’s facilities might only persuade Tehran to try harder to build nuclear weapons.

Still, it seems overly defeatist to assert that nothing the outside powers can do or say in the next 18 months can impact the leadership’s decision. The fact that negotiations so far have not been successful is the fault of both Iran and the five permanent members of the UN Security Council plus Germany. Instead of wringing our collective hands, we should try to improve the negotiating climate and test whether Rouhani can deliver on his pledges of more constructive interaction with the international community.

Rouhani has made a start by promising greater transparency for the Iranian nuclear program and will hopefully take pro-active steps such as finally opening the military site at Parchin to the International Atomic Energy Agency.

The P5+1, for its part, should be using the time before Rouhani’s inauguration on Aug. 14 to prepare a new detailed offer trading verifiable limits on the nuclear program for step by step sanctions relief. The US Congress should refrain from passing new legislation until Rouhani has had time to influence Iran’s negotiation strategy; there will always be opportunities to impose new penalties if, after six months, the talks remain stalled.

The focus now should be on increasing negotiating flexibility on both sides instead of what appears to be a concerted campaign to disparage Rouhani politically and personally.

Israeli Prime Minister Benjamin Netanyahu seems genuinely bereft at having lost Ahmadinejad as an easy foil. In the United States, meanwhile, right-wing commentators such as John Bolton — who did so much to sabotage talks when Rouhani was Iran’s chief nuclear negotiator from 2003 to 2005 — have been quick to slam the cleric as “a “tool” of Khamenei and sham moderate.

Others have accused Rouhani of being an accessory to terrorism committed by Iran during the 1990s and an active participant in a harsh crackdown on student demonstrators in 1999.

It's true that Rouhani bragged in 2005 that while he was in charge of Iran’s nuclear negotiations with the Europeans, Iran suspended its enrichment program but was able to proceed with other nuclear work without facing the wrath of the UN Security Council. However, he was trying to justify that suspension to critics in Iran who alleged that the country could have made more progress if there had been no pause in the enrichment effort.

The situation now is quite different. Since 2005, Iran has made significant nuclear advances but has also paid a heavy price, seeing its oil imports halved, its currency devalued and inflation and unemployment rise to record levels. Popular discontent with the status quo led to Rouhani’s victory. Iranians expect him to engage Iran’s adversaries and reach deals, not continue a self-defeating policy of “resistance.”

If true, allegations that Rouhani, as the head of the Supreme Council for National Security from 1989-2005 and a member of a "special security committee," had foreknowledge of assassinations of Iranian dissidents abroad and a terrorist bombing in Argentina in 1994 that killed 85 people are chilling.

The Islamic Republic has committed numerous horrendous acts during its 34-year history and Rouhani has been a senior official for much of that time. However, the United States has dealt with far more unsavory regimes and individuals in the past and reached agreements that served US national interests and those of its allies. The attacks on Rouhani since his election seem inspired less by outrage at what he may or may not have known than by fear that the United States and Iran will actually achieve some accommodation.

Given the unhappy history of the United States and Iran, it would be foolish to be overly optimistic that major change is possible soon. Yet it is also wrong to throw in the towel.

We will know soon enough whether it's possible to negotiate solid agreements with Iran’s new president. As Alireza Nader, an Iran expert at Rand, said of Rouhani at a congressional hearing last week, “I don’t think he’ll be able to smile his way out of Iran’s crisis.”