The May 31 social explosion has revealed a sparkling new combative, libertarian youth undergoing politicization based on freedoms. 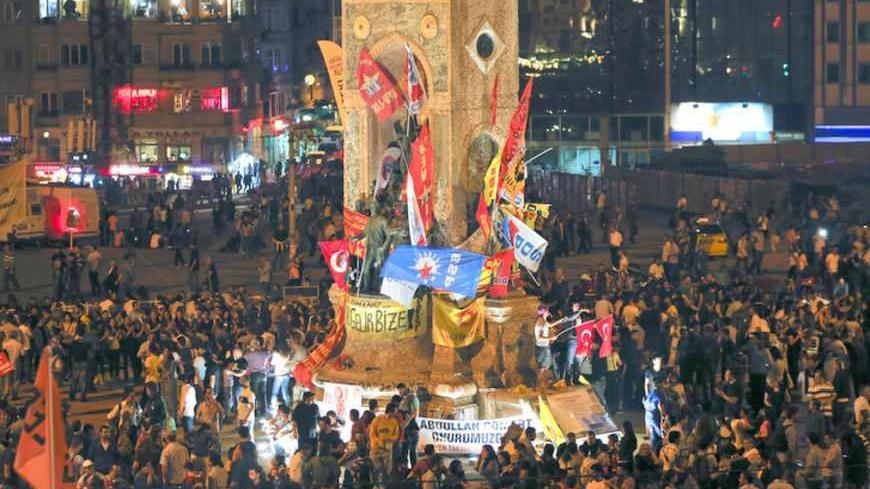 “Old Turkey” is not simply a concept cited by AKP ideologues when marketing their “new Turkey” paradigms. There was truly a Turkey long in the past. “Old Turkey” was the Turkey of the Kemalist Republic. "New Turkey" is the AKP’s Turkey.

The social explosion on May 31 at Taksim, the most prominent city center of the country, gave birth to a new Turkey, or perhaps better to say, “the newest Turkey” from the AKP’s Turkey.

Therefore, we are facing a phenomenon of the “newest Turkey” that is rapidly erasing the AKP’s "new Turkey."

Before focusing on this “newest Turkey,” a comparison is in order between the “oldest Turkey” and this rapidly eroding “new Turkey.”

The basic characteristic of the “oldest Turkey" was the efforts of the pro-West, modernist military-bureaucratic elite to transform the remnants of the old empire into a secular Turkish nation.

The Kemalist and authoritarian military-bureaucratic elite utilized the entire gamut of state instruments for decades to make Kurds Turks and to secularize the religious. They were successful in some of these goals and failed in others.

We must also mention that as a consequence of military coups that were staged every ten years starting in 1960, a “military-bureaucratic tutelage” had taken shape. As a result, Kurds who couldn’t be made Turks and the religious who couldn’t be secularized resisted through different means, became politicized and finally brought down the tutelage regime in 2007-11 period.

A summary definition of the AKP’s “new Turkey” is this:

The emergence of a de facto ruling coalition between the AKP, which under the indisputable leadership of Recep Tayyip Erdogan  represents the common interests of Islamist political cadres, the conservative Anatolian bourgeoisie, the new conservative middle class and the poor pious masses of big cities who emigrated from Anatolia and the influential faith community of Fethullah Gulen.

In the meanwhile, the crisis of the former traditional political class continues. The traditional center-right has totally disappeared, while there is a serious deficit of an effective and valid opposition on the center-left.

In a country where there is no separation of powers, where checks and balances are not working and the media is shackled, all powers are in the hands of one man.

It is likely that this concentration of power in his hands, in addition to his inclination for authoritarianism that is his personal nature, has also contributed to his illusions of changing Turkey as he wants in conformity with Islamic aspirations in his mind.

The May 31 social explosion replaced the functions of non-operational checks and balances and showed the prime minister his limits.

The May 31 explosion is imposing a new calculus on Turkey, free from established politics and state institutions. As these lines were written it wasn’t yet known whether Erdogan had received this message from Taksim. But if he doesn’t receive the message and continues on his path of authoritarianism, the instability of Turkey is inevitable.

Erdogan has suffered a major loss. If he doesn’t immediately react to this loss with a positive and constructive approach, the second major loss will be to AKP’s “new Turkey” and the ambition to make it a model for the Middle East.

The first prerequisite for Erdogan to show the proper reaction, not only in words but in deeds, is for him to understand who the hundreds of thousands of young people who rebelled against him are, and what they want.

The first public poll that could well help him in this task was carried out online June 3-4 by Esra Ercan Bilgic and Zehra Kafkasli, faculty members of Istanbul’s Bilgi University. The poll, which 3,000 protesters responded to over a 20-hour period, shows that the target was not the AKP but its leader, Erdogan.

The most prominent reason for joining the protest given by 92.4% of respondents was “Erdogan’s authoritarian attitude.” The second motive, by 91.3%, was police brutality; the third was violation of democratic rights cited by 91.1%; fourth was the news media’s silence, 84.2%; and the fifth was cutting down the Gezi Park trees to build a shopping mall, cited by 56.2%.

As to what they aren’t, 92.1% are not AKP voters. Those who say they are not conservative are in second rank with 75%. More than half of them, 54.4%, don’t consider themselves apolitical.

Only 7.7% among them came to Taksim encouraged by an organization they are affiliated with. So what are we to understand from all these answers and percentages?

These events show that a new and very different generation has emerged on Turkey’s scene. They are Turkey’s “’90s generation.” They are not a part of established politics. This is a spontaneous, unorganized and leaderless movement.

Nevertheless, they represent a new style of politicization.  Yes, they are libertarians. You don’t need a poll to understand that. On June 1, when hundreds of thousands of them occupied Taksim, they were freely kissing and drinking in the streets, just what the Neo-Islamist leader was preaching to them not to.

This generation was born in Turkey governed by Erdogan and grew up in his “new Turkey.” They were not subjected to torture and prison terms as were their 1968 grandfathers or their father’s generation, oppressed by the Sept. 12, 1980, coup. This is one reason why they are fearless. Some of the pain suffered by the Islamists during the Feb. 28, 1997, postmodern coup and the consequent victimization narrative of Erdogan mean nothing to them.

To the contrary, they see Erdogan as a threat to their own lives and they oppose him. These people took to the streets for their own freedoms and futures. Unlike their fathers and grandfathers, they are not pursuing the ideal of a “world free from exploitation.” Whatever they want is for themselves and that is why it is not easy to cope with them. They are the people. We hope Erdogan will assess and internalize this situation with a realistic perspective.

Otherwise, the high-speed unraveling of AKP’s “new Turkey” will be the topic of the country in the days to come.