Americans could learn from Israel about the demands of cybersecurity in the 21st century. 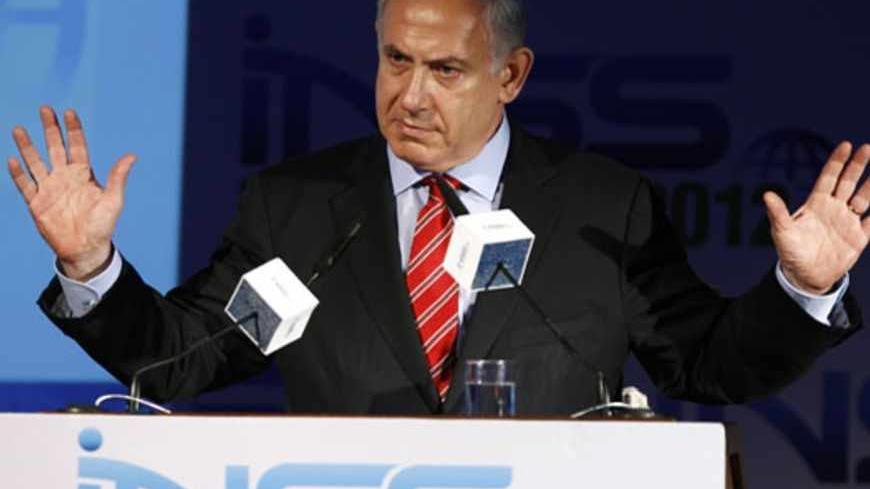 Former Foreign Minister Avigdor Liberman, who at the start of his political career in the mid-1990s served as the director-general of Prime Minister Netanyahu’s office, was the first person to demand of the participants in the meetings he conducted to dismantle their mobile phone and pull out the battery. Having come from Russia, Liberman already knew back then that cellular phones were, for all intents and purposes, potent surveillance devices and that those with appropriate means could connect to them via remote from anywhere in the world and eavesdrop on the events taking place in the room.

That was almost 20 years ago. The incumbent prime minister — Benjamin Netanyahu again — prefers to hold particularly secret discussions at the Mossad headquarters in Tel Aviv rather than at his shielded office in Jerusalem. Only there, at this Mossad facility, which is optimally protected against outside surveillance, does Netanyahu feel safe from wiretapping. Incidentally, Bibi [Netanyahu] is not concerned by wiretapping from Syrian or Egyptian intelligence agencies, but rather from the colossal and daunting US National Security Agency (NSA). The working premise of Israel’s senior politicians and defense officials is that the Americans pick up, record and transcribe every word that’s uttered here. These are the rules of the game, and nobody in Israel really complains about this state of affairs. If you ask Dan Shapiro, the popular US ambassador to Israel, he will tell you that even though it is common knowledge that everyone listens to everyone else, Israelis have never grumbled.

And maybe the reason they haven’t grumbled is because they’re also, strongly and deeply, involved in this line of work. Take a guess what the largest unit in the Israel Defense Forces (IDF) is. The answer is Unit 8200, an intelligence body (known better as eight two-hundred). Its size, based on foreign sources, is equivalent to or larger than an armored division. Israel’s sharpest minds are dispatched to this unit. In the last two decades, it has turned from a modest and minor intelligence project, which relied on agents and missions behind enemy lines that would make your hair rise, into a gigantic empire that dominates the entire Middle East and well beyond. The software programs developed by Israeli engineers and young startup entrepreneurs, who were recruited to this unit, are cutting-edge. Once they are discharged from military service, they launch a startup company, after which you see them making an impressive exit with Google, Facebook or some other giant. It all started there — at 8200 — which has been a standard-bearer for many years.

An international cybersecurity conference is being held in Israel these days by the Institute for National Security (INSS) headed by Maj. Gen. (res.) Amos Yadlin, who until two years ago served as the director of military intelligence. Here are a few examples of the deliberations at the conference, which have seen the participation of senior officials from the World Bank and the global high-tech industry: “Cyber Protection of the Stock Trade”; “APT — It Hits All of Us” (with the participation of CERT-EU Director Freddy Dezeure); “Strategic Challenges in Protecting the World’s Financial Sector” (with the participation of Ziyu Wang of Venustech Inc. in Beijing). I could go on and on with this conference agenda. Discussions, workshops and brainstorming — all revolving around the new and modern warfare arena, none other than the Internet. There was a time when in order to stave off terrorism you simply had to quickly nab the mustached man armed with a knife who was ready to jump at you from the corner of an ally. Later, it progressed to handguns, submachine-guns, hand grenades and explosives. Solutions were found for all of these problems. But then someone introduced the Internet into our life; boundaries were broken and rules shattered, the more digitized our life has become, the greater the risks that have come along. It is possible today to run a hands-free sophisticated terrorist ring via the Internet. And not before long, terror attacks would take place without anyone being physically present on the ground. When Yuval Diskin — until recently the director of Shin Bet — retired, he set up an international cyber warfare and defense company. The highly regarded former Shin Bet director has his hands full.

And after saying all this, it is time for some comic relief: the United States is abuzz. It turns out that someone is prying into our emails, peeking into our Facebook pages, following our tweets and rummaging through our Instagram photos. Not to mention our mobile phone conversations. US intelligence and surveillance agencies do as they please on the Web. This is not happening in the midst of the Cold War, behind the Iron Curtain, in North Korea or Iran. This is happening in the heart of a vibrant western society which sanctifies the values of liberty, human rights and free choice. “The Big Brother of 2013” on our mobile screen.

What an outrage indeed. It has been quite a while since a more ludicrous scandal took place. We have already identified the person who “spilled the beans” in this surveillance affair. Fearing for his life, he is thinking of relocating to another solar system. And the leak has already been dubbed “the worst of our generation.” And once again, US President Barack Obama is forced to pick himself up and mutter some excuse to the media, while all the freedom and equality seekers are clicking their tongues. How? How could they do this to us?

Are there truly people around us who think that international surveillance agencies do not roam the Internet? Is there anybody anywhere who is sure that some stranger has not looked at their Facebook pages once in a while? Do the citizens of the infinite digital nation — who prosper under the sweeping principle that there are no rules, no constraints, no boundaries and that everything is open and accessible — truly believe that you can provide security to the real citizens of the world in this day and age without monitoring the Internet?

So here are few facts: The Internet is privacy’s worst enemy. The Internet tramples rudely over privacy without batting an eye. The Web is one big Wild West where every girl who, in a moment of weakness, took a compromising picture with her boyfriend, could find her picture flashing on half a billion screens within three minutes. No laws apply to the Internet, everybody posts whatever they want about whomever they want, the Internet has broken incomprehensible records for the ultimate ambition to become famous, a celebrity, to undress and strip. People tell each other about their secret habits in bed, including photos, everybody hacks into everybody's accounts, everybody pries and bad-mouths.

Don’t get me wrong: I have nothing against the Internet. I have learned to live with and within it and have come to recognize its wonderful advantages. But the hue and cry that has been raised because our governments — perish the thought — are taking part in this fete in order to protect us, is out of place. My working premise is simple: every word that I say, write or think on the Web is public domain. And that includes my cell phone. There are many things you can keep on the Internet, but keeping secrets isn’t one of them. If you have a terrible, true secret, whisper it to your spouse in a dark room. And even then, it is not unlikely that a powerful Mossad­-planted transmitter installed under your bed (or inside your pillow) ahead of time will track you down. These are the rules of the game, which you must come to terms with.

Because terrorism has studied the Internet and gained much strength, because terrorists have access to weapons of mass destruction, and because the Web contains an infinite number of terrorist cells, terrorist ideas and incitement to terror, our security agencies are at a loss and have no choice but to be sucked in. They have no way of listening to every Tom, Dick and Harry and their musings. Sometimes it happens — accidentally.

The cutting-edge software that is being developed in laboratories in the United States, Israel and elsewhere, are designed to identify terrorist telltale signs, tracks or signatures even if only by way of hints or intimations. Because, unfortunately, terrorists are not totally dumb, the chances that they would say to each other the word “jihad” or “let’s avenge the blood of Osama bin Laden” are virtually zero. That’s why you have to keep making progress and come up with new patents that could separate the wheat from the chaff. What’s going on out there is a real war and no one has a choice but to wage it. After all, if someone is able to get a car bomb into Times Square in New York, a scandal will automatically break out: “How come there was no early warning?” Friends, to get an early warning, you need to scour the Web. All the time. 24/7. That’s life.

And in conclusion: Given the choice between someone looking at my Facebook page and the possibility of someone flying an airplane into my office building, I’ll take the first option. So America, please grow up. Welcome to the 21st century.