Israeli Prime Minister Benjamin Netanyahu saw the extreme right infiltrate his party, but instead of putting up a fight, he demonstrated apathy and flaccidity. 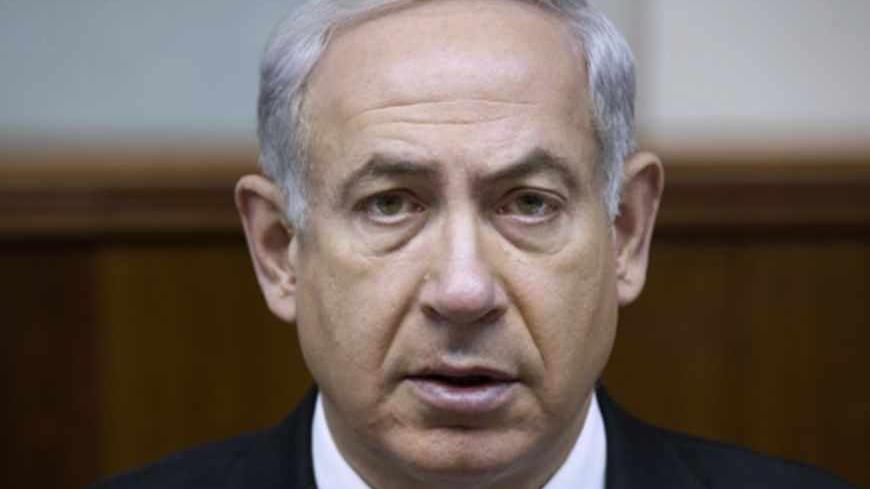 The June 27 election of Deputy Defense Minister Danny Danon, "the settlers’ favorite," to the head of the Likud party convention surprised no one; it only symbolized Prime Minister Benjamin Netanyahu’s loss of control over his party.

The warning signs had been there over the last four years; giant Likud party registration campaigns were conducted in Judea and Samaria. These registrations systematically succeeded in changing the party’s DNA. Netanyahu saw what was going on, but in those years he exhibited apathy.

On June 30, Danon is also expected to win the chairperson position of Likud’s Central Committee, thus becoming one of the party’s strongmen. Danon, who was elected to the fourth place on the Likud Knesset list, owes the settlers for his "upgrade" in status — without even being a minister. Danon will now look up to the settlers and will report to them way before reporting to the prime minister.

This result has far-reaching implications not only for the makeup of the Likud, but directly for Netanyahu. It is difficult to see how he will succeed in advancing toward a diplomatic agreement when the very movement he is heading disregards him. Even more than that, it is hard to see how he will run another time for prime minister — for a fourth term in office — at the head of the Likud. As far as is known, Netanyahu has not yet lost his appetite for another term.

The extreme-right takeover of the Likud was a gradual process. It began immediately after Netanyahu’s election as prime minister in 2009. Netanyahu was aware of the large party registration campaigns in Judea and Samaria in real time. He could have built a counterforce by recruiting new members to the Likud. Such a step could have diluted the critical mass accumulated by the extreme right within the party. Yet, Netanyahu did nothing.

Time after time in the course of these last years, Netanyahu saw how his ministers and Knesset members were threatened by Likud’s registered Judea and Samaria members. He saw their bills and votes that were designed to limit the power of the Supreme Court, but he did not lift a finger.

The big question that must be asked is why Netanyahu allowed the right-wing hard-liners to steal his party? Why didn’t he fight for his party? This week, the situation reached its peak. Netanyahu was forced to withdraw his candidacy for central committee chair because he understood that Danon would beat him in a knockout. This is, after all, practically inconceivable: a prime minister at the beginning of his third term, gives up without a battle to a Knesset member he himself had appointed deputy defense minister. Netanyahu’s position in the Likud is so fragile that he was not able to insert even one representative on his behalf in the central committee.

There is no doubt that Netanyahu underwent a great change in his second term as prime minister, specifically in the way he perceived the party platform and the destructive power of the extreme right that began to infiltrate the party.

Yet, in the not-too-distant past, Netanyahu knew how to successfully fight right-wing elements. In the 2006 and 2009 election campaigns, for example, Netanyahu personally waged an all-out war against Knesset member Moshe Feiglin — the ultimate symbol of the extreme right in Judea and Samaria — who was already perceived as the rising power in the Likud. Netanyahu called him and his supporters "Feiglins" and labeled them "alien corn" in his speeches. He tore them down mercilessly and, through his control of the party apparatus, Netanyahu made it clear to them that they were not wanted.

On the eve of the 2009 elections, Netanyahu even threatened the Likud Knesset members that if they were "caught" cooperating with Feiglin, he would not appoint them as ministers. He succeeded in removing Feiglin from the list by adopting legal procedures; Netanyahu was afraid that the Likud would lose voters if it was perceived as a hard-line party, thus tarnishing its image.

In the recent Likud primaries, that same Feiglin was elected to 15th place. Today, he even serves as deputy speaker of the Knesset.

How strange it is that nothing remained of this fighting spirit when Netanyahu began his second term as prime minister. He did not express interest in what went on in his party, did not meet with the activists and ignored or repressed the reports describing the thousands of settlers signing the Likud registration sheets.

At that point in time, Netanyahu no longer had a close political adviser. Shalom Shlomo, with whom Netanyahu waged the anti-Feiglin battles, was given the cold treatment until he left, and Netanyahu became his own political adviser. His strategy — then and now — was that so long as he is strong, popular and knows how to secure an electoral victory for the Likud party members, the party members will follow him. In other words, his public power would also give him power and resilience in his party. Reality proves that Netanyahu erred. He reached the point where the "method" got out of control.

Netanyahu first came to understand that the party was slipping away from him in May 2012. Netanyahu was a strong prime minister at the time, even crowned by Time magazine as "King Bibi." Yet, when he tried to be elected head of the Likud’s central committee, he was forced to retreat when he understood that Danon would defeat him. As opposed to what happened on June 27, at that time Netanyahu already stood on the dais at the convention when he suddenly realized that the situation was desperate, and canceled the elections.

From his seat on the dais, a startling picture emerged in front of his eyes, reflecting the dramatic change the Likud party underwent: a tremendous sea of knitted skullcaps, worn by Orthodox Jewish males. The settlers filled the hall, instead of the population from the periphery and development towns that had controlled the convention hall in the past. As Netanyahu’s close associates later testified, that was a formative experience for him. He understood that he was losing the Likud and, as a result, two days later he hurried to bring the Kadima party, headed by former Defense Minister Shaul Mofaz, into his government.

This step was a signal to the Feiglins that they were "irrelevant," but the partnership with Mofaz fell apart very quickly. As a result, elections were pushed up and Netanyahu had no choice but to sadly view how the hard-liners were the ones to determine the makeup of the list, to crown new kings and banish old princes. And throughout all that time, Netanyahu — the prime minister with the longest seniority in this position after Israel's first Prime Minister David Ben-Gurion — could not even help former ministers Dan Meridor and Benny Begin get a place on the list.

Two ministers cherished by Netanyahu were simply eliminated by the settlers because they preferred the Supreme Court over the settlers in the evacuation saga of the Migron illegal outpost.

Under the present circumstances, if Netanyahu really intends to lead a serious diplomatic process, he would find it worth his while to start consolidating a contingency plan to disengage from the Likud.