Former Meretz leader Chaim Oron is calling for settin aside the social justice struggle in favor of the fight over the "two-state solution." 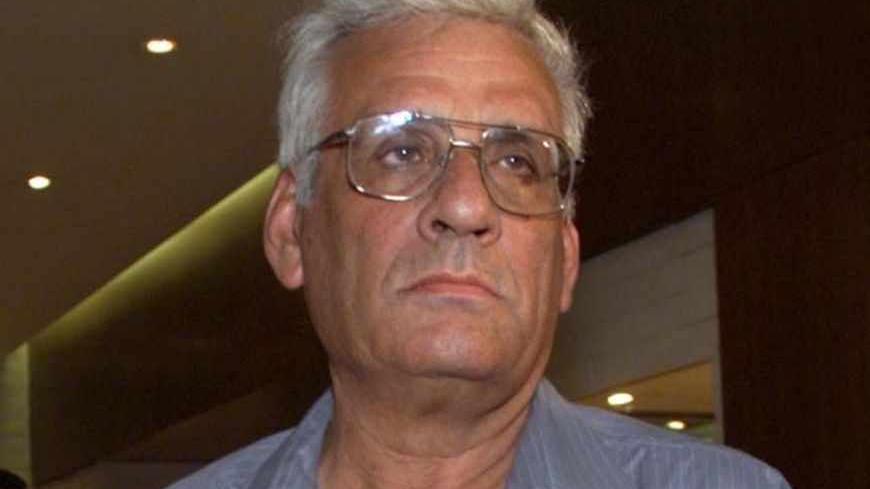 Worried, charged and sometimes apocalyptic — that was the impression made by former Meretz party chairman Chaim "Jumes" Oron last Sunday, June 9, when he delivered a speech to his party’s convention that convened to discuss diplomatic issues. Oron warned against the collapse of the Zionist enterprise if there were no immediate progress in the two-state solution. “Our time is running out. We cannot continue to exist as a Jewish and democratic state.”

Despite the sharpness of the left-wing party head’s words, someone viewed as a pragmatic and much-esteemed individual even by his right-wing rivals — the headlines of the convention went, ironically, to senior Fatah member Jibril Rajoub.

Rajoub was supposed to speak at the convention but Defense Minister Moshe “Bogie” Ya’alon barred his entrance to Israel, claiming that Rajoub “incites most harshly against Israel.” Thus it came to pass that the person whose presence was barred, served to publicize the very existence of the Meretz convention to the Israeli public.

In an interview with Al-Monitor, Oron explained why he felt it was urgent to say what he said in his speech.

There were those who viewed your speech as criticism of Meretz, as not doing enough to promote the negotiations while emphasizing social issues instead.

“I have no criticism; neither against Meretz nor [Meretz Chairwoman Zehava] Gal-On, who does good work. What I said is that we must transmit a clear, unequivocal message.

“The issue on the agenda is the continued existence of the Zionist enterprise as we know it. The greatest threat to its future is continuation of the present situation, continuation of the occupation. Time is running out. The right-wing tactic is to get to the point where the option for a real solution, in the form of two states for two nations, will no longer be possible. That is exactly what Deputy Defense Minister Danny Danon from the Likud party clearly expressed [a reference to the interview on June 8, in which Danon declared that the government is opposed to this solution — M.M].

“We have no argument with Danny Danon or with Bibi [Prime Minister Benjamin Netanyahu] or with the bluff that [Finance Minister] Yair Lapid sold the public, as if he is a dove and [Science Minister] Yaakov Peri and [Knesset Minister] Ofer Shelah carry his diplomatic banner. We need to say clearly that the solution is the following: two states based on the 1967 border line as the guiding territorial axis, two capitals in Jerusalem with security arrangements; but without the right of return to Palestinians.”

For quite some time, the two-state solution is no longer a solely leftist view. Even Netanyahu talks about it. One can say that you have succeeded …

“Netanyahu plays for time. I don’t believe that the current government will execute this step, not because there is no majority for it in the public or the Knesset — because there will be a majority. It won’t happen because Netanyahu does not believe in this solution. They’ll idle away another four years and deal with other issues, so as not to have to deal with the real thing.”

Oron, 73, was agriculture minister in former Prime Minister Ehud Barak's government (1999) and for years served as a highly esteemed member of the Knesset Finance Committee. In this role, Oron led effective oppositional lobbying for the benefit of a social-justice oriented budget.

Do you feel that housing and cottage-cheese prices are not important? Hundreds of thousands of people demonstrated for social justice and did not mention the occupation.

“You don’t have to convince me of the importance of discussion on the state budget. People say that I’m one of those who best understand these issues. Nevertheless, I say that equality in sharing the burden is a type of escape. The price of cottage cheese is also an escape. It is important, but it is an escape. I say that all the struggles must lead to the end of the occupation. The conflicts over religion-and-state and human rights — they, too, are part of the great struggle for the two-state solution. It is the thread that connects all the struggles. Unfortunately there is no-one else to say these things, except for Meretz.”

After retiring from the Knesset (in 2011) in which he had worked for 20 years, Oron was appointed head of the Executive Committee of the Society for the Protection of Nature in Israel (SPNI).

Does the danger seem more real to you, when you are outside the political world?

“Yesterday I was in the Knesset at a farewell event for Stanley Fischer (departing Governor of the Bank of Israel). The prevailing feeling is that we are, in fact, stuck; many, many people feel this way. Even in Yair Lapid’s Yesh Atid party, there are people who think this way. [Justice Minister] Tzipi Livni believed that Bibi is changing; come on. … I, of course, am always willing to be surprised for the good, but not willing to close my eyes.”

Who surprised you positively?

“I was surprised at [former Prime Minister] Arik Sharon when he led the disengagement from Gaza [2005]. I’ll be happy to be surprised at Bibi, but I think that the stories Tzipi [Livni] tells me today about Bibi, Barak already told me two years ago. He always said about Bibi, ‘Wait and you’ll see’ — and the end of the story is no secret.”

What can Meretz do from the opposition?

“A lot. We have to put pressure on Bibi’s partners who deceive us, like [former Knesset Member] Amram Mitzna and [Minister for Environmental Protection] Amir Peretz (HaTenua). After all, they said, ‘We won’t sit in a government that does not advance the diplomatic process.’ We have to remind them of this, and demand answers. The objective is to reach an election campaign as soon as possible that won’t deal with [the price of] cottage cheese and the burden-sharing equality issue.

“Meretz was very successful in the recent elections when it waved the diplomatic flag, but unfortunately did not succeed in changing the public agenda. Yair Lapid received 19 mandates for unimportant issues. As far as I am concerned, if ‘sharing the burden’ is really an escape from confronting [the diplomatic process], then I can do without it.”

About a decade ago, you were a senior partner to the Geneva Initiative vision that presented the two-state solution as the most correct, feasible solution. Are things more urgent now?

“Time is running against us. Everything that could have been attained ten years ago, cannot be achieved today. That is exactly the objective of the Right — that the two-state option should not exist. Everyone who does not actively pursue this solution, causes the liquidation of the Zionist enterprise.

“I don’t know to say when, exactly, it will be too late, but I know that if something doesn’t move now, the time will come.”