Settling the borders issue as a sine qua non condition for normalization between Kuwait and Iraq. 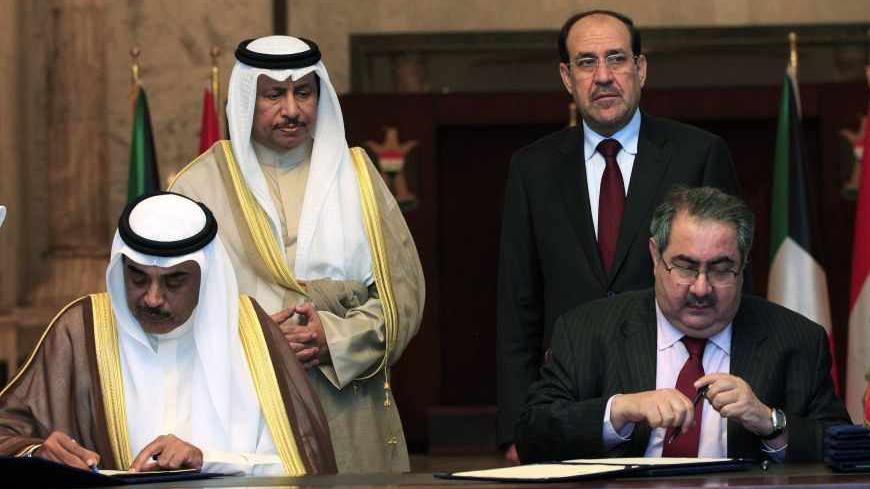 This was a key condition for the Kuwaitis. Indeed, Iraq’s revisionist policy vis-a-vis Kuwait — considering the latter in the past was its 19th province — had already poisoned the relations between the two a long time before the Iraqi invasion of Kuwait. It was a haunting problem for the Kuwaitis.

Now came the time for healing such a historical wound. It was also the moment for the new regime in Baghdad to be relieved of the heavy burden and the price that it entailed because of the former regime policies vis-a-vis Kuwait.

The signing of a number of memos of understanding as well as agreements in different sectors of cooperation came to consolidate the reconciliation, and with it the normalization between the two countries. Indeed, the symbolic gesture of having the ambassadors of the two countries to the UN approach their organization together with the request of taking Iraq out from under the charter's coercive Chapter 7 and put it under Chapter 6 amounted to turning the page on the relations of Iraqi historical revisionism against Kuwait. Revisionism that is largely at the basis of the conflict, war and bitterness between the two countries.

For Kuwait, the reasons for opening up to Iraq are the following: First, its concern about the potential repercussions of the escalating confrontation in the Gulf between Iran and the Gulf Cooperation Council (GCC) over Syria, in particular, and over the Iranian anti-status quo policies, in light of the latter's growing influence in Baghdad, namely with the Maliki government. Second, its concern with the GCC tension with the Maliki government over Syria amid increasing sectarianism that will have an effect at home because of its societal composition. Third, there is also the feeling that Iraq’s Maliki needs to break out from the GCC anti-Iraqi policy that is also siding with and supporting the anti-Maliki forces in Iraq, accusing the Maliki government of pursuing anti-Sunni policies at home.

From the Iraqi perspective, this means that Baghdad would be more flexible on the issue of borders to make a breach in the same Gulf monarchy's policy.

On the Iraqi side, Maliki's government needs to free itself from the heavy pressure of being under UN Chapter 7 and the cost that it entails irrespective of the payment of the remaining penalty to the Kuwaitis. Getting out of Chapter 7 will have important political and economic benefits for a besieged government. Equally important is Maliki’s need to make a breach in the political containment and confrontation that the GCC is following against Iraq, the latter being attacked for engaging in an anti-Sunni policy at home, an anti-Syrian revolution abroad and siding with Iran.

The Maliki government is definitely encouraged by its new Iranian friends to do so. Thus, for Kuwait the timing is of the essence. The Kuwaitis could profit from this moment to settle a historically haunting problem with Iraq over its revisionist policies against Kuwait by settling the differences on territorial problems. This helps consolidate a more balanced policy in the Gulf without changing its position on the Syrian crisis. Such a policy could also have a positive impact on its relations with Iran and could at the same time create some concerns in the GCC family. It is part of, or a return to, a well-known Kuwaiti pragmatic foreign policy.