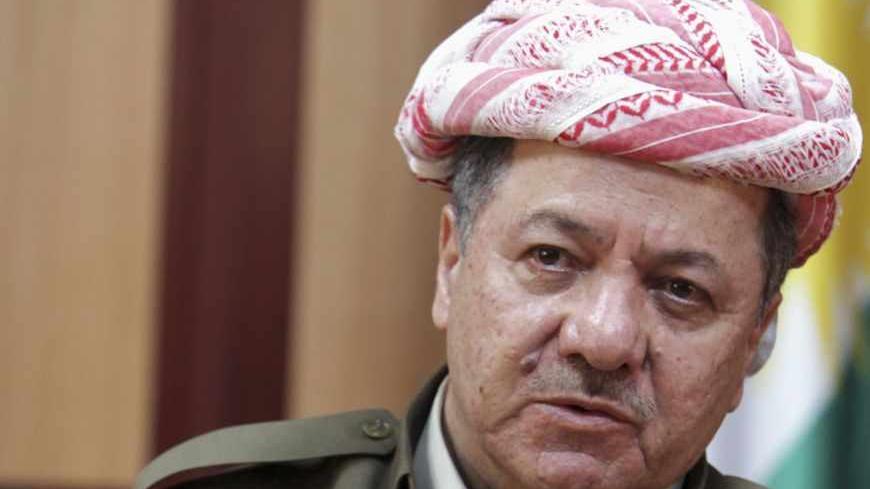 Kurdistan Region of Iraq President Massoud Barzani has asked the presidency of the Kurdistan Parliament to hold consultations with the Kurdish parties and forces regarding contentious items and articles in the region’s draft constitution, to reach national consensus on the draft.

As a result, disagreements have arisen between the two pro-government parties — the Kurdistan Democratic Party (KDP) and Patriotic Union of Kurdistan (PUK) — and the opposition parties — the Movement for Change, the Islamic Group of Kurdistan, and Kurdistan Islamic Union (KIU) — over the notion of national consensus.

A communiqué was issued on Thursday, June 13, on behalf of Omid Sabah, the official spokesman for the presidency of the Kurdistan region. The communiqué said that the president of the Kurdistan region requested that on May 25, 2013, all political parties and forces to present their observations and suggestions regarding the region’s draft constitution.

Sabah said that all political parties and forces responded to the president’s request. The answers were sent via an official letter to the presidency of the Kurdistan Parliament, which will meet with representatives of political parties and forces, and members of the committee preparing the draft constitution of the Kurdistan region, to evaluate the proposals and observations in order to reach a conclusion on the draft constitution and the consensus of all parties.

Subsequently, the presidency of the Kurdistan Parliament held a meeting on Sunday, June 16, with the heads of parliamentary blocs to develop an appropriate mechanism and establish a committee to be in charge of holding discussions about the request of the president of Kurdistan Region, and the suggestions and observations of the Kurdish parties on the draft constitution. However, differences between the two pro-government parties and the opposition parties prevented reaching an agreement over a suitable mechanism.

A statement issued by the Kurdistan Parliament said that the meeting witnessed an exchange of views and opinions on finding an appropriate mechanism for holding discussions and consultations between the Kurdish parties. The statement added that the participants decided to continue their discussions to find a mechanism approved by all parties.

The Kurdistan List in the Kurdistan Parliament — which represents the KDP, led by Barzani, and the PUK, headed by Iraqi President Jalal Talabani, and has 59 out of 111 seats in parliament — believes in the need to involve all Kurdish parties and forces, whether or not they are represented in parliament, in discussions and consultations on the draft constitution.

Omar Nureddine, deputy head of the Kurdish List in parliament, told Al-Monitor, “Representatives of all Kurdish parties and forces should take part in these consultations. It is national consensus we’re talking about here. This will not be achieved without their participation because they represent segments of society.”

In a statement to Al-Monitor, Aram Qader, head of the Islamic Group bloc in the Kurdistan Parliament, said that the "request of the president of the Kurdistan region is clear and authorizes parliament to undertake this task.” He said that there is no need for other parties to take part in the committee that will discuss these proposals and observations.

He notes, "We support the idea of forming a committee comprising the presidency of parliament and parliamentary blocs, which would hold consultations and discussions with all Kurdish parties and forces to reach national consensus on the draft constitution."

The three Iraqi Kurdish opposition forces have strongly objected to putting the region's draft constitution to a popular referendum before receiving national consensus. The constitution would come in force if it gets a majority approval.

He added, "The meeting between the presidency of the Kurdistan parliament with the heads of blocs did not produce results, as there were two different approaches about finding a mechanism for holding discussions with the Kurdish parties outside parliament. Also, 26 parties submitted their comments and suggestions to the region's president. Barzani’s request clearly indicates the need to hold talks with all sides."

The proposed draft constitution of the Kurdistan Region of Iraq consists of 122 items, and it has been in the drafting process for almost seven years. However, the emergence of a strong opposition in the political arena after the 2009 elections became an obstacle for the two major parties — the KDP led by Barzani and the PUK led by Talabani — to put the draft to a popular referendum.