While Iran continues to enforce Islamic punishment through its legal system, many Shiite clerics remain critical of such practices. 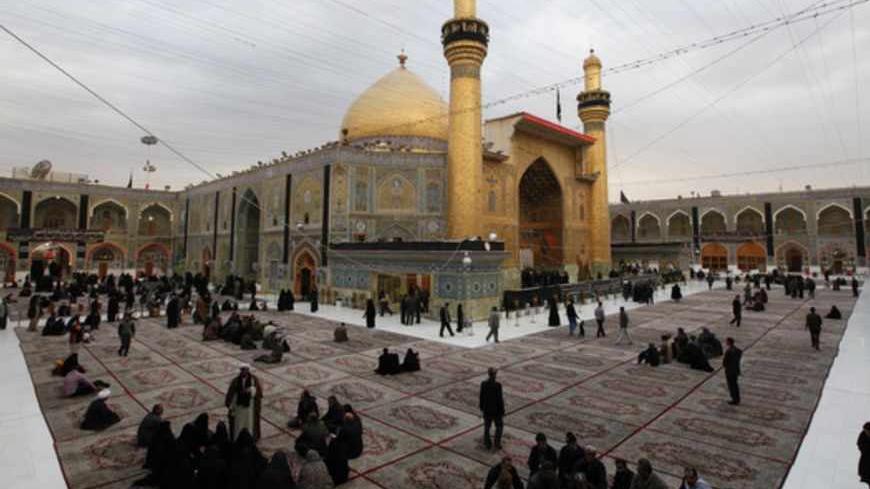 The implementation of Islamic criminal law, most notably in countries like Iran and Saudi Arabia, is a source of concern for international human rights organizations.

Punishments included in the Islamic penal code, such as stoning and dismemberment, were once common practice among many tribes in ancient times. Yet prior to the Islamic Revolution in Iran, such practices were banned in Shiite Islamic jurisprudence. The authority to implement such punitive measures was reserved for the infallible Shiite imams.

Islamic jurisprudence is an expansion of the Islamic code of conduct known as "sharia." Islamic jurists, known as faqihs, interpret this code, which is derived from Quranic interpretations and the teachings of the Prophet Muhammad and the Imams.

Ayatollah Ahmad Khansari, one of Iran’s prominent religious authorities, has unequivocally stated that the implementation of such punishments during the absence of the 12th Shiite Imam is haram, or religiously forbidden. A decision that was unanimously supported by all Shia faqihs at the time.

Religious scholars at the Najaf and Qom seminaries in Iraq and Iran, respectively, believe that an Islamic government is not qualified to implement punitive measures. They believe such practice to be against the Shiite faith.

Ayatollah Abu al-Qasim al-Khoei, the teacher of current Grand Ayatollahs at the Qom and Najaf seminaries, as well as the most distinguished Islamic jurist of recent times, has denied the validity of the theory of rule of jurisprudence. Accordingly, he believes punishments such as stoning for adultery and sodomy, execution for apostasy and insulting the prophet, are forbidden. He believes a faqih can act as a mediator in judicial disputes, or even take on a humanitarian role and help with issues of orphan guardianship.

These punishments are carried out based on the new — as far as Shiite jurisprudence is concerned — idea of the rule of jurisprudence. According to this theory, first propounded by Ayatollah Ruhollah Khomeini in his 1970 book Velayat-e Faqih, all the religious authority of the prophet and the Shiite imams is bestowed upon a supreme source of emulation. Nevertheless, the implementation of these punishments was even contrary to Khomeini’s idea of expediency.

Two of his close companions, Ayatollah Mousavi Tabrizi, Iran’s former attorney general, and Ayatollah Mostafa Mohaghegh Damad, quote Khomeini as saying, “Stoning is not expedient right now. … A [civil court] should not decide on crimes that divine law has already set punishment for.”

Ayatollah Mousavi Bojnordi, one of Khomeini’s students and a former member of Iran’s Supreme Judicial Council, expressed his opinion in an interview with Iranian newspaper Etemad Meli on July 29, 2007. He stated that some of these punishments, such as stoning, are invalid because they go unmentioned in the Quran.

Despite objections from the majority of Shiite faqihs and a refutation from one of the Islamic Republic's founders, such punishments are well-established within Iran’s laws. For example, stoning was eradicated from the Islamic penal code only to be reintroduced. No other alternative sentence, with the exception of rare incidents, exists in the law. The Guardian Council ratified the reintroduction of stoning into the country’s legal system last month.

Such inhumane punishments have provoked reactions from international human rights organizations. They demand Iran end the implementation of such sentences. According to a Human Rights Watch report, 30 individuals were sentenced to death in Iran between Jan. 2010 to Aug. 2012 for the crime of “combating God’s will and promoting corruption on earth.”

Additionally, a new law has reduced the age of criminal responsibility to nine and 15 years of age, respectively, for girls and boys, thus permitting execution sentences for children. According to Amnesty International reports, 143 children are currently imprisoned in Iran awaiting execution.

Reports from human rights organizations also mention large numbers of death sentences meted out for political offenses, such as espionage or other crimes related to freedom of speech. One of the best recent examples is the case of university history professor Hashem Aghajari who was sentenced to death on blasphemy charges in 2002. The sentence was eventually repealed due to domestic and international pressure.

A teacher at the Qom seminary who spoke to Al-Monitor recalls witnessing a stoning in the 1980s as one of the most frightening memories of his childhood. The incident took place at Qom’s famous river, among large crowds of observers. He still remembers the deafening screams of the women being stoned. He believes such a punishment is inhumane, against both sharia and God’s will.

At the Najah and Qom seminaries, the supporters of such punishments are still in the minority.