Hezbollah seeks to repair ties with Hamas which have been strained over Syria. 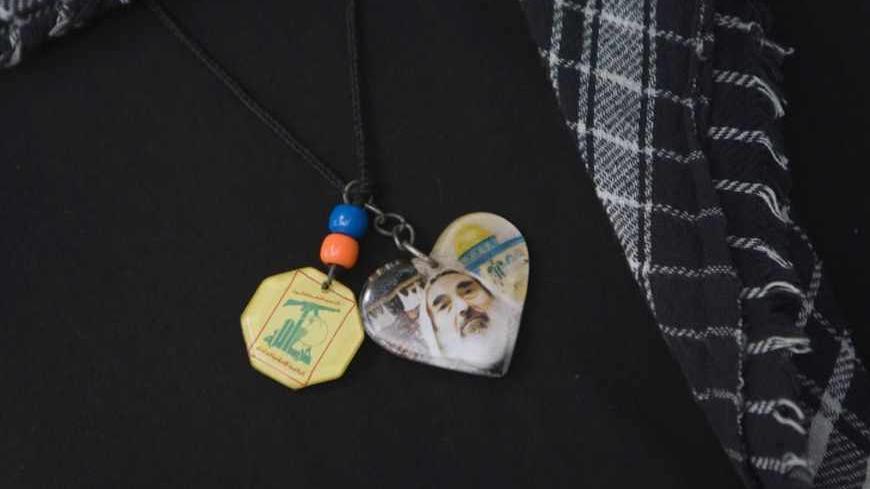 On Dec. 17, 1992, Israel deported 415 Hamas and Islamic Jihad activists from the West Bank and Gaza to Marj al-Zouhour in Lebanon's Bekaa Valley. Their deportation would bring about the first direct contact between the Hamas and Hezbollah movements. On June 17, 2013, Hamas urged Hezbollah “to take its forces out of Syria and to keep their weapons directed against the Zionist enemy, especially given that its intervention in Syria has contributed to increasing the sectarian polarization in the region." The statement, issued by Hamas leadership in Cairo, was posted on the Facebook page of Mousa Abu Marzuq, deputy chairman of Hamas' political bureau.

Hamas’ statement was tough on the Party of God, which had assisted it for 20 years with military training and arms and missile smuggling. The Lebanese group had also granted Hamas leaders a secure refuge in the Hezbollah stronghold of al-Dahiya, a southern suburb of Beirut. In addition, Iranian funding and arming of the Palestinian Islamic Resistance Movement allowed it to become the most powerful group in Gaza and the second most influential in the West Bank as well as in Palestinian refugee camps in Lebanon and Syria.

A Lebanese source close to Hezbollah who spoke on condition of anonymity told Al-Monitor on June 18 that it was remarkable that Hezbollah had not publicly commented or responded to Hamas’ position as well as previous statements of its leaders that were critical of Hezbollah. The Palestinian movement had begun openly criticizing the Shiite party after its decision to engage militarily in the Syrian civil war. Meanwhile, a Syrian source who also requested anonymity alleged to Al-Monitor on June 18 that Hamas had itself been involved in the Syrian war from day one, lending the Free Syrian Army its military expertise as well as having fighters involved in the Yarmouk camp battle near Damascus.

The Lebanese source denied reports that Hezbollah, bristling at Hamas' comments about its Syrian involvement, had instructed Hamas members in Lebanon to leave the country, and in particular, to close their offices in al-Dahiya. He added, “It is no longer a secret that the office of the Hamas representative, Ussama Hamdan, was in the building next to what had been the house of Hezbollah’s secretary-general, Sayyed Hassan Nasrallah, prior to its destruction in the 2006 war.” This proximity was a clear sign to all of the strong alliance between the two movements.

Moreover, the day after the Hamas statement, Hezbollah’s website, Alahed, published an interview with Mahmud al-Zahar, a senior Hamas figure, who spoke of the good relationship between the two groups as well as relations between Hamas and Iran. Zahar noted that the offending statement had not been issued from Gaza, but from Egypt, and claimed that the sentiment expressed does not reflect the movement’s official position, neutrality, in regard to the Syrian crisis. He confirmed, “The official position of Hamas toward Syria’s crisis is not to interfere in Syrian affairs and not to move away from confronting the Israeli enemy, avoiding the sectarian disputes."

The source close to Hezbollah contended that Nasrallah's outfit is still interested in maintaining its relationship with Hamas and other Palestinian groups despite Hamas’ criticism because the Palestinian cause continues to be Hezbollah’s central cause and raison d’etre. When asked about Hamas’ warning that Hezbollah's intervention in Syria is exacerbating sectarianism in the region, the Lebanese source replied, “So doesn't Hamas’ position with the Syrian opposition do the same thing?”

He argued that Hezbollah has been the biggest supporter of the Palestinian cause and the Palestinian resistance factions since its formation in 1982. According to him, it is well known that Hezbollah’s resistance in the early 1980s inspired and motivated the Palestinians to launch the first intifada in December 1987, during which the Muslim Brotherhood of Palestine created the Hamas movement as a resistance group. The source also pointed out that those who accuse Hezbollah of fomenting sectarianism have forgotten that the party confronted the Shiite Amal movement in the 1980s during the civil war for two reasons: because Hezbollah rejected Amal's battles against the Palestine Liberation Organization in the refugee camps and because Hezbollah refused to stop its resistance against the Israeli occupation of Lebanon following Israel's partial withdrawal in 1985 to a “security zone" in south Lebanon.

He also highlighted Hezbollah's continued resistance against the Israeli occupation of Lebanon from 1982 to 2000. He added that Hezbollah did not give up its arms in May 2000, after the Israeli withdrawal from southern Lebanon, because Israel still had forces in Shebaa Farms and Kafarshuba Hills. He said Hezbollah continues to demand the return of Palestinian refugees to Palestine and is keeping the conflict with Israel going until the liberation of Palestinian territories and the Golan Heights.

It is not a secret that about 50% of Lebanese, including some Shiites, are dissatisfied with the military stance toward Israel that threatens their lives and homes and interests. The source offered that if Hezbollah’s position were sectarian based, it would respond to southern Lebanese Shiite fears of a new Israeli war by ending its resistance and reaching a permanent cease-fire with Israel.

He added that Hezbollah's attack on Israeli positions on the border on July 12, 2006 had had two aims: to kidnap Israeli soldiers so they could be exchanged for Lebanese prisoners in Israel and to ease the Israeli intervention in Gaza following Hamas' kidnapping of the soldier Gilad Shalit in late June 2006.

When asked why Hamas had made its statement two days after the meeting between Hamas representative Ali Baraka and Hezbollah’s representative responsible for the Palestinian file, Hassan Hobbalah, the source said it appeared that Hamas was under pressure from the “Muslim Brotherhood Association” in Egypt and the “Gulf–Turkey axis.” He noted that the announcement came a few days after Egyptian President Mohammed Morsi’s declaration that his government would back the armed opposition in Syria, cut ties with the Assad regime and call on Hezbollah to quit Syria. In addition, two conferences “supporting the Syrian people” had convened in Cairo: one a Salafi affair on June 13 under the patronage of Sheikh Youssef al-Qardawi and the other organized by the Muslim Brotherhood on June 15.

A June 18 editorial in Al-Quds al-Arabi, a Palestinian newspaper based in London, observed that Hamas, with its critical position toward Hezbollah, had all but declared that it had joined the “axis of moderation” (led by Egypt, Jordan and Saudi Arabia) against the “axis of defiance” (led by Iran, Syria and Hezbollah). The editorial added that this development in essence meant that Hamas had joined the pro-American axis, as the Palestinian Authority has.

Nadim Shehade, an associate fellow at Chatham House in London, in a June 17 online interview with Al-Monitor, said: “Hezbollah will have difficulty maintaining the mantle of the resistance without Hamas on board.” He further offered, “The resistance bloc without Hamas looks more like a sectarian alliance using the Palestinian cause to legitimize itself.”

Shehade also noted, “Hamas was supportive of the revolt in Syria very early on, and perhaps it did it after Turkey changed its mind and dropped Syrian President Bashar Assad.” Asked whether the conflict is now a purely sectarian one or a geopolitical, strategic struggle between two axes, Chehade said, “I think it is still a revolt against the regime. It is strategic as an Iranian offensive on Lebanon, Syria and Iraq. But they are using sectarianism to mobilize and create fear [among Shiites].”

It is true that Iran and Hezbollah need Hamas as a Sunni group in part to claim that their axis is not a “Shiite crescent,” but they could also maintain their relations with other Palestinian factions, including Fatah, as an alternative to Hamas. The question today is how will Hamas  pursue its resistance without Iranian funding and arms?

The Lebanese source asserted that Hamas' leaders are missing their Damascus refuge because they cannot freely mobilize in Doha and Cairo. Further, he said that Hamas leader Khaled Meshaal had complained about Egyptian authorities issuing restricted visas permitting him to only stay in the country one or two weeks at a time.