While Umm Kulthum will always be a national treasure, a crop of Egyptian female artists are challenging the old sound and style. 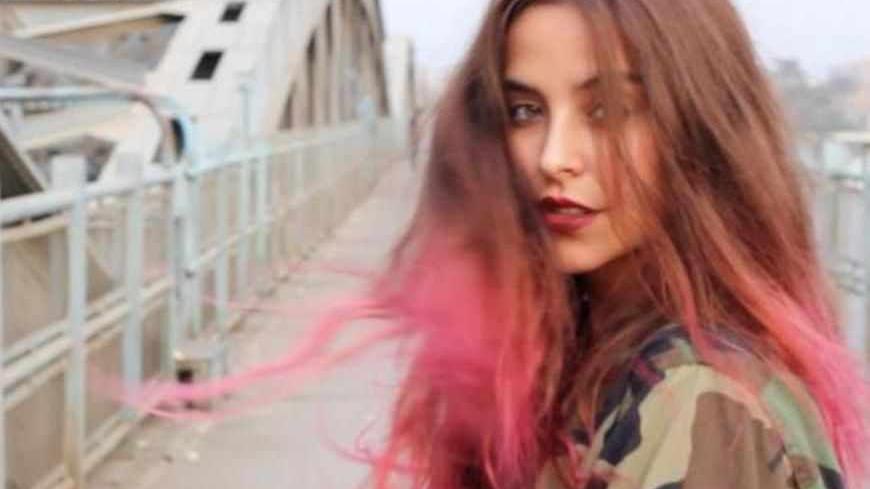 For Bosaina II, a singer and electronic music producer who performs sensual dances in wild outfits, winning the love of Cairo has been a rocky mission. But for all the resistance she encounters, grateful audiences in the community abroad continue to reinforce her faith in her sound and style’s place in Egyptian society.

Throughout the last three decades, Egyptian women in music have been mostly limited to the mainstream Arabic pop scene. But that seems to be changing. Bosaina II, Rasha Shaheen, Dina El Wedidi, Maii Waleed, and Omnia are just some of the new young, independent female musicians to influence Egyptian music and society. But pioneering new music and being a woman takes guts, patience and endurance.

In an interview with Al-Monitor in Cairo in January, Bosaina, 25, swore that she would never perform in Egypt again after a year of “disaster” shows where she performed with the electronic DJ duo Hussein El Sherbini and Ismail Hosny in the band Wetrobots.

Bosaina’s soft-porn style onstage and the new sound of the electronic trio were just too bizarre and provocative for many in the audience. In two concerts in Cairo in December, Bosaina was cursed at and chanted off stage.

“I have a fighting spirit, but in the end they really broke me. It was too much,” she said in the studio of the music collective Kairo is Koming. The collective spans genres such as electro, electroclash, techno, chillwave, hip-hop, and trip-hop and includes the groups Wetrobots, Quit Together, Vent and Beautiful Morning. Bosaina, who studied fashion styling in London, plays various roles in the collective as a vocalist, producer, video jockey, photographer and stylist.

“Women are jealous of Bosaina because she represents everything they can’t be,” said Zuli aka Ahmed El Ghazoly, Bosaina’s partner in the trip-hop duo Quit Together.

Bosaina explained that her provocative performance and rock-and-roll middle-finger attitude is “resistance.”

So when Quit Together was invited to perform at the South by Southwest Festival in Austin, Texas and the East Village Music festival in New York City, Bosaina was off.

When she realized that Zuli would not receive his visa on time, she stayed up all night to learn how to work the DJ interface.

And she pulled it off.

“People were really enjoying it,” she said in an interview in May. She had so much fun that she enrolled in a three-month course to become a certified producer and sound engineer.

Now she lives in a friend’s flat in Manhattan, studying and working on her own EP. She fuses electronic beats with sound samples from the subway, jazz and lots of vocal harmonies, which she records and mixes in the bathroom.

About pioneering new music in Egypt, she said, “It takes a lot of strength that I didn’t have but which I am getting now. I am going back to push the scene. I’m the only girl who does what I do, and I don’t think I’m done.”

Bosaina II is definitely unique, but there are many other independent female musicians who are also pushing the music scene in Egypt.

Rasha Shaheen, 41, was born to Egyptian parents in Kuwait, grew up in North Wales, Saudi Arabia and Iraq, and lived in Cairo for three years. She is now based in London and recording her new album in Cairo. Shaheen formed the all-girl progressive rock band Mooz, the experimental rock and punk bands Male and The Hard Returns and most recently The Liftman.

“It’s very tricky to be creative if you don't have your family and the society supporting you,” Shaheen said in a May interview. “I have to admit that one of the main reasons I wanted to live in the UK is because I didn't want anyone to discourage me from exploring music.”

Shaheen spends a month in Egypt once a year. She said she has been delighted to discover a fledgling electronica and alternative music scene in Cairo.

“I feel the scene is growing and so there is a supportive network of artists that can nurture each other. I think that is crucial for it to survive,” she said, and mentioned 100 Copies Music, a small, independent music label in Cairo promoting alternative artists.

The Liftman by Rasha Shaheen

She produced her upcoming album, an electronic solo project under the name ∑nnth titled Whole Sum, almost entirely by herself and plans to release it by the end of 2013.

“I would like to get more involved with the alternative scene in Cairo and feel that it’s easier for me to do so now.”

One of the female Egyptian musicians who inspire Shaheen is Youssra El Hawary, an Egyptian accordionist, composer and singer-songwriter. Hawary, 29, gained popularity after her first music video “El Soor” [The Wall] from April 2012, with lyrics by political cartoonist and poet Waleed Taher. It features Youssra in front of a graffiti-covered wall erected by the Egyptian army to block passage to Tahrir Square.

Another, but very different sounding favorite of Shaheen, is Maryam Saleh, who released her latest album Mesh Baghanny last year. The band is composed of rock and oriental musicians dominated by Maryam’s dramatic, unconventional Arabic vocal — a daring sound in a country where most female Egyptian singers rarely diverge from the classical Arabic register.

The musical field between the many emerging female musicians is indeed wide.

Maii Waleed has long been part of the alternative scene in Cairo. Similar to Shaheen, she started out in 2005 in Mascara, an all-female Egyptian metal punk-rock band, where she played drums, keyboard, and sang. Waleed, 25, has since traveled a few music universes and ended up working with Lebanese electronic-pop producer and veteran musician Zeid Hamdan (who is also working on a project with Maryam Saleh). Under the name Maii and Zeid, the dream-pop duo released their debut album Moga this month.

The lyrics are all written and sung by Waleed, who also plays the guitar and ukulele. Like Saleh, Waleed’s vocal is also entirely original and evokes a dreamlike atmosphere to match her emotional lyrics.

On the more traditional end of the indie music scale is Dina El Wedidi, a singer and musician born and raised in Cairo who, before she went solo, performed with Maged Soliman and performed El Sheikh Imam mostly folklore songs. She plans to release her debut album, which is a mix of traditional and classical Egyptian music, in October.

Wedidi, who has also been performing with Maryam, is happy to see the Egyptian music scene opening up.

“I hope the music scene in Egypt improves more and more. This politically sensitive situation makes us more strong and able to create different things,” she said in an interview with Al-Monitor in May. Like most of the aforementioned artists, she made note of the censorship, lack of funds and venues that all underground artists in Egypt face.

Meanwhile, on the other side of the world, another Egyptian woman is fighting the battle.

The singer-songwriter Omnia Hegazy has been singing and playing the violin since she was a child in her New York home of her Egyptian father and Italian mother. But it was when she picked up the acoustic guitar that she discovered writing music as a form of self-expression. Today she writes about women’s rights, political freedom and the wide realm of human emotion.

She was in Egypt in 2010 and came home with a notebook full of thoughts that became the framework of her first EP Jailbird. She released her second EP Judgment Day in May 2013. In the song “Aziza” she talks about arranged marriage, a song she said has inspired responses from women worldwide.

Hegazy said that it is very important for her to be a “self-contained singer-songwriter.” “There is still somewhat of a division of power in the traditional Middle Eastern music scene between the singer, songwriter and instrumentalist,” she said. “We are starting to see artists take on those multiple roles, rather than just the role of ‘singer.’”

Hegazy, who will be filming music videos this year in the Middle East and hopes to perform in Egypt, said the Arab world is still getting used to women with guitars telling their own stories. “It is tough when you're dealing with conservative organizers who don't support female performers in ‘mixed’ environments.”

She also points out that people both in the US and in Egypt expect her to have a man to speak for her.

“I went to university for music business and I represent myself/book all my own gigs, so the assumption — that because I do not have representation— [is] that I either don't know what I'm doing or am not established enough.” She said that despite knowing her way around a studio, male sound engineers will still patronize her (“Don't worry, hun, I'll make you sound real nice.”)

“The music industry is incredibly sexist worldwide,” she said.

“I don’t ever want to be put in a situation again where I have to depend on someone else, Bosaina said. “I’m not a f---g vocalist, I’m a composer. It is frustrating me to have that double standard because I’m a girl and I’m singing, I’m so much more than that.”

And that indeed seems to be the case for many of these emerging independent female artists.

Janne Louise Andersen is a New-York based Danish journalist who specializes in the Middle East. She has written for Rolling Stone Middle East, The National and various Danish media such as Gaffa, Opinionen, Weekendavisen, Politiken. On Twitter:@jannelouisa