Can the Israeli Defense Budget Be Cut In Half?

A veteran Israeli Defense Forces general claims the threats to Israel today do not require a massive military or huge air force. 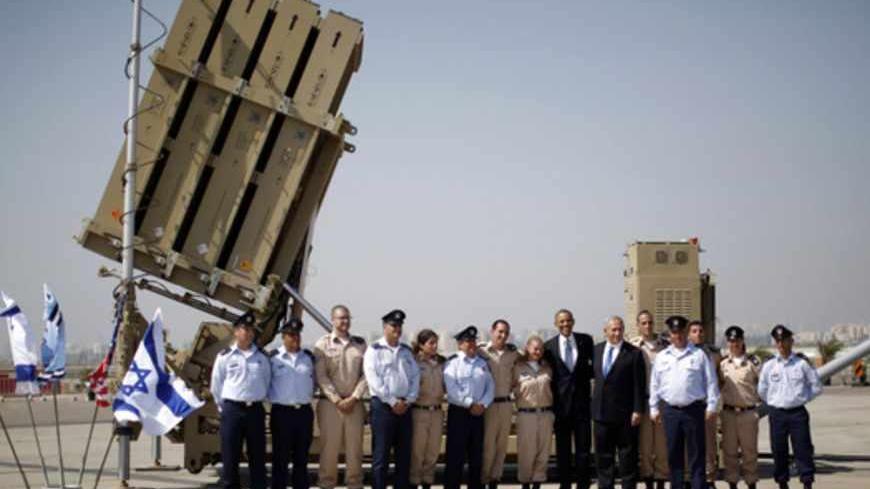 There's no lack of sacred cows in Israel's pastures, but the plumpest and oldest can be found in the defense establishment, or more precisely, in the defense establishment's budget. Whenever Israel is caught in an economic crisis or a recession, this everlasting, painful topic comes up time after time: "The defense budget must be cut." Seeing eye to eye, they all check the figures, click their tongues, and sometimes introduce the cuts. But a few months later, the budget book reveals that not only has the defense budget not been compromised, but quite the contrary: It has continued to swell.

That's quite understandable. Everywhere around the world, the defense budget is something that can be cut, and with real insistence it can be abolished altogether. Take France, for example. Suppose French President François Hollande decides to abolish the defense budget and take the military apart? Yes, precisely that. What will happen to France? Nothing. Will the British or German militaries invade that country to pillage and plunder its treasure troves of delectable camembert cheese? Obviously not. In most countries around the world, security is a luxury of sorts.

Not in Israel, however. The state of Israel will not last a minute without a strong, potent Israel Defense Forces that has a qualitative edge of at least one generation over of its rivals. This is still the only country in the world that fights for its existence; it's a daily, never-ending struggle, which will not end even if it makes peace with the Palestinians. Iran's bridgeheads on Israel's frontiers — to wit, Hezbollah in Lebanon, Hamas in Gaza, not to mention global jihadists penetrating Syria, and above all the Iranian danger itself — all but ensure that the Israeli defense establishment will thrive for dozens of years to come.

When the scope of the Israeli budget deficit became apparent this year, it was decided that slashing the defense budget was unavoidable. There was talk about a NIS 4 billion cut (more than $1 billion), but the final cut stands at NIS 3 billion ($820 million). Payments to the defense industries will be deferred; things will be knocked off here and there, so it's all good. There won't be a real cut or a substantial organizational restructuring. Nor will a new doctrine be introduced. No one will come out of its armored box to reboot Israel's defense outlook. Israel's defense budget will drop this year to NIS 51 billion ($14 billion). But put your mind at ease: By 2018 it will have soared to as much as NIS 59 billion ($16 billion).

Earlier this week I met with a general who had been recently discharged from service. A veteran, combat-seasoned, 35-year-career officer, he knows the defense establishment inside out. It's been quite a while since I heard anything similar to what he related to me. The following is what he said in a nutshell:

"Not only should the defense budget be cut, but it should be cut by half. Yes, by half. Take a look around you for a second. Where are the big Arab armies? Egypt? Egypt may have planes and tanks, but it has no fuel to get them moving. The situation in Egypt isn't going to change over the next 10 years. The peace accord with Egypt has demonstrated stability even after the rise of the Muslim Brotherhood, and that's because there's no alternative. Egypt is a country whose leaders rack their brains every morning about how to feed 90 million hungry mouths. In fact, the Egypt we've come to know — a real military threat to Israel — has ceased to exist. This is something that any junior military intelligence officer can tell you."

Moving on: "Syria? Oh well, that, too, no longer exists. Incidentally, it's not impossible that Assad will survive. Today it's clear that our assessments of Syrian President Bashar al-Assad — his toughness and internal strength — came up short. But Syria as a significant conventional threat is long gone. Even if Assad survives, he will be very weakened, severely wounded, with a beleaguered, depleted, bleeding military. I could only wish that all of Israel's enemies were like Syria today. The best thing would be if Syria were to splinter into three or four separate zones, which will transform it from one ominous country to a few negligible districts. Either way, the Syrian threat has been lifted for now. Although it's being replaced by a terrorist threat, it's nonetheless not an existential one. More than any country in the world, Israel knows how to tackle and fight terror.

"If Egypt and Syria are out of the game — and given that Jordan was never part of it — Iraq will take at least a decade to rebuild itself, and Lebanon is rifted. So what are we actually afraid of?" the retired general asked me. I had no answer. He then went on with the real shockers: "I have no idea why the IDF keeps holding on to thousands of tanks. Who are they poised against? Which country are they supposed to conquer? Who around us has so many advanced tanks whose maintenance fees cost billions? Do you have any idea how many divisions the IDF has? You'd better off not to. Half of them should be wound down. In their stead — smaller, more flexible, mobile and deadly units should be established, which can get anywhere and take out the targets. That's it. And what we're talking about here is mega money."

Now he gets to the air force. If the defense budget is a sacred cow, the IAF (Israeli air force) is the mother all of sacred cows; the holy of holies. "The insurance policy of the Jewish people after the Holocaust," and a variety of other clichés. By the way, Israelis take it very seriously. You will find no other photo that has as much impact on the Israeli John Doe as the photo of an IAF F-15 fly-by over Auschwitz.

So what about the air force? "Israel has hundreds of top-notch fighter jets," the general said, citing the exact number (which for obvious security reasons cannot be disclosed.) "So I ask myself, what for? No country in the world, other than the US, Russia and China, have such numbers. Do you have any idea how much it costs to keep IAF pilots, who are the best in the world, in shape?" Roughly a NIS 1.5 billion to NIS 2 billion a year ($412 to $549 million). To defend Israel's airspace, all you need is 20 planes, tops. But who do we need to defend Israel's airspace from? Does Syria have an air force? The answer is negative. We've talked about Egypt. Jordan is no threat. In the past, in order to drop a bomb on Tel Aviv you actually had to have an enemy plane fly over here and drop the bomb. Today there's no need for planes to fire at population centers. Our enemies have tens of thousands of rockets and missiles. They have no need to be here. Destroying these rockets and missiles is an impossible mission, because they're scattered all over the Middle East, many of which are mounted on mobile launchers or concealed inside homes, underground parking lots or private basements. It's not that Israel doesn't need a good, powerful, well-trained and lethal air force. It does. It also needs to have the ability to strike very distant targets, such as in Iran. But let me tell you with all due responsibility that in order to have those capabilities we don't need so many planes. The ORBAT (Order of Battle) can be easily reduced by some 100 jet fighters. And still the number will remain very large; much larger than all of our enemies combined. And that's before we even talked about the quality, the pilots and the Israel UAV (unmanned aerial vehicle) array, which is cutting-edge in the world."

The general went on for an hour. His bottom line was simple: A large IDF is yesteryear's military. It is geared to win yesterday's wars. In 2013, such wars will not break out. This is a thing of the past. We need to break the box and rebuild it; it has to be more flexible, swifter and a lot cheaper. Israel is the captive of an old concept, still living its past traumas. It needs to open its eyes, look around, assess and acknowledge the new situation. And yes, for God's sake, it has to seriously reduce the defense budget. It's a waste of money.