Sectarian War a Two-Way Street For Iraq and Syria

What lessons do Syria’s Alawites learn from the experience of the Sunnis in Iraq? 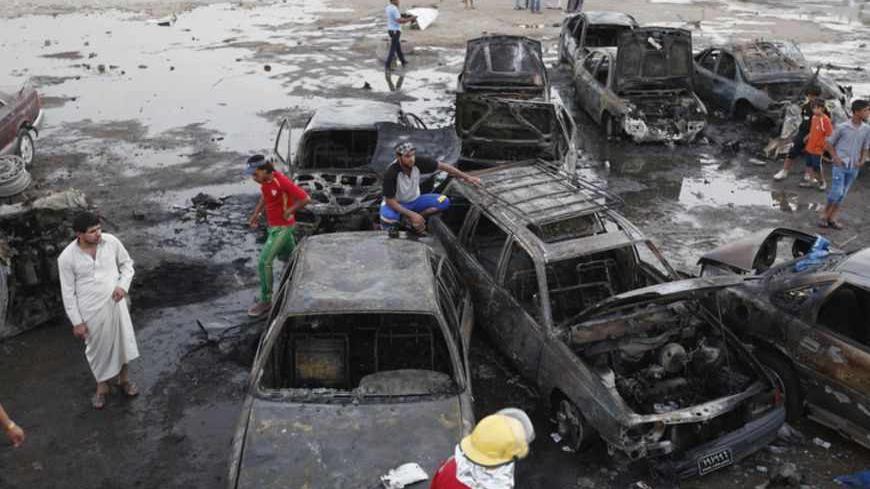 Residents gather at the site of bomb attacks in Baghdad, May 27, 2013. More than 70 people were killed in a wave of bombings in markets in Shiite neighbourhoods across Baghdad in worsening sectarian violence in Iraq. - REUTERS/Thaier al-Sudani 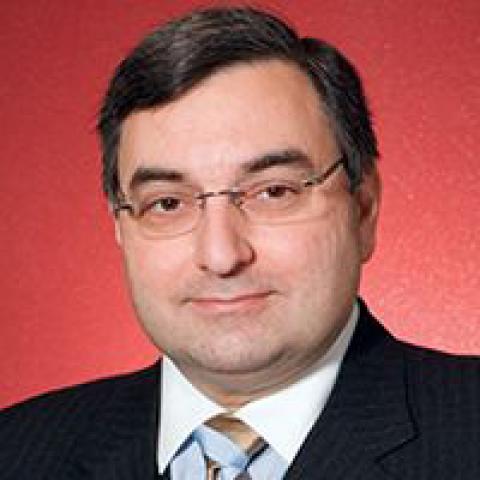 There is much wringing of hands by officials in Washington and Baghdad over the influence that the civil war in Syria is supposedly having over Iraq’s own fractious politics. Americans are certain that the sectarian barbarity in Syria will spill over into Iraq, while members of Iraq’s ruling Shiite religious coalition are terrified at the precedent of a Shiite regime falling to a Sunni rebellion. But officials in both capitals should consider that precisely the opposite may be occurring: Iraq’s newly empowered majority is contributing to the ferocity of the fighting in Syria by its absolute unwillingness to make meaningful compromises with the minority that fell from power.

As in post-2003 Iraq, it is obvious that there is a large sectarian dimension to the current Syrian conflict. The upper echelon of the regime, consisting overwhelmingly of the minority Alawi sect, has largely remained loyal because the regime has successfully convinced them that what awaits them in a post-Assad Syria is alienation, disenfranchisement and possibly much worse. Those now engaged in fighting the regime are from the Sunni majority.

The fate of Iraq’s Sunnis after the fall of Saddam Hussein fits very well with this narrative, albeit in reverse. The prevailing narrative in both countries involves domination of a majority by a cohesive minority. The new Iraqi Shiite political elites have convinced many of their constituents that the previous regime was not merely constituted by one man’s domination over the state, but rather by the minority Sunni sect collectively colluding to keep Saddam Hussein in power to repress the Shiite majority. These elites have convinced themselves that ceding any significant issue to the Sunnis risks a return of this minority to power.

Thus, there is a litany of unfulfilled promises made by Prime Minister Nouri al-Maliki. In 2008, Gen. David Petraeus brokered a series of agreements with Sunni tribal leaders, whereby they would fight against the insurgency in exchange for re-integration into Iraq’s state structures. These agreements were a sine qua non in the resultant stanching of the catastrophic violence. Yet as soon as the violence decreased, Maliki reneged on these agreements and the US did nothing. Still, the Sunnis learned a lesson from their destructive interaction with the new political order after 2003: They bided their time until, in March 2010, they voted for a list headed by a non-sectarian, pan-Iraqi nationalist, a man from a prominent Shiite family, Ayad Allawi, whose list won a plurality of seats in Parliament. It established that the Sunnis would actively support a moderate Shiite for prime minister.

It was potentially a moment of national reconciliation, a chance for the Shiite religious parties to demonstrate their commitment to the principle of peaceable transfer of power, a salutary precedent in a region that has known too few such instances. Instead, Maliki turned to his worst sectarian instincts and absolutely refused to give up power. Meeting in Tehran, the leadership of the Shiite religious parties asserted that the prime minister must not only be a Shiite; he must be drawn from one of their own sectarian parties. Maliki remained in power, but agreed to share power with Allawi and to compromise on other policies, an agreement the US again brokered. Once confirmed in office, Maliki reneged on these promises, too.  He has paid absolutely no price for his duplicitous refusal to abide by US-brokered agreements to share power. Instead, the US has sought to isolate Ayad Allawi diplomatically for not going gentle into that good night, thereby ignoring those Iraqis who voted for him in most of the 15 governates outside Iraqi Kurdistan.

Iraq’s Sunnis have concluded that they now constitute a permanently disenfranchised underclass. Whether they boycott elections or vote for Sunni sectarians or for a moderate Shiite; or lose or win the elections — they are permanently unable to share genuine power. Not surprisingly, there has been a surge in violence, with April 2013 being the most violent month since the end of the civil war in 2008. If the Sunnis vote in the 2014 parliamentary elections, and if Maliki does not reverse course, they are almost certain to turn to militant, sectarian figures, who will assuredly be less likely to engage in fruitless negotiations with Maliki. Violence may well be their option of choice.

The Alawis in Syria are no doubt watching these developments. They cannot be buoyed by what they see. Losing power risks their becoming an irrelevant underclass, one  permanently debarred from proximity to the levers of power. With that as a precedent next door, it is no wonder that the Alawis are cynical about international assurances concerning the future, and are instead determined to fight to the last man.

Ambassador Feisal Amin Rasoul al-Istrabadi is the founding director of the Center for the Study of the Middle East at the School of Global and International Studies at Indiana University-Bloomington, where he is also university scholar in international law and diplomacy at the Maurer School of Law. He was the ambassador and deputy permanent representative of Iraq to the UN from 2004 to 2010 and was the principal  legal drafter of Iraq’s interim constitution in 2003-2004.