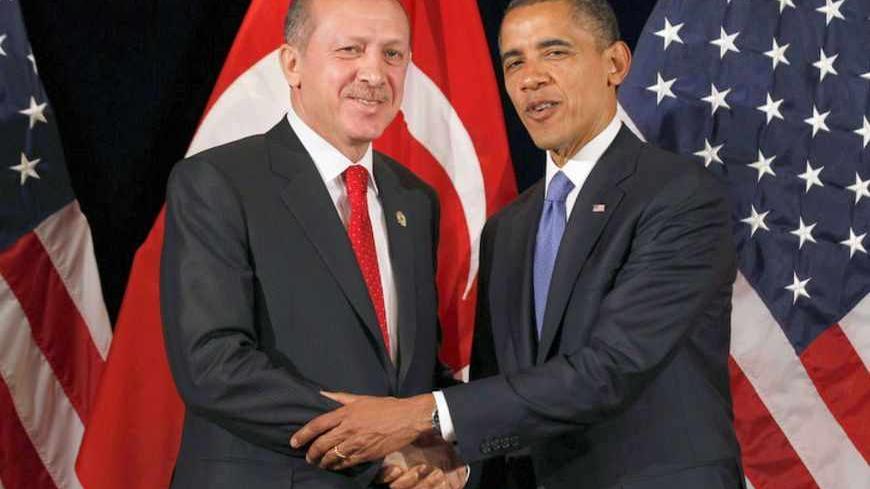 Two weeks ago, I dined with a diplomat from a European Union country, who is closely familiar with the social fabric of the Middle East, has written books about the region and is an expert on the “deep” Syria.

He smiled bitterly when our conversation touched upon the humanitarian aspect of the atrocities and the refugee tragedy. “He has not started the real massacres yet. And you’ll know it when he does,” the diplomat said.

I recalled that conversation after the Sunni deportations in Baniyas and the massacre in al-Bayda. It is obvious that Syrian leader Bashar al-Assad has so far disclosed only the first page of his menu of horrors. Now he is slowly showing his hand.

Turkish Prime Minister Recep Tayyip Erdogan’s hallmark rage simmered even further at the weekend when he commented on the bloodshed in Banyas and al-Bayda. Speaking in an even higher pitch, he said Assad would pay the price for the atrocities. Then he instructed security forces to investigate whether chemical weapons had been used in Syrian attacks in areas near the Turkish border.

It is obvious that Erdogan wants to have evidence of use of chemical weapons when he goes to Washington for his meeting with US President Barack Obama on May 16. His visit is likely to mark a turning point for the future of the region, which is increasingly slipping out of control and becoming the theater of entangled conflicts.

The meeting in Washington will pit an angry and impatient Erdogan against a hesitant Obama stuck between a rock and a hard place around an explosive agenda.  It is not only Turkey that is growing impatient. Saudi Arabia, Jordan and Lebanon should be also counted in.

Obama is contemplating his red lines. He cannot hold out too long against mounting pressure both at home and abroad over his hesitant stance. Following John McCain, who said Obama’s red lines were apparently written with “a disappearing ink,” others are now saying that things would not have come to this point had Obama agreed to a no-fly zone at the onset.

Aware that indecision is the worst decision, Assad is demonstrating his maneuvering skills. As two experts explained to The New Yorker’s Dexter Filkins in Washington, it all started with artillery fire, then helicopters took off, followed by planes, and now it is chemical weapons here and there: drawing attention to the rising death toll, military intelligence expert Joseph Halliday and Obama’s former chief adviser on weapons of mass destruction, Gary Samore, say that Assad is testing both the tactical and political value of his chemical weapons.

Damascus’ biggest advantage lays in the unprecedented rift between key institutions in Washington on how to stop the atrocities.

But time waits for no one. As Erdogan prepared for his visit, Israel directly targeted Syria in a series of military operations with apparently legitimate reasons. No one had assumed that the operations, carried out with prior US knowledge, would remain limited to their own scope. And this is what happened.

It is obvious that the Syrian crisis is spreading wave by wave to the region with all the risks it is carrying. The scale of the adverse dynamics it could trigger is so extensive that no super power has the luxury to stand by. The question that lingers unanswered is whether or not the United States sees Israel’s coming into play in both the military and intelligence realm as a factor that amplifies the risks and changes the game. The answer is of crucial importance.

Syria is radiating crisis and disaster to the whole region. The number of displaced people is close to 4 million. The number of those who have fled abroad has exceeded 1.2 million. About 300,000 of them are sheltered in camps inside Turkey. The figure could easily triple in a short time.

Turkey has held the high moral ground since the onset of the Syrian crisis that followed the Arab Awakening. The fundamental criticism directed at this stance is refuted by the following argument: “To reach a point of zero problems with a neighbor depends on whether the neighbor, too, espouses a similar goal.” The argument that has utterly doomed politics in Ankara is not based on realism.

Turkey’s morally correct stance, however, has been overshadowed by its naïve optimism. Ankara was first gripped by the illusion that Assad would go and then that the opposition would quickly bring him down.

Ankara’s overconfidence in its economic might and emotional anger against Assad caused it to make the mistakes of sheltering refugees without seeking international coordination and providing selective support to the opposition. Its rhetoric was excessive and too high-key.

But regardless of what the mistakes were, Ankara is today in the same boat with Beirut, Amman and Jerusalem, all faced up with the same problems. It is evident who holds the responsibility for the augmentation and expansion of the problem. And it is obvious that the solution of the problem is vital for global stability.

In this climate of savagery met with indecision, the apology that Israel extended to Turkey is the most substantial and positive outcome left behind from Obama’s latest visit to the region. Its significance was highlighted by the angry reactions of Iran. It is obvious that breaking the ice between Turkey and Israel could emerge as another game-changer, even though that the process is likely to take long time.

The disagreements that linger between Ankara and Washington on both Iraq and Syria in spite of that positive development should be handled with common sense.

The unrest in Syria and Iraq is closely interlaced, marked by Sunni-Shiite enmity, a rising al-Qaeda presence, the Iranian link and a menacing belt that stretches to the Mediterranean with Hezbollah on the other end.

Public opinion polls in the United States (HuffPost/YouGov, Times/CBS News) indicate that about 60% of Americans are opposed to “boots on the ground,” but each day of hesitation on part of the US administration is increasing the strain on stable, democratic powers in the region.

As Dov Friedman writes in The National Interest, the United States should stop favoring Baghdad over Erbil. The reason is clear: The choices of Maliki, the US favorite, are in the interest of no regional country but Iran and Syria. Moreover, the prospect of Turkey’s political choice in favor of Kurdish reform eventually merging with the dynamism the Syrian Kurds have acquired as a result of the crisis and the political energy that will burst in Iraqi Kurdistan has emerged as a game-changer that should not be overlooked.

If Erdogan manages to blend Ankara’s arguments and those of savvy analysts like Friedman with a sound and calm language and persuades Obama on a new common policy on Iraq, then another factor, as important as Turkish-Israeli rapprochement, will sway the region’s fate to the detriment of Iran and Syria.

The main challenge however is in Syria. As The New Yorker’s Filkins concludes, Obama has three military options: to establish a no-fly zone, arm the opposition and disable Assad’s chemical weapons. This is exactly what Erdogan expects. The prime minister has recently said that the priority is to break the Syrian air force’s superiority over the opposition. Turkey may not openly say it, but its nightmare scenario involves the possibility of Assad turning his chemical weapons to densely populated areas at its border.

On both issues, however, certain challenging realities exist. Because of its conflict with Israel, Syria has one of the tightest air defense systems in the world. Then, it is unknown where Assad keeps or has moved his chemical weapons packing more than 60 warehouses. These are complicated issues. At a certain point, Obama may well just snap at Erdogan: “What about you? Do you have a concrete remedy yourself?”

The question of how, in what time and in what fashion the opposition should be armed is even more complicated. This issue, too, appears headed for heated debates, given that al-Qaeda and Chechen fighters have gravitated to the war, especially via Iraq’s al-Anbar province, that the whereabouts of previously supplied weapons are now unknown and that the armed opposition remains badly fractured.

So, what remains at hand as an alternative to a Libya-like war loaded with the risk to escalate and draw in international powers is a flexible configuration that has begun to take shape as variable parameters come into play.

Some have been recently floating ideas for a covert operation in Damascus, an in-house coup, a “recentralized” solution model to be based on a deal with a group from within the existing Baath powerhouse. Isn’t it better to focus on such an option? It is clear that this would be the most acceptable way out.

Despite all the risks it poses, Israel’s activism brings along also fresh questions. Given recent reports that Israel has stepped up intelligence cooperation with “some regional powers” (Saudi Arabia, Jordan and Turkey?), the priorities become clearer: to tighten Syria’s isolation, cut its ground and air links to Iran and make it easier for the opposition to choose targets.

How will the changing circumstances affect the agenda of the two leaders?

It is hard to say. But one thing is clear: If the world is to get rid of the Syrian nightmare anytime soon, the United States needs to draw up a new, result-focused road map in coordination with Turkey, Saudi Arabia, Israel and Lebanon. It is a very difficult task, but not an impossible one.

Of course, if Obama goes for it.