Musallam Al-Barrack, former MP and leader of Kuwait’s opposition, tells Jamie Etheridge that “Kuwait cannot afford to continue being an experiment for the failures of the government.” 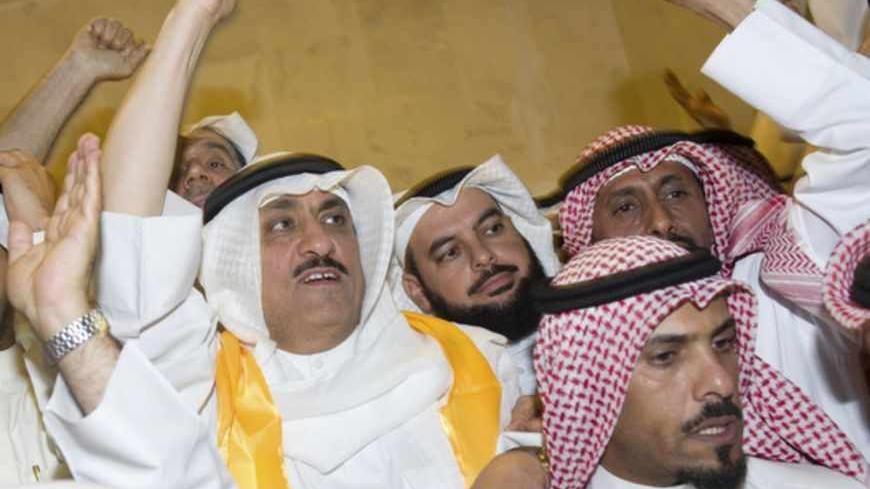 Kuwaiti former MP and opposition politician Musallam Al-Barrak (L) greets supporters from his house in Andulos, after a ruling sentenced him to jail for insulting the emir, April 15, 2013. - REUTERS/Stephanie McGehee 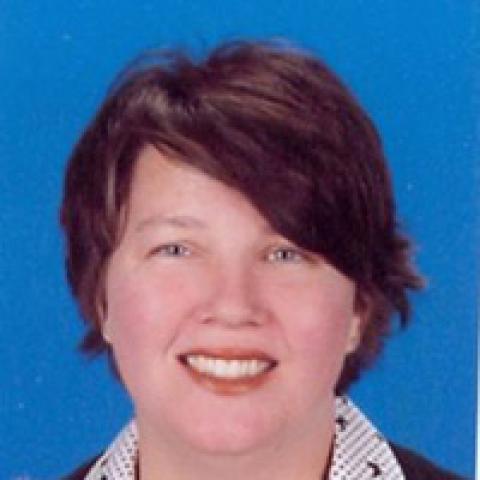 KUWAIT CITY — We meet Musallam Al-Barrack, the former MP and leader of Kuwait’s opposition, on May 2 at his father’s home in al Andalus, a suburb on the outskirts of the city. Politics in Kuwait are often a nighttime affair, especially during the searing summer months. Al-Barrack’s home is a gathering point for the opposition, and on rally nights his dewaniya (reception hall), front garden and the surrounding area will be packed with thousands of his supporters.

On this humid night, however, only a handful of white-robed Kuwaitis mill about. We’re led down a staircase to a narrow office lined with poster-sized photos of Al-Barrack.

The Kuwaiti opposition’s focus has shifted in recent days from protest rallies to court cases. More than 25 activists have been arrested and are now facing fines and jail time for insulting the emir, mostly for posting comments on Twitter. Al-Barrack himself has been handed a five-year sentence for "undermining the status of the emir" over statements he made at an October 2012 political rally warning the emir against autocracy. The emir is inviolable under the Kuwait constitution. An appellate court will resume hearing Al-Barrack’s case on May 13.

At 10 p.m. precisely, Al-Barrack strides through the door, a train of advisers close on his heels. The opposition’s front man is known for his fiery speeches and willingness to say what the rest of Kuwait is thinking.

“The larger problem for Kuwait is a fight over the distribution of wealth,” he explains. “There are people in authority who are focused on controlling the oil wealth. There is a coalition between the government and some wealthy merchants to oppress the rest of Kuwait.”

The view is a common one in Kuwait, and his willingness to voice it openly has made Al-Barrack popular. At 57, he has served six consecutive terms in parliament and in 2012 received more than 30,000 individual votes, a record in the oil-rich emirate.

Kuwait’s opposition leader is not necessarily a liberal in the Western sense of the term. A recent advocate of the freedom of speech, he’s also voted against women’s rights and for a bill that would apply the death penalty to anyone who insults the Prophet Muhammad.

“If a writer has no talent except to write something insulting to the Prophet, then his death is preferable,” Al-Barrack warns. He’s also been accused — and has denied — taking bribes from Qatar and lost his parliamentary immunity for his role in the November 2011 storming of the parliament building.

Even so, Al-Barrack is a symbol of everything the other Gulf Cooperation Council states are fearful of: a powerful tribal leader who is known for his vocal criticism of the government and a savvy politician able to build a coalition across the broad spectrum of local society including youth movements, Islamists, secularists, liberals, Shiites, Sunnis, urbanites and tribal populations. He is a leader of an opposition that increasingly wants to see the powerful monarchial system rolled back in favor of democracy.

“Now it is time for the Kuwaiti people to lead themselves,” Al-Barrack says to begin. “We do not dispute that the ruler should be from Al-Sabah,” he concedes. “But the constitution also grants the people sovereignty over themselves... we have the right to demand that the premier come from the polling stations.” The opposition is also asking for the legalization of political parties, prohibited under the current system.

He dismisses fears that the divisions within Kuwaiti society will be reflected in its political parties.

“The divisions between the people of the United States are much more than those within Kuwait,” Al-Barrack says. “If Obama’s father had migrated to Kuwait he would be a bedoon. But in America, he can be president because the US is a country that accepts people’s differences.”

Al-Barrack appeals because he is what in Kuwait passes for a centrist. He’s a conservative but does not wear the beard common to most political Islamists. He’s tribal but works with secularists, liberals, youth movements and urbanites. And as a leader of the large Mutairi tribe, Al-Barrack isn’t wholly untouchable, but his silencing will come at a cost.

Aware of this, Al-Barrack goes further than most in challenging the government’s right to rule. “Kuwait’s people are not slaves of the government; we have sovereignty over ourselves,” Al-Barrack says, a widely held view in Kuwait that likely resonates across the Gulf as never before.

Which is why the other Gulf states are watching what happens in Kuwait closely. Kuwait has been roiled by a multi-year power struggle between the government and an ever-evolving opposition. The conflict has led to repeated dissolutions of parliament, cabinet resignations and five snap polls since 2006. It has also created space for more vocal challenges to the ruling Al-Sabah’s domination of the government and influence over the parliament.

In response, the government has expanded crackdowns on illegal gatherings and Twitter comments and employed a range of tactics to weaken or divide the opposition. In mid 2012, Emir Sheikh Sabah Al-Ahmad Al-Sabah issued a decree revising the voting system, reducing the number of votes Kuwaiti citizens can cast from four to one per person. The opposition opposed the amendment and boycotted the Dec 2012 polls in protest.

Kuwait has witnessed an escalating series of protests, including violent clashes between activists and security forces leading up to and following the December polls.

Al-Barrack blames the violence on the government’s inflexibility.

“The Kuwaiti people are worried,” he says. “It’s undeniable that the Arab Spring has extended to Kuwait. But we’re not asking to overthrow the regime. What has made the situation worse is the way the government oppresses the people. We feel like our honor and dignity has been impinged upon because of the amendments to the constitution.”

The election boycott, however, has limited the opposition’s choices. It's no longer in control of parliament, the main vehicle it used to challenge the government through the questioning of ministers.

Though tensions have eased in recent weeks, the opposition is now planning a new series of rallies ahead of Al-Barrack’s appeal and a Constitutional Court ruling in June on the legality of the amendment to the voting system.

Jamie Etheridge has covered the Middle East for the last decade. She holds a masters degree in Middle Eastern Studies and has lived in Kuwait since 2004. She has published reports and analysis on the region in The Financial Times, Stratfor, Associated Press, Christian Science Monitor, Kuwait Times, Trends and other publications. Follow her on Twitter: @LeScribbler. 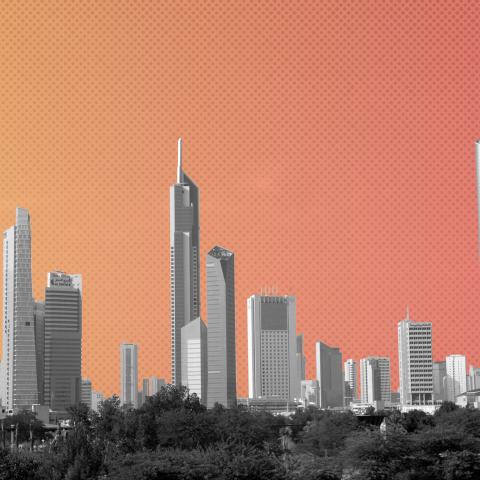 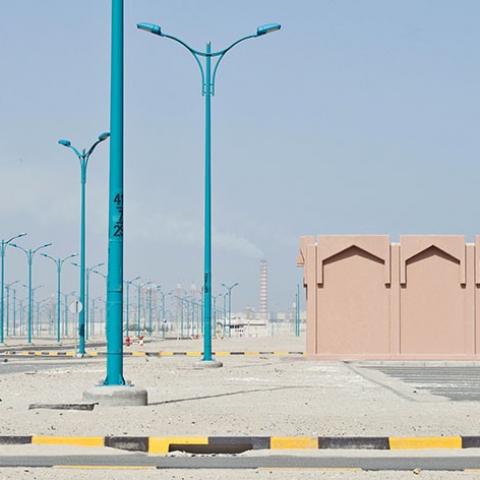