Iraq’s religious leaders need to help broker the political compromise that is eluding its political leaders. 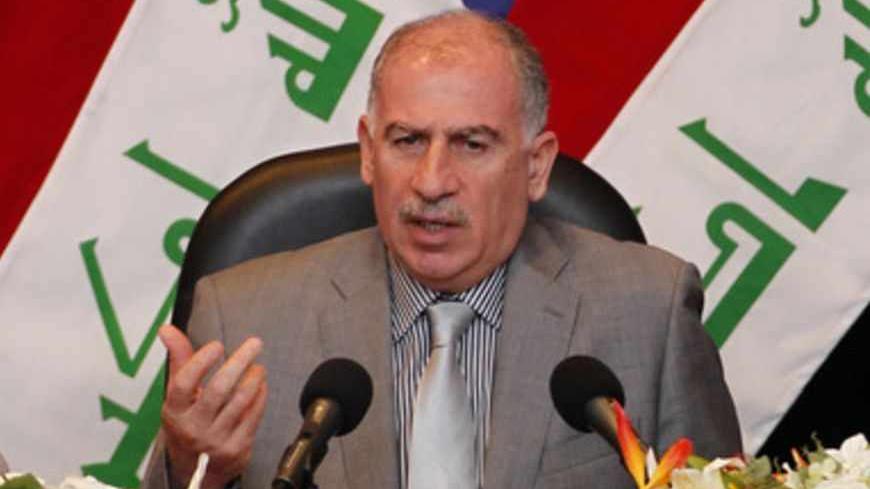 This month proved to be the deadliest in Iraq since US troops pulled out of the country. Nearly 300 people have been killed in the past week, while more than 70 were slain by several car bombs last week. The killing machine claimed lives of civilians from the Shiite and Sunni communities in what seems to be an exchange of messages by militant groups. A similar polarization divides the political class whose members exchanged blame and accusations while the sounds of deadly explosions are heard in the background.

The clash is not only sectarian and personal but is also an institutional one, as exemplified by successive press conferences held by Prime Minister Nouri al-Maliki and Speaker of Parliament Osama al-Nujaifi.  After Monday's attacks, Maliki refused Nujaifi’s calls to hold a parliamentary session to discuss the failures of the government in dealing with the security issue. Maliki said that parliament is a partner in this deterioration, urging “the members who seek to soothe the situation to avoid participation in the urgent session." He argued that such a session would be another occasion to intensify the sectarian discourse, repeatedly criticizing parliament's performance and accusing some unnamed members of using their immunity to support terrorism. Again, the prime minister threatened to uncover the names of those members and demanded to deprive them of immunity. On Tuesday, his coalition, State of Law, boycotted the session, which then became a consultative one due to the failure to reach the quorum.

After the session, Nujaifi held a press conference in which he accused Maliki of being the main reason for this deterioration and for the persistent crisis in the country. He claimed that Maliki is violating the constitution by stripping the parliament off its constitutional right to monitor the government and to hold its members accountable for their failures. He threatened to sue the prime minister because of the latter’s incitement against the parliament. “Maliki’s accusations regarding the parliament are unacceptable; it is this parliament that granted Maliki his powers to lead the country,” Nujaifi said in his press conference.

While most Iraqi politicians, including Maliki and Nujaifi, admit that the escalating security problem is related to political problems, it seems that no one has a vision about how to solve them. In fact, one should be surprised at how limited is the role played by the public institutions that were formed to peacefully manage political conflicts. While the ethno-sectarian polarization is converging with personal disputes and institutional confrontation, the political class does not seem to be equipped with the necessary state-craft to address the current crisis. The tendency to use violence is increasing especially as public institutions fail to address urgent social and political demands, and to secure broad legitimacy. Politicians are cynically willing to exploit such violence in order to obtain additional gains, even rhetorical ones.

Maliki declared that he will reconsider the security plan, and one day after his press conference he made significant changes in the security positions, including the replacement of Baghdad's operations commander. Very little hope exists that such a move will de-escalate the tension and its security ramifications. In fact, it might raise again accusations by Maliki’s opponents that he is using the current instability to strengthen his grip over armed forces and to appoint his loyalists. While refusing to have any of his military aids questioned by the parliament, Maliki’s insistence to maintain the secrecy of security issues and military operations will deepen the suspicions about his increasing authoritarianism. If Iraq’s history could give any indication, security challenges have always been used to amplify the unaccountable abuses of those in power and their tendency to bypass constitutional institutions.

Any political solution will require concessions and a sort of creativity that Iraqi politicians lack. In addition, as political groups are bracing themselves for the general election next year, the conciliatory steps appear to be less profitable in a context of sectarian division and communal mobilization.

The political elite failed to reach a constitutional formula that addresses the disagreements concerning the distribution of powers and resources, federalism and center-regions relations, along the dominant feeling of alienation among Sunnis and the relationship between legislative-executive bodies within this anomalous parliamentary system. Apart from tactical moves and "initiatives" (such as Maliki’s and Nujaifi's calls for early election), there is no road map recognizing this failure and options to overcome it. "Initiatives" coming from political leaders are not taken seriously by their opponents because of the deep distrust within the political elite. This stalemate will delegitimize the political process even further and set the conditions for the continuity or escalation of this alarming level of violence.

The common wisdom in Baghdad is that one has to wait for the next general election in 2014 and bet on a new elite deal afterward. However, building on the experience of the last election and the 10 months of negotiation that followed, the electoral outcome is not always an incentive to compromise. As Maliki opponents are voicing their distrust of any election supervised by his government, inviting him to step down before the election, there is a high probability of a scenario in which the results will be strongly contested. Furthermore, with the lack of a solution for issues raised by the protests in the Sunni areas and the increasing radicalization of some Sunni and Shiite groups, the escalation of violence could potentially jeopardize the very electoral process. Even before the election, Iraq needs a road map that can only be promoted through third parties enjoying sufficient credibility — which no Iraqi groups possess. It can be initiated or endorsed by both the Shiite Supreme cleric, Ayatollah Ali al-Sistani, and the popular and widely respected Sunni cleric, Abdul-Razaq al-Saidi. Al-Sistani, the Shiite Marji, in particular, still possesses an ethical charisma that might generate the necessary pressure on the political class to reach a new deal. Such an initiative must be encouraged by the United States, Iran and Turkey, and be supported by a more active UN representative. This initiative, if seriously adopted, would reinforce recognizable rules for the game and deal with the crucial issues that existing institutions failed to address.

Any future road map should recognize that Maliki has failed in transforming himself into a unifying figure and any possibility for him to win a third term will deepen the internal division. At the same time, Maliki and his camp should be given guarantees that their role in the political process would be secured in accordance with their electoral weight. Rotation of power is important to energize the political process and motivate new deals, but it should be conducted in a way that it does not seem as a victory or defeat for anybody.

However, the questions remain whether such an initiative would ever come; whether it can overpower the deepening sectarian tension in Iraq and the region; whether those third parties are ready to engage politically to that extent; and whether the international and regional powers would tend to de-escalate the tension in Iraq before the Syrian conflict reaches a conclusion?