An inside report on rising drug addiction and crime in Iran’s capital. 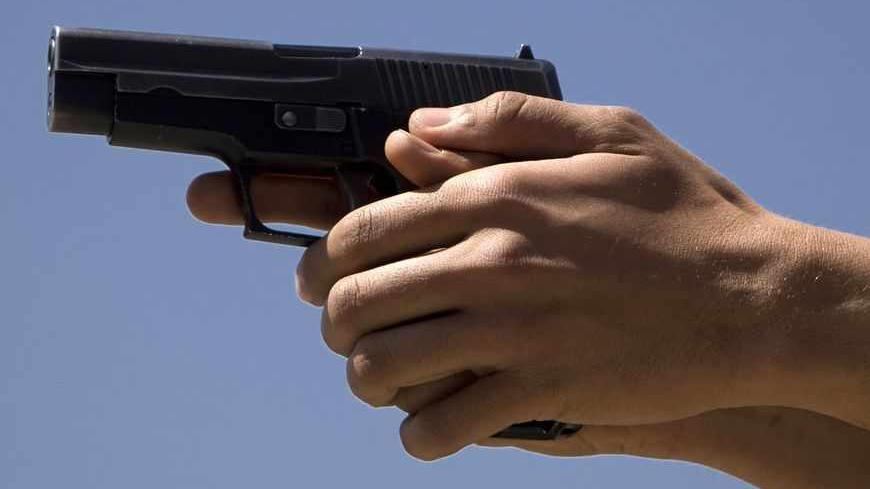 ​​TEHRAN — Just south of Tehran’s sprawling central bazaar lies a poor neighborhood called Davarze Ghar, or the "entrance to the cave," known locally for drugs and stolen goods. Groups of men and veiled women huddle together around an empty reservoir smoking the noxious amphetamine crystal meth or injecting crack, a processed form of heroin unique to the Islamic Republic.

A line of schoolgirls dressed in smart white and pink uniforms with matching plastic Barbie rucksacks are led past the reservoir by their watchful teacher, clad in a long black chador. Police on motorbikes pass by regularly but do not stop.

“In Tehran, meth is more available than bread,” says Abolfazl, a young man (whose name has been changed along with all the others') in military service fatigues, crouching against the only painted wall in the neighborhood: a huge, brightly colored mural honoring a martyr of Iran’s long war with Iraq. “There’s nothing do here. We smoke meth to forget ourselves.”

The World Drug Report frequently cites Iran as having one of the highest levels of heroin addiction in the world. Officially, Iran has 2 million drug addicts but experts agree that the real figure is significantly higher. The country’s position along the Afghanistan-Europe heroin trafficking routes and stigma among its poorer communities around alcohol are oft-cited reasons for Iran’s centuries-old drug problem. But rising unemployment, high inflation and a currency that has lost over half its value since sanctions were placed on Iran at the start of 2011 have compounded the crisis.

Joblessness has impacted traditional industrial areas such as southern Tehran, where residents also face a sharp rise in their cost of living because of the currency crisis, brought on by the sanctions and poor monetary control by President Mahmoud Ahmadinejad.

Arash, who owns a stationery business and buys his paper products from an industrial satellite town, says more than half of the factories have closed down since last year. “Production has fallen fast because it costs so much to import,” he explains. “The town now looks like a war zone.”

Reza, a social worker from nearby Moulavi, says that the closure of factories has led to an unemployment crisis and a sharp rise in drug abuse. Iran has progressive harm-reduction programs in place but Reza says the government has not allocated extra funds because the oil embargo has hit state revenues.

“These people have no jobs and they cannot afford to get married so many become disappointed,” he says, “They head to the north of the city to rob people or burgle houses to support their habit.”

Like drug addiction, no reliable figures exist for crime, but Tehran residents report a noticeable rise in Iran’s traditionally low violent crime rate. Most people have a story of a relative or neighbor who has been a victim of assault or robbery in recent months.

Lack of trust in the currency has forced Iranians to convert their bank savings into dollars and gold, making muggings and burglaries more lucrative for criminals.

“I woke up lying in an open sewer down an alley. They took everything, even my shoes,” says Hamid, who was smothered with a chloroform-soaked rag when he entered what he thought was a taxi. “I was asking everyone for help but they thought I was crazy so I walked home.”

"A year ago I would walk home at any time of night but now I worry about who is coming the other way,” says a student living in a middle-class uptown neighborhood. “The government is robbing the people so many learn from their example.”

A video circulating on YouTube shows a CCTV recording of two armed men in balaclavas enter a Tehran jeweler’s. One points an automatic weapon in the cashier’s face, while the other hurdles the counter, taking cash and jewels.

In another video a man in the street is approached in broad daylight by two men on a motorbike wearing surgical masks. One jumps off wielding a huge knife, mugging and slashing the man before making his getaway.

Similar scenes regularly appear on state-run television, edited with dramatic police raids, and appeals by members of the public for swift justice. They serve as propaganda showing Iran has crime under control.

The head of the national police, Esmail Ahmadi-Moghaddam, said that last year [which ended in March] was the safest on record in history of the Islamic Republic. He issued a near-identical statement the year before. But the authorities' reaction betrays this sanguine view. In a heavy-handed offensive, two robbers were publicly hanged earlier this year in Artists’ Park, Tehran’s most bohemian hang-out.

After CCTV footage of the violent robbery overdubbed with confessions was played on state television, the two were ushered before a judge in a Revolutionary Court within two weeks. Wearing the same clothes as those in the CCTV footage, the two were sentenced to death for "waging war on God."

The head of the judiciary, Sadegh Larijani, confirmed that the harshness of sentence, which is usually reserved for murderers, religious proselytizers and homosexuals, was issued as a deterrent

Most Iranians would likely agree to such sentences for violent criminals, although the victim of the crime reportedly said he wanted the men pardoned from death.

A shopkeeper drinks a small glass of tea outside near Artists’ Park and says: “In Iran, if you steal a wallet you’re executed, if you steal a car they throw you in prison, and if you steal billions you’re free to do whatever you want.”