The Algerian Ministry of Religious Affairs and Endowments has warned against the growth of religious extremism in the country, including takfiri Salafism. 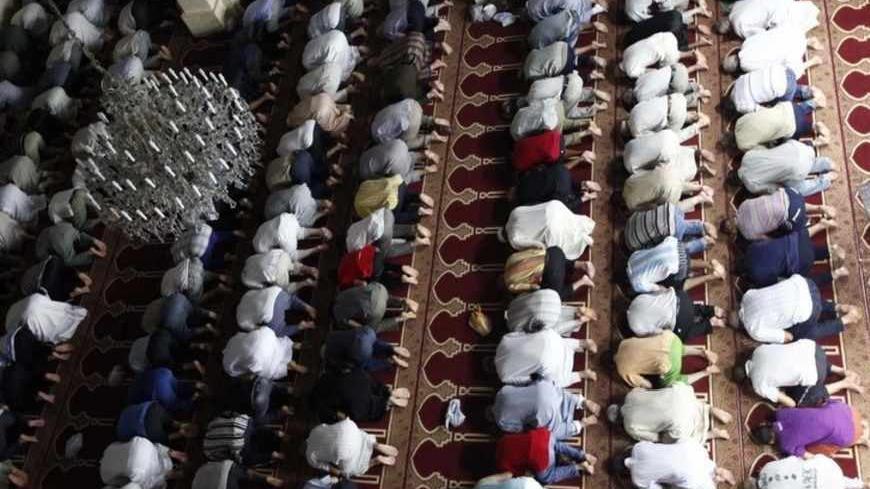 Religious tensions of ideological and sectarian origin have encumbered Maghreb countries, in particular Algeria, for the past twenty years. The recent rise of a number of radical religious movements involving Ahmedism, Salafism, Shiism, Wahhabism, and takfiri ideology have raised concerns among officials in the Algerian Ministry of Religious Affairs and Endowments, which has decided to take action by strengthening the monitoring and control of places of worship and universities — that is, the places targeted by the radical Islamists for recruits.

On May 12 in an interview with Radio Alger Chaine 3, Mohamed Aissa, the ministry's inspector general, confirmed the religious radicalization taking place in the country. Authorities, however, have indicated that they will not shirk from confronting these currents, given their awareness of the religious elite of the country.

Officials of the religious affairs ministry have concluded that these sects are putting national security and social cohesion at stake. This prospect has already had an impact on some believers, who are distancing themselves from extremist preachers.

Hadj Farid, a trader and believer, told Al-Monitor, “Since 2000, a new religious movement has emerged in our country. And honestly, I realize how difficult it is to accept the positions and ideology [of this movement].” He continued, “The movement’s philosophy is founded on violence, a phenomenon that contradicts our ancestral values, which are founded, on the other hand, on tolerance and love for one’s fellow man." Farid concluded, “It is important to pay attention to such drifts, lest we risk losing the ability to separate the wheat from the chaff.”

Aissa, in his radio interview, offered, “These sects are multiplying and organizing. The Ministry of Religious Affairs should espouse precautionary measures because all of these inclinations emanate from abroad, from countries that are not necessarily friends of Algeria.” Aissa likened the emergence of these sects to a “foreign invasion,” aimed at “destabilizing the current power balance in the Maghreb countries and the Arab world.”

During the 1990s, sects affiliated with movements abroad subjected Algeria to the unremitting torrent of a cabal of Salafists, especially in the eastern part of the country. Salafism is a Sunni movement that calls for adapting what its leaders and adherents consider to be the original form of Islam, based on the Quran and Sunnah. Other adherents have joined in the Salafis' jihad-oriented movement, increasing the risk of creating a lethal cocktail.

Ahmadism, or the Ahmadiyya movement, is an Islamic reformist and messianic movement founded by Mirza Ghulman Ahmad at the end of the 19th century in Punjab, when it was under British dominion. According to officials at the Ministry of Religious Affairs, Ahmadism is becoming as deeply entrenched in North Africa as takfiri Salafism and Wahhabism.

Algerians have painful memories of takfiri Salafism. In the early 1990s, the Armed Islamic Groups coalesced around this ideology at the extreme margins of Sunni Islam. "Takfiri" means "excommunication," and takfiris consider it permissible to kill fellow Muslims (and others) whom they deem apostates. This led to the murder of large numbers of intellectuals and journalists whose only sin was to provide media coverage of the events shaking the country.

During this period in the history of independent Algeria, the takfiris asked Muslims around them to join their sect willingly as well as unwillingly. This further widened the gap between the followers of this antiquated philosophy and other Algerians. It is hoped that the precautions being taken today will prevent further drift toward extremism within Algeria's rapidly changing society.