US Military Threats Toward Iran Do Not Work

Seyed Hossein Mousavian and Shahir ShahidSaless write that demonstrating good will, such as sanctions relief, would be the best option for a peaceful, diplomatic resolution to the nuclear negotiations with Iran. 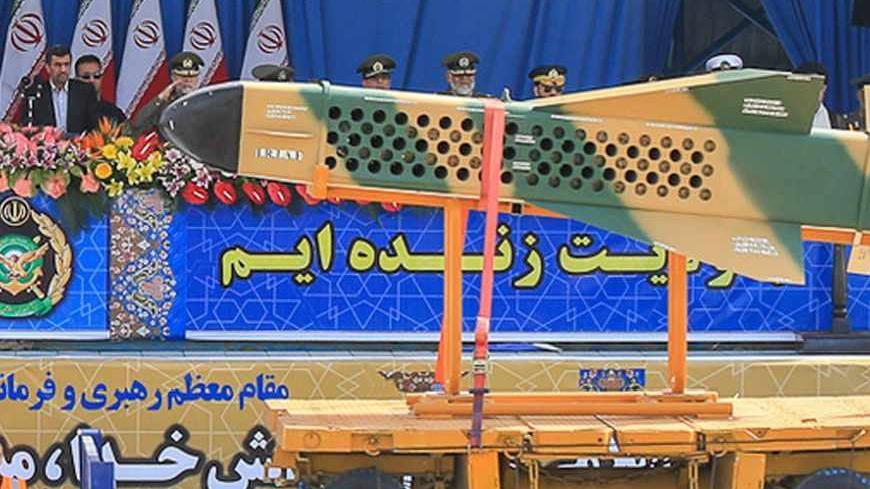 Statements by the US officials threatening to attack Iran militarily are ineffectual if not counterproductive. On March 3 at the annual AIPAC conference, Vice President Joe Biden threatened military intervention and declared, “We mean it. And let me repeat it: We … mean it.” Biden’s approach was in line with Israeli Prime Minister Benyamin Netanyahu’s message to the same conference asserting that only credible military threat will stop Iran from pursuing its nuclear program.

During President Obama’s visit to Israel in March, he told reporters: “The United States will continue to consult closely with Israel on next steps. And I will repeat, all options are on the table.” And in the latest development the US Senate Foreign Relations Committee voted to endorse Resolution 65, affirming that the United States will go to war with Iran in case Israel does.

In early April’s talks in Almaty, Iran rejected the P5+1 proposal. The Iranians argued that its commitment to the world powers' demand for maximum level transparency, assuring no nuclear breakout capability, should be rewarded by both respecting Iran’s fundamental rights to peaceful enrichment under the NPT, as well as sanctions relief. Such a rational argument should not be met by continued threats of military action against Iran. While talks are heading toward a rational direction, persistently threatening Iran with military attacks only helps to derail the current momentum, thus solidifying the impasse.

Two theories may explain the recent amplified US threats against Iran.

First, some believe that applying threats will coerce Iran to depart from its principle position defending its legitimate rights to peaceful nuclear technology. However, this strategy has never worked, nor will it work in the future.

One major reason among several is a broadly shared view among Iran’s power elite that any compromise, such as suspending uranium enrichment, “under coercion, threat, and intimidation,” would open the door to more coercion and demands of concessions by the United States. They maintain any flexibility would mean to the US that coercion is working; therefore, it will start raising other issues such as human rights and sponsoring terrorism to clamp down with even more threats and pressure to topple nezam (the political system).

Moreover, military threats are ineffectual in persuading the Iranians to halt their peaceful nuclear program because military experts in Iran believe the US cannot sustain a long-term military operation. Among several destabilizing responses at their disposal, they believe that by conducting an asymmetric war in the Persian Gulf, the passage of oil cargo will become exceedingly dangerous and the flow of oil will almost come to a halt. This, they reason, will cause oil prices to skyrocket, potentially forcing the US military to retreat under economic pressure from inside the United States, as well as from the international community.

Whether Tehran is militarily capable of doing this or not is not the issue. The issue is that, in the minds of Iranians, Iran has the potential and capacity to disrupt oil production in the region by attacking oil tankers, pipelines, refineries, and production facilities. With this perspective in mind, the language of threat is not an effective weapon, as Iranians believe it can only go so far.

The second theory supporting heightened threats against Iran is that the US genuinely “means it” and intends to attack Iran if the current talks fall short of US expectations. If this theory holds the strategy is blemished on several accounts.

On Sept. 13, 2012, a document titled Weighing the Benefits and Costs of Military Action Against Iran was released after being signed by more than 30 senior security experts of the United States, from the high ranks of elected office, military, and diplomatic branches. Among the signatories were well-known names which interestingly included the recently confirmed Defense Secretary Chuck Hagel.

The report concluded that a unilateral attack by Israel would set the Iranian nuclear program back only two years while an American attack would set the program back four years. No attack can eliminate the indigenous nuclear know-how Iranians have acquired. If Iran is attacked, it will pull out of the NPT and prospectively seek nuclear weaponization. That would defeat the purpose of US coercive policies. But more importantly, an attack on Iran’s nuclear facilities will undoubtedly result in an all-out war, even if the US does not intend to enter one. Iran will react as fiercely as it can.

The US approach of heightened threats against Iran will not work. If the US government truly seeks a diplomatic solution, then — contrary to its belief — this language acts is a major obstacle in reaching such solution. Moreover, if the US intends to attack Iran, it should not underestimate Iran’s capabilities. Underestimation has been the leading factor of many protracted wars including the US wars in Vietnam and Afghanistan.

Meanwhile, the consequences of such war for the US would be even larger than the Afghanistan and Iraq wars combined.

On April 17, “The Iran Project” released its third report titled, Strategic Options for Iran: Balancing Pressure with Diplomacy. Former senior national security officials, military officers and experts with decades of Middle East experience joined to present a balanced report on the strategic options for dealing with Iran. In that report, it was argued that the time has come for Washington for real engagement with Iran.The authors and supporters of the report assess that 90% of the energy that the US spends on the nuclear issue is dedicated to sanctions, not diplomacy. They call on Washington to balance, get beyond the nuclear program with Iran, and discuss wide range of issues of common interest such as Afghanistan, Iraq, and Syria. The reality is that the US has never tried a genuine strategic engagement with Iran.

Iranians elect a new president in June 2013 and most likely will select a moderate candidate who's loyal to the supreme leader and seeking rapprochement with the US. Washington should end its 34-year failed strategy of coercion and instead prepare a new agenda for making peace with Iran. Demonstrating good will through constructive, meaningful actions would be the right approach to a peaceful solution, thus thwarting a disastrous war.

After 2½ years of intense legal work, the European Court of Justice ordered the EU to lift its sanctions against an Iranian bank. As the first step toward containing tensions and moving toward a diplomatic solution, President Obama could avoid blocking the implementation of the European court’s verdict.  This would be an easy, legal, and fast-acting option for the US to show benevolence, thus enabling Iran to take the next trust-building steps.

Seyed Hossein Mousavian is associate scholar at Princeton University. He served as the Head of Foreign Relation Committee of Iran’s National Security Council from 1997 to 2005. He is author of The Iranian Nuclear Crisis: A Memoir, published by Carnegie Endowment for International Peace in 2012.

by Haitham EL-TABEI with AFP correspondents in the Middle East | AFP | May 17, 2022
END_OF_DOCUMENT_TOKEN_TO_BE_REPLACED