An updated version of Atallah Mansour's book provides a unique, first-hand look into the experiences of Arab citizens of Israel. 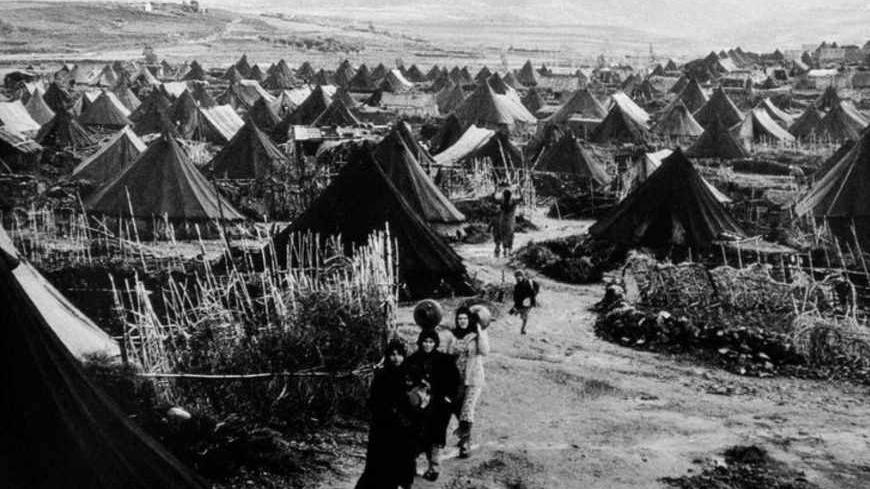 Haifa University student Rabae Eid’s interruption of US President Barack Obama’s speech in Jerusalem was more than just an act of a radical heckler. The 24-year-old’s rejection of Obama’s demand that Palestinians must recognize Israel as a Jewish state echoed the feelings of more than 20% of the population of today’s Israel who are not Jewish.

No one tells the story of the Arabs of Israel better than the people who have lived through the decades since the establishment of Israel. And among those, no one better tells their story than Nazareth-based Atallah Mansour, perhaps the most prominent of his generation.

Mansour, who grew up in the Galilee, relates the story of his people in a comprehensive first person narrative in his book Still Waiting for the Dawn.

The story of the dispossession and discrimination that Palestinians witnessed first-hand during the creation of Israel begins early on for Atallah Mansour. His family and the people of their village, Jish, were spared at the very last minute thanks to a phone call made by the town’s Maronite priest to a Jewish friend. Villagers in nearby Iqrit and Berum, who along with Jish were asked to vacate for two weeks because of the dangers as a result of hostilities from the nearby Lebanese border, were not so fortunate. Those two weeks in which the villagers from these two predominately Christian Arab villages slept under the surrounding trees has turned into decades of abandonment. The idea of refugees within their own country is told in vivid detail by Mansour, whose parents initially sent him to Lebanon to study, but then brought him back for fear that new, racist Israeli laws would bar him forever from being reunited with his family.

Mansour’s early education and connections with some left-wing Israelis provided him with an opportunity to write for a variety of Israeli publications, especially Haaretz. In time, he became the most-read journalist covering the lives and challenges of what has since become Israel’s Arab minority population.

Still Waiting for the Dawn is Mansour’s personal journey with his own people as they adopt to the new regime that became responsible for their lives, but one that paid little attention to them despite Mansour’s rare opportunity to meet in person with David Ben Gurion, who surprisingly responded to a letter the young Mansour sent to Israel’s first prime minister.

Mansour’s English-language book is a powerful testimony of the difficulties and challenges that the Arab Palestinian population faced within a newly established state that clearly favored its Jewish Zionist citizens. From travel bans to sheer poverty and lack of governmental development funds, Mansour’s book weaves between the personal and the communal in telling a previously unknown story of the more than 1.5 million Palestinian Muslims and Christians who make up one- fifth of Israel’s population.

Perhaps the most intriguing part of Still Waiting for the Dawn is the personal ideological journey of its author whose search, along with his people, for a national identity is reflected in every page. It traces his upbringing as a Greek Catholic in Israel while the Abdel Nasser pan-Arab identity was being formulated and then retracted, then after the 1967 war and the rise of Palestinian nationalism, turning more inward in a journey of solidarity with Palestinian yearning for national identity and statehood, climaxing with the rise of the PLO. The peace agreement between Egypt and Israel, which caused a temporary retraction of the Palestinian role in regional politics, and the rise of right-wing settler ideology that forces the eruption of the first intifada leading to the Palestinian-Israeli Oslo Accords are followed from the standpoint of an eyewitness. The ups and downs of peace and war are all viewed from the perspective of a Palestinian in Israel, which has rarely been seen in book form.

One of the most intriguing aspects of Still Waiting for the Dawn is the details of political life among Palestinians citizens of Israel. The rise of Rakah, the Jewish-Arab Communist party and its fight for equality, the short lived al-Balad pan-Arabist movement and the adoration of Abdel Nasser in the 1960s, is recounted with the kind of precision only a person living this period can write. We follow throughout this period the constant attempts by Zionists to integrate Arabs into their parties without any serious effort to recognize their national or humanitarian needs.

The story of the massacre of Palestinian workers from Kufr Qassem returning from the field during the 1956 war, unaware that a curfew had been declared only to be gun downed mercilessly by soldiers, is put in perspective of the victims and the way it affected the community. The story of indifference is further confirmed by the travesty of justice when the Israeli military commander who ordered this killing is convicted, but asked to pay a nominal one agora for his brutal orders to kill fifty of his own citizens.

The author has added a few chapters to the older version and at certain places has updated some of its content. The long period over which the book was written leaves the reader at times confused, as the constantly changing terminologies and attitudes reflect the mood of the times.

Overall, Atallah Mansour’s recent book is a powerful and important testimony that any student of the political and humanitarian state of Arabs in Israel must read.

Daoud Kuttab is a contributing writer for Al-Monitor's Palestine Pulse. A Palestinian journalist and media activist, he is a former Ferris Professor of journalism at Princeton University and is currently the director general of Community Media Network, a not-for-profit organization dedicated to advancing independent media in the Arab region. He tweets from @daoudkuttab