KRG Minister: Our Problem With Baghdad Lies in the Budget

The Kurdistan Regional Government’s reconstruction minister talks about the ministry’s plans to revitalize the housing sector and notes that the region’s problems with Baghdad center on budget allocations, writes Abdel Hamid Zebari. 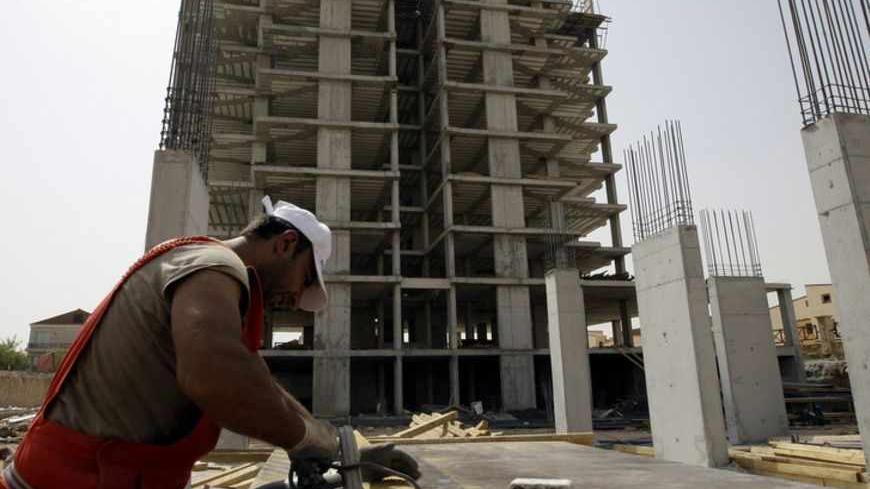 A man works at a construction site in Iraq's northern province of Erbil, Sept. 25, 2010. - REUTERS/Azad Lashkari

Minister of Housing and Reconstruction in the Kurdistan Regional Government (KRG) Kamaran Ahmed, complains that the central government has shown a lack of earnestness when it comes to disbursing the KRG’s budget share. This share amounts to 17% of the total general budget and will be used to move forward with the reconstruction projects.

Ahmed believes that the region has accomplished a great deal of reconstruction with little money, stressing that security and stability have positively impacted urban development in the three major Kurdish cities of Erbil, Sulaymaniyah and Dohuk. In an interview with Al-Monitor, Ahmed affirmed that his ministry has succeeded in accomplishing 70% of the reconstruction plan. Below is the text of the interview:

Al-Monitor:  How far have reconstruction efforts gone in the Kurdistan region of Iraq?

Ahmed:  The reconstruction process is comprehensive and does not only comprise one field; it includes electricity, water, sewage systems, roads, bridges, hospitals, universities and schools. If we compare the current situation with that of the past, we will note that, in comparison with 2003, we are going through a new phase and we have accomplished 70% of the plan on all levels.

These accomplishments, as noted before, are comprehensive. However, as the Ministry of Housing and Reconstruction, we channel our focus on two major activities: developing highway infrastructure and constructing residential units. We are even more focused on the highways and currently have a strategic plan to link all the cities of the region with two-way roads. The plan has come into effect and is expected to be completed by 2017.

Al-Monitor:  What are the accomplishments in the housing sector thus far?

Ahmed:  We are working on two programs. The first is executed by the private sector — the Investment Commission grants [building] permits and a significant number of residential units have been built. The second program is carried out by the Ministry of Housing and Reconstruction. We have built many residential units, yet, since 2011 — pursuant to Law No. 7 — we have been building residential units for low-income citizens who pay for these units via long-term loans.

In 2011, we built 1,000 apartments and in 2012, the budget included allocations to build 5,000 units in all cities of the region. In 2013, the budget also included allocations to build the 5,000 units, whose construction began in 2011. Some of these construction projects have been completed, while some are still ongoing, and this is what the government is currently working on, whether with the private or public sector. An institution is to be established to supervise housing projects, so as to avoid recommitting past mistakes. Once this institution is established, an unprecedented development in the housing field will come to pass.

Al-Monitor:  What level has urban sprawl reached in the Kurdistan region of Iraq?

Ahmed:  In general, in the Kurdistan region of Iraq, not only the main cities but also the small towns, have started to be transformed into cities, given the high level of urban expansion.

Al-Monitor:  According to Kurdish statistics, following the Anfal Campaign in the 1980s, 4,000 villages were demolished. Currently, what percentage of these villages have been rebuilt?

Ahmed:  There was not a single village that wasn’t rebuilt, or whose residents did not return because of a lack of reconstruction efforts. However, revitalizing these villages isn’t only about providing services, it also involves providing job opportunities. The livelihoods of the residents were destroyed along with the village. Yet despite this, reconstruction efforts have reached high levels; we are currently going through a transitive phase and we have growing needs in all sectors. This is why we could not focus on one sector and abandon the rest. Our budget is limited and our priority is to reconstruct what was demolished in the region.

Al-Monitor:  Is the Kurdistan region’s share of the general budget sufficient to meet region’s aspirations in the field of reconstruction?

Ahmed:  The budget the region receives — which is said to be 17% [of the total Iraqi budget] — does not exceed 11%. Despite this, we were able to begin reconstruction efforts with the budget allocated. Each year, we spend all of the allocated amounts and we face a deficit because the services outweigh the budget.

Al-Monitor:  Do you believe that security and stability have a positive effect on the reconstruction process?

Ahmed:  Without a doubt. This is a truth that cannot be denied, because if security isn’t ensured nothing can be accomplished, even if money is available. Security is the number one factor in the region that has contributed to the development of the housing and reconstruction process.

I believe that the reconstruction process is absent in other Iraqi cities because there is neither security nor stability — particularly administrative stability — which are the main reasons behind drafting strategic plans and initiating reconstruction projects. In all cases, if the government cannot provide services to its citizens, it must retreat and open the door to others.

The Iraqi people have sacrificed a lot and deserve to enjoy all sorts of services. I am not claiming that here in the Kurdistan region of Iraq we have already provided all the services that the people deserve. However, looking at the progress we have accomplished in all sectors thus far, we know that we have a strategic plan, according to which we are working to yield results that prove satisfactory to the people.

Al-Monitor:  Have the problems between Baghdad and Erbil affected reconstruction projects? Do you have joint projects with the federal Ministry of Reconstruction in Baghdad?

Ahmed:  We have good relationships with the Ministry of Construction in Baghdad, especially when it comes to the strategic plan involving highways and information exchange. In fact, the problem with the federal government lies in the budget; we do not feel as though we are partners. We feel that they are trying to contain us, while it is our right to have a share of the Iraqi general budget.

Al-Monitor:  When it comes to highways — whether internal highways or those linking Iraq with neighboring countries — what has been accomplished in that field?