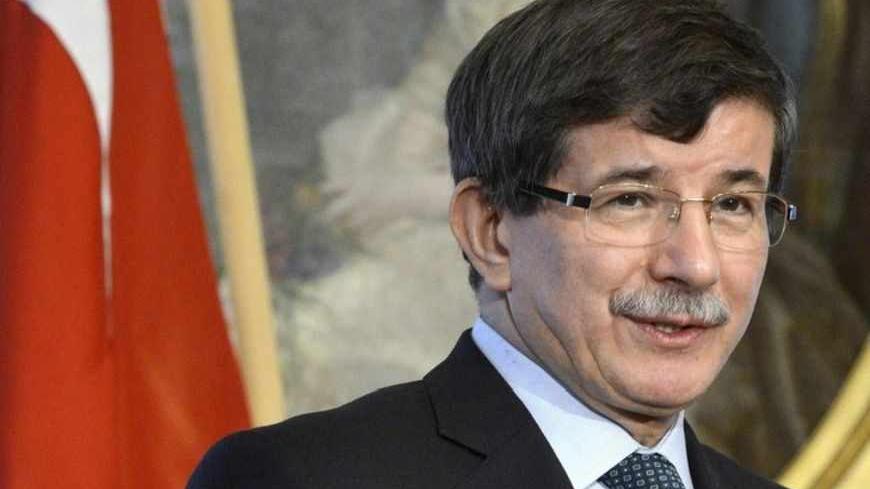 Turkish Foreign Minister Ahmet Davutoğlu is probably one of the world's busiest men. In other words, it's not easy for a journalist to have a chance for a long interview with him. That is why I was pleased last weekend to get a call from his media adviser inviting me to join Davutoğlu's official trip to the Netherlands. The minister would stay in the Dutch capital only for 12 hours for an international summit, I was told, before flying to Kyrgyzstan for another meeting. But he would have free time on the plane.

I accepted, knowing that "plane interviews" have become a phenomenon in Turkish journalism. The president, the prime minister or the foreign minister often take journalists with them, who are not necessarily friendly but at least objective in their eyes, and give them exclusive remarks.

Hence, on Monday night [April 8], I made it to the small, official plane that Davutoğlu uses in most of his trips. Among the dozen people who filled the seats, there were senior advisors, high-ranking diplomats and two journalists.

When we began chatting with Davutoğlu, he first noted how overwhelming his schedule was — something that he did not complain about, but felt proud of. He had just twice received US Secretary of State John Kerry, along with the foreign ministers of Mali, South Sudan and the European Union. He had negotiated a deal between Somali and Somaliland, and was heading to Jeddah soon for the Myanmar Contact Group formed by the Organization of Islamic Cooperation. No previous Turkish foreign minister had such a scope of work, he noted, reminding that Turkey's foreign policy used to be much more reserved throughout the past century.

Then we came to the burning issues of the day, such as Syria. I asked Davutoğlu how he believed the current bloodshed would come to an end. He suggested that the Assad regime would come to a point of recognizing that it cannot sustain its current stand, "thanks to changes on the ground and more pressure from the international community." He added that, in post-Assad Syria, Turkey was hoping to help build "a democratic system in which all religions and ethnic groups will be represented." Ankara supported not "the destruction of the Syrian state," but only the overthrow of the individuals "who have committed atrocities against their own people."

But what about the extremists within the Syrian opposition that the United States is extremely concerned about? Here, Davutoğlu said, "Turkey has concerns about those groups as well," which was an important point to note. But he added that the current carnage in Syria is Turkey's most urgent consideration, and focusing on the negative scenarios about the post-Assad phase would only help continuing the current phase.

As I listened to Davutoğlu, I felt that he found the Obama administration's stance on Syria over-cautious, if not timid. But I know that he was not a fan of the Bush administration's unilateral bravado, either. His ideal Washington was perhaps somewhere in between these two opposites.

Then we spoke about the Kurds of Syria. I asked Davutoğlu about the PYD, the largest Kurdish faction there, which is dubbed in Turkey as "the Syrian PKK," because of the PYD's affinity with Turkey's longtime bête noire. It has also been argued in the Turkish media that the PYD was in a tacit alliance with the Assad regime, further alarming Ankara. But there were also news in the Turkish press that the PKK's jailed leader, Abdullah Öcalan, who recently initiated a "peace process" with Turkey, had sent a message to PYD, telling them not to be pro-Assad and anti-Turkish.

Davutoğlu did not confirm this news, but still noted, "the positive atmosphere in Turkey [with regards to the PKK] seems to have a reflection in Syria as well." In other words, Ankara was aware that the PYD is in some soul-searching, and Davutoğlu listed three conditions that is expected from this group: "The PYD should not support the Assad regime, it should not create a unilateral, de facto autonomy before the convening of an elected parliament in Syria, and it should not support any aggression against Turkey."

Here, I also read a subtext: Turkey would not be against any status that Kurds could achieve in a democratic Syria through political consensus, and, of course, bargaining.

The discussion on Syrian Kurds inevitably took us the discussion on Iraqi Kurds. Here I found a very positive tone with regards to the Kurdistan Regional Government (KRG) in northern Iraq. Davutoğlu spoke highly of Massoud Barzani, the leader of the KRG, as "a man of his word," and said that Turkey's cooperation with Iraqi Kurds would only deepen, while "Turkey's dedication to Iraq's territorial integrity will remain." On the much-discussed energy deal between Turkey and the KRG, Davutoğlu commented only by reminding [us of] Turkey’s energy needs. I found it very safe to assume that northern Iraqi oil would indeed flow from Turkish territory soon.

Finally, there was the issue of peace process between the Israelis and the Palestinians, and Turkey's potential contribution to it. First, Davutoğlu said the "news" in the Israeli news media suggesting that the Mahmoud Abbas administration was opposed to Turkey's involvement was false, as the Palestine Authority had also confirmed. He also added that "it is wrong, and even ill-intended, to limit Turkey's role in this issue to its contacts with Hamas." I sensed that he was responding to Turkey's paranoid nationalists who believe that the US government routinely gives "jobs" to Ankara, and the latest job was to "moderate Hamas."

"Hamas will decide what it will do," Davutoğlu said, only to remind that Turkey's policy is to support a two-state solution based on pre-1967 borders. And it was not just Hamas but also Israel, he added, who needs to make up its mind on this formula.

There were more questions to ask, but the plane was already close to Rotterdam. I said goodbye to Davutoğlu, and wished bon voyage to Bishkek. Whether he could really bring Turkey to the central position in the region was a question which would be judged in the years to come. But nobody could say that he was not trying enough.